“I couldn’t stand by and watch. The coronavirus is an ugly beast. People are really sick. It’s all very demanding, we must try to stay close to them until the epidemic passes. Facing so much pain, a doctor cannot be insensitive to the wave of need emerging from hospitals. . . . And so, after three months of retirement, after a life of curing patients, I decided to go back to the beds of the wards and the emergency rooms clogged with people with the virus.”

These words, from a physician in Perugia, are echoed by numerous other medical figures in Italy, where many have come out of retirement during the crisis to embrace the teaching of Hippocrates to “help the sick according to my ability and judgment.” Last month, over 7,000 doctors—including the retired—responded en masse to the Italian government’s call for help. Their voluntarism embodies the idea of a doctor as a Hippocratic “servant and guardian of life,” from the first to the last moment. They’re at the service of the person, so that life is taken care of in every situation and in its harmonious totality, even when a patient faces little hope of a cure, as is true of too many now—especially the old and those with underlying health problems.

By early April, more than 70 Italian doctors, many of them retirees who returned to service, had died battling Covid-19. Their sacrifice calls to mind not only Hippocrates but also the Gospel of Luke’s Good Samaritan, who acts with compassion when in direct contact with the stricken.

The physician Alberto Malliani once beautifully observed: “Medicine is not only a science, but a complex discipline with scientific bases which has as its object both man as biology and man as expressive of the human condition. . . . A doctor can ignore neither the differences that exist between the effects of carbon monoxide and carbon dioxide, nor the thousand faces of human suffering. That is, the doctor should think vertically.”

This truth reflects the deepest meaning of the medical profession. Italy’s medical warriors have exemplified this devotion to patients.

Flavio Felice is full professor, history of political doctrines, at Umanistic, Social and Training Sciences Department (SUSeF) of the University of Molise. He is chief editor of the scientific journal Prospettiva Persona, president of the Tocqueville-Acton Centre for Studies and Research in Milan, and author of The Limits of People: Democracy and Political Authority in Luigi Sturzo’s Thought (2020) and Poisoned Democracy (2018). Mario Timio is a former professor of cardiology at a teaching hospital in Foligno, Italy. 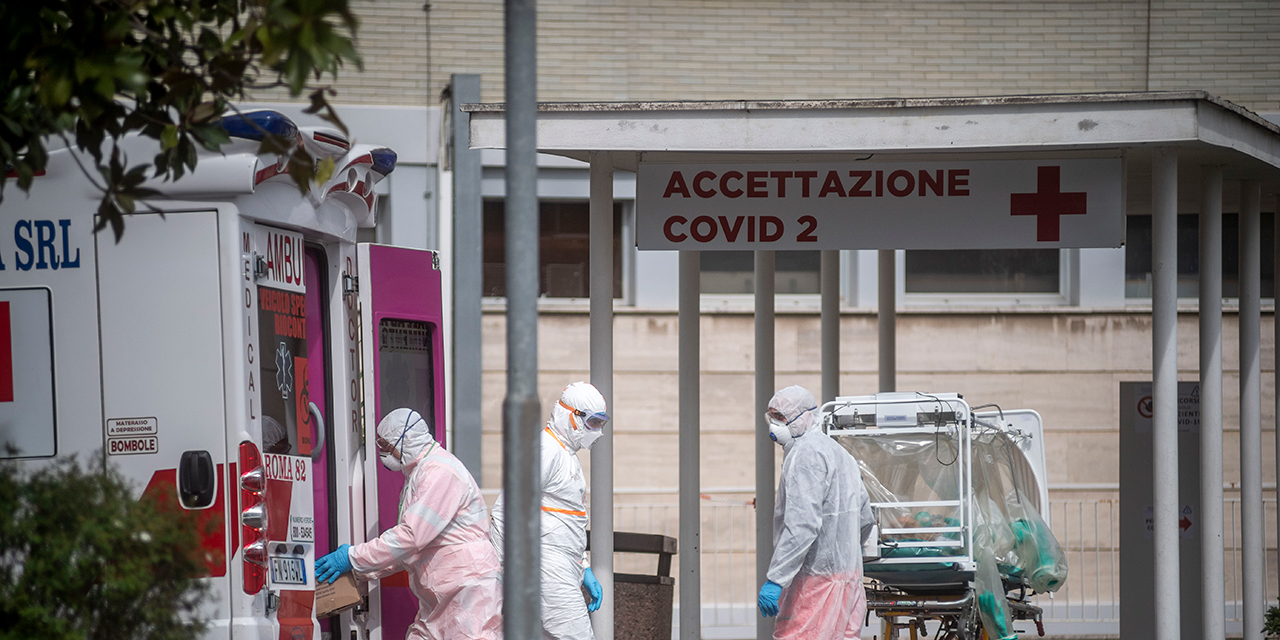 Flavio Felice Amid profound sadness, a will to recover our authentic humanity
More on