“The year was 2081, and everybody was finally equal.” Thus opens “Harrison Bergeron,” a piercing piece of science fiction published in 1961 by Kurt Vonnegut. Vonnegut depicted an alternate America in which the federal government meticulously crafted measures to quantify even tiny differences between individuals, and then, through “the unceasing vigilance of agents,” ironed out those differences in the most brutal fashion. In 1961, nobody much expected such a danger to present itself. Today, however, Vonnegut’s story feels less like fantasy. Our gradual national policy shift toward enforcing equality of result has taken on an aspect of inexorability disturbing even to the stubbornest Reaganite optimist. How, and when, did this shift happen?

One answer, as per Vonnegut, starts with measurement. Back in those same early 1960s, a Social Security Administration economist named Mollie Orshansky, concerned about the “dollar gap” between rich and poor, set out to create a statistic to quantify poverty nationwide. Such work was then a novel endeavor, and for good reason: most Americans did not see poverty as a permanent state. Looking at prices for the year 1959, Orshansky identified an income threshold below which a family would struggle to feed itself even a basic diet. That threshold, Orshansky reckoned, was around $3,000. By this measure, about 39 million Americans, or 24 percent of the population at the time, were poor.

In the late 1950s and early 1960s, though, the rate of poverty was in fact steadily dropping. By 1966—in another reckoning, with a slightly different data set—Orshansky put poverty at 17.7 percent. Growth was vanquishing poverty, largely without redistribution. This accorded with the general assumption that poverty could be temporary.

No matter. “Whenever one speaks about the distribution of wealth, politics is never very far behind,” one of Orshansky’s successors, the French economist Thomas Piketty, would say many years later. Armed with this new data point, swiftly elevated to an official product of the Census Bureau, President Lyndon Johnson declared “unconditional war on poverty.” Not satisfied with containment, after his own election in 1964 gave him strong majorities in both Houses of Congress, Johnson opted for a strategy of massive retaliation, securing commitment from Congress to more than 100 different programs, together known as the Great Society. Most of these—Medicare, for example—ran from the top down. Federal funding for education flowed to public universities and public schools. Others represented a kind of faux federalism, whereby Washington, via subsidy and flattery, bribed states and counties into surrendering authority over areas (roads, housing) they had historically controlled.

Johnson sold poverty as pretext so hard that he managed to amuse even those whose constituencies appeared to benefit from the drive. “We didn’t know we were poor until we read your book,” Martin Luther King joked to Michael Harrington, author of The Other America. The president paid lip service to the older goal of equality of opportunity, allowing that people deserved a chance to “develop and use their capacities.” But Johnson’s domestic war emphasized equality of result, institutionalizing the imperative of top-down economic and social redistribution. “Freedom is not enough,” as Johnson put it in a later speech.

Trillions later, poverty refused to be cured. By the 1970s, the Census Bureau’s poverty number was stalling above the 10 percent line. Nonetheless, more money was extracted from taxpayers as the decades unfolded. Justifying the redistribution emphasis was another Census table that compared the ratio of the income of the top fifth of households with that of the bottom fifth. Zero-sum statistics like this—someone is always at the bottom, after all—provided fertile ground for a flower historically inimical to American soil: envy. As the imperative of ending income inequality became received wisdom, this Census Bureau ratio and a related measure, the Gini Coefficient, served as the basis for fresh spending. Against such a trend, even the compelling welfare reform of Bill Clinton and Newt Gingrich made only modest headway.

Today, the Census poverty rate and its distribution tables are treated as marks of American shame. Energizing activists is the fact that the Census Bureau’s ratio of incomes at top and bottom now stands at 18 to one, more dramatic than in the 1960s. Piketty and others are raising financial inequality to a kind of global foe, as per a recent call to arms by the European Council: “Eradicate Poverty Through Human Rights Based Fiscal Policies.” The now-permanent war on poverty drowns out dissent—including that of citizens who from time to time wonder whether more spending really helps, and if the Census’s ancient measure captures what really is transpiring in the lives of ordinary citizens. 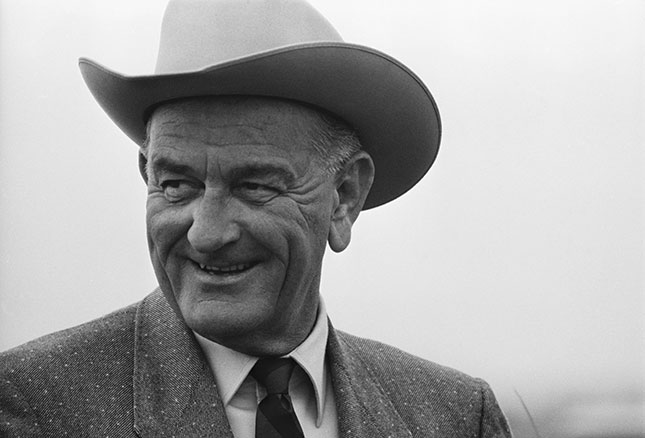 All the more valuable, then, is The Myth of American Inequality: How Government Biases Policy Debate, a book that in galley form so allured me that I wrote a blurb for the jacket. In this authoritative volume, based largely on official statistics, former U.S. senator Phil Gramm and economists Robert Ekelund and John Early crack open the databases to examine the great mystery of poverty. In the process, they reveal an astounding fact: Lyndon Johnson has finally won his war.

The true poverty rate, they show, is less than 3 percent—not 11.6 percent, the figure the Census Bureau gives for 2021. The disparity between top earners and bottom earners is not 16 or 18 to one but four to one. The bottom half of American households earn or receive, one way or another, about the same amount in money or money equivalents. There’s no need to establish universal basic income, the current anti-poverty favorite. Lower earners already receive such income in the form of the earned income tax credit and more than 100 other forms of payment or benefit. The year is only 2022; yet, to cite Vonnegut, everybody is finally equal.

For this, we can thank Johnson and the political culture of redistribution he installed. As Gramm and his coauthors explain, the official Census Department poverty measure is so much higher than their own because the Census ignores benefits that lower earners receive as well as the tax rebates of the earned income tax credit. The Bureau of Labor Statistics reports that lower earners spend twice what they receive as income. As for the income disparity between rich and poor, the authors point out another distortion: such statistics do not count the taxes higher earners pay under our progressive rate structure. Households in the 96th, 97th, or 98th percentile of income are no Warren Buffetts. They still earn much of their money in the form of wages, which means they shoulder a heavy tax burden. Top earners also pay into a Social Security system loaded against them and toward lower earners. The top 1 percent makes for a good class-war target, but they make up only a small share of Americans.

Among the many perversities covered in The Myth of Inequality is Medicare. Here, perhaps, lies another clue to our complacency. Medicare flows to all senior citizens, not just the poor. Citizens who are themselves habituated to benefits tend out of guilt to feel that they aren’t doing enough for others, so they support yet more benefits for lower earners. Yet the rich not only pay for but also employ or invest in many other people. The authors devote an entire chapter to this group.

The fallacy in the anti-poverty undertaking holds that differences in earnings or wealth betray something inherently wrong about America. After all, we no longer all dwell on some greedy lord’s estate, but rather in a society that often permits even the non-landed to make their way—and even to become wealthy. This transpires through the development of productive ideas we could not have imagined just five years ago, let alone when Johnson signed the Great Society into law. The motivation of capital gains or business profits—to name two forms of revenue so vilified nowadays—has given us products from which most of us benefit, from Amazon to Uber to lifesaving drugs.

As The Myth of Inequality points out, redistribution culture has adversely affected lower earners. The state of affairs today is tragically distant from Johnson’s secondary aspiration of enabling citizens to “use their capacities”; Americans of little income have stopped working. Social mobility remains possible, but low earners increasingly struggle to move up. Staying home does not often help young people to develop skills, and indeed “enshackles” them—to use the verb of John Cogan, author of The High Cost of Good Intentions. The share of working-age Americans at the bottom of the government’s tables opting not to work has doubled since Johnson’s day. Covid payroll protection can only have strengthened that trend. Though the authors penned this book during the pandemic, a 2022 study by the University of Chicago’s Casey Mulligan, which finds a correlation between Covid unemployment payments and drug-related deaths, supports their conclusion: work is better than the basement couch or man cave.

Yet Gramm, Early, and Ekelund end on an optimistic note. “In the non-zero-sum world we live in,” they note, “it does not follow that democracy is necessarily unstable and must lead to tyranny.” The solutions the trio proffer return to the old emphasis on equality of opportunity—starting with school reform, specifically policies that give parents control of education-funding resources. The authors also argue for a new welfare reform more thorough than the 1990s version in order to draw non-earners back into the economy.

Missing here is a thorough review of the costs that the progressive tax structure has exacted from our economy, especially in the 1970s, and analysis of the effects that redistributors’ higher taxes would have on productivity. These days, too many people seem unaware of the potential damage of, say, wealth-tax proposals mooted by Senator Elizabeth Warren or Professor Piketty. But perhaps the authors will make the tax challenge the stuff of their next book.

Amity Shlaes is the author of Great Society: A New History, Coolidge, and The Forgotten Man: A New History of the Great Depression.

Amity Shlaes America’s past crises show that a free-market policy is the best way forward.
More on