A Land Without Charters

Democratic presidential candidates are moving left on charter schools, with several campaigning to limit or control school choice. This development should concern families living in America’s largest cities, where charters are helping minority students close the achievement gap. To get a sense of what’s at stake for urban communities if the school-choice movement weakens, consider how low-income communities in Canada have fared without such options.

A recent case study published by a nonprofit that I help lead, Road Home Research & Analysis, found that in Canadian provinces without charter schools, community groups have limited tools with which to overcome student-achievement gaps. The study, authored by Bryan Ekeh and Chinweizu Okeke, shows why school choice is needed in Canada—and why it must be protected in the United States.

Toronto’s Jane and Finch community resembles some of the U.S. neighborhoods where successful charter schools have taken root. Located in the city’s northwest, the community is home to over 80,000 people of mostly Caribbean or African descent. Jane and Finch is also one of Toronto’s youngest neighborhoods, with many low-income families living in public housing. The community confronts significant challenges, including higher crime rates and lower access to social services, and it’s considered the most dangerous place for a child, ranking last on the city government’s most-livable neighborhoods list.

Depressing statistics such as these helped give rise to the American charter school movement. “I have been heartbroken as I have watched generations of black and Latino students failed by our public school system, then descend into unemployment, drugs, crime and, often, untimely deaths,” Harlem Children’s Zone’s founder Geoffrey Canada told the New York Times. “This has been going on since I was a public-school child myself.” Many parents in Jane and Finch, no doubt, feel the same heartbreak when seeing what their children experience.

According to academic literature, dissatisfaction with traditional public schools motivates black parents to send their children to charter schools. A 2015 study from Stanford University’s Center for Research and Education Outcomes, moreover, found that, on average, inner-city charters outperform traditional public schools, and that learning gains for black, Hispanic, low-income, and special-education students were larger in such schools, due in part to greater flexibility in meeting student needs.

The substandard state of education in Jane and Finch and similar Toronto neighborhoods contrasts with the broader narrative about Canadian education. Canada tops the Organization for Economic Cooperation and Development’s list for most educated country, and BBC News has called Canada an “education superpower.” Ontario tops the Conference Board of Canada’s provincial rankings. Across the country, the prevailing sense is that the education system doesn’t require significant reform.

The Toronto District School Board’s response to its own student-achievement gap exemplifies this lack of urgency. Reviewing the well-documented student-achievement gap that negatively affects black students, TDSB has proposed minimal education reforms, making school choice available only to a small number of lucky parents through “alternative schools.” Ontario has not legalized charters. Community leaders must use out-of-school time, such as after-school hours, weekends, and summer breaks to improve learning outcomes in their neighborhoods. Charities and nonprofits in Jane and Finch offer a wide variety of “supplemental education programs,” many mixing academic instruction with another activity, like sports or arts, to engage students in their out-of-school time.

The Road Home case study explores the role of supplemental education efforts in closing student-achievement gaps. Ekeh and Okeke review the Youth Association for Academics, Athletics and Character Education, a program in Jane and Finch dating to 2005 that offers basketball programming and academic instruction to 500 students from grades two through eight, many of them underperformers in literacy and math. The study documents and analyzes YAAACE’s experiment with a new instructional strategy.

The study shows how grouping students by their performance levels increased literacy and math scores for YAAACE students over a period of seven weeks. YAAACE’s experiment also highlights the limitations of supplemental education programs, however, and the unique challenges that community groups experience when they’re relegated to serving students during out-of-school time, instead of being able to create their own institutions, like charter schools. One of the biggest challenges is resource limitations. YAAACE would have a bigger academic impact if it were able to hire more counsellors and staff, for example, to work with students and help them through both learning and behavioral challenges.

The most significant limitations to programs like YAAACE concern school boards and teachers’ unions. School boards treat supplemental education programs, even in communities that desperately need them, as secondary priorities. This year, the Toronto District School Board approved permits for the YAAACE summer program to use public school gym facilities and classrooms, but days before the program was to begin, the board revoked the permits and displaced hundreds of students and program staff to an alternative facility, with fewer amenities. Weeks later, school board officials relocated the program again.

Teachers’ unions are another obstacle. As a condition for receiving financial support, YAAACE agrees to use union teachers chosen by the school board. But union restrictions limited the amount of orientation time YAAACE could provide the teachers in new instructional strategies for students scoring low in literacy and math—and teachers complained throughout the summer that they weren’t sufficiently prepared.

As the Road Home case study indicates, if supplemental education programs operated independently of school boards and teachers’ unions, though supported with some public funds, they would likely prove more effective. This is a core value proposition of charter schools in the U.S., which seek to redirect public funds to schools with greater community control and less school board supervision.

As many American parents already know, school choice changes the balance of power between school districts and families, giving community groups more opportunities to improve public education. Where charter schools don’t exist, such as in Toronto’s low-income neighborhoods, these groups struggle to provide students with a meaningful alternative. Certainly, some charter schools fail, and others require more oversight, but they have achieved more equality of opportunity for children who would otherwise be trapped in low-achieving schools. In Toronto, if given the chance, they would likely do the same.

Jamil Jivani is the author of Why Young Men: The Dangerous Allure of Violent Movements and What We Can Do About It (All Points Books, 2019) and managing director of Road Home Research & Analysis. The Road Home case study referenced in this story can be found at www.roadhome.ca. 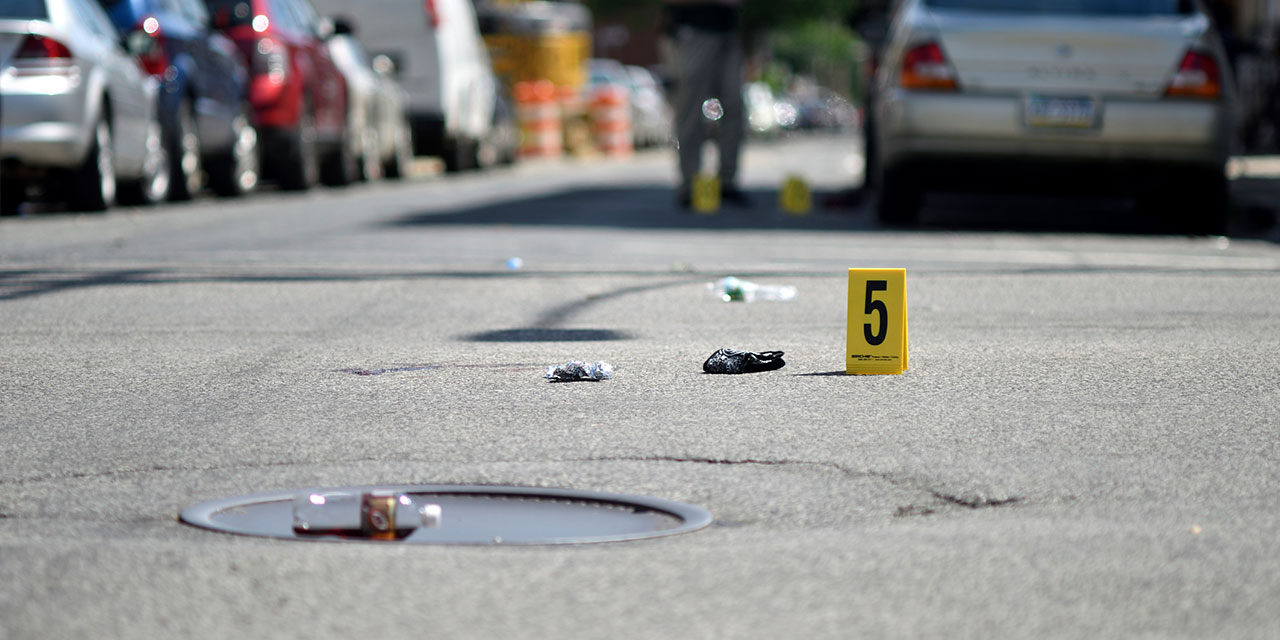 Jamil Jivani We won’t get the law enforcement that we want until we have less violent communities.
More on