Between 1989 and 1990, the number of properties seized by New York City for failure to pay taxes skyrocketed. Last year, in Manhattan alone, tax foreclosures leaped 150 percent, from 1,600 properties in 1989 to nearly 4,000 in 1990. The situation is bound to get worse before it gets better: Some 110,000 properties, representing 12 percent of the city’s tax rolls, are currently delinquent. According to an estimate by the Rent Stabilization Association, based on City Finance Department data, 35,000 buildings have been delinquent 12 months or more and face imminent seizure. Add in the effects of a continuing real estate slump and the current administration’s proposed property-tax hike, and it becomes clear that, for the next few years at least, city takeovers of private property will continue to rise rapidly.

The city is not just taking over record numbers of apartment buildings; it is refusing to let go of them afterwards. What does city hall do with a building seized for back taxes? In most American cities, the answer is obvious: Sell it and collect the taxes. But in the midst of New York’s housing shortage and budget crunch, the city is, by its own admission, deliberately sitting on thousands of apartments, many of which are vacant. The city government, long New York’s biggest landlord, has also become the city’s biggest warehouser of vacant apartments deliberately being kept off the market.

By latest count the city owns some 2,950 vacant in rem (seized for taxes) apartment houses, though that number is rising almost every day. The total number of apartments in these buildings is difficult to ascertain because many buildings were sealed before a count was made, but it may be as few as 38,000 apartment units (the city’s best guess) or more than 70,000 units (according to calculations by academic economists).

The city has not always stockpiled buildings like this. As recently as November 22, 1976, nearly five hundred in rem buildings were sold in a single evening at an auction in the Statler Hilton Hotel’s Terrace Ballroom, where bidders clutched red-white-and-blue guidebooks reminding them that “an investment in New York City is an investment in America.” By contrast, during all of fiscal 1990, the city auctioned off only 89 properties.

Over the past 15 years, the city’s Department of Housing Preservation and Development (HPD) has become extremely reluctant to auction off tax-foreclosed buildings. The reasons appear to be largely ideological: HPD has developed a fixed hostility to private landlords, preferring instead the slow, cumbersome, and expensive process of rehabilitating buildings itself and selling them for a nominal fee to tenants and nonprofit organizations.

During the Koch administration some vacant buildings were returned to the tax rolls through the city’s Private Ownership Management Program (POMP). Under POMP, private real estate firms contract with the city to manage and (with the help of city subsidies) rehabilitate in rem housing. Between 1984 and 1989, the number of apartments returned to the city’s housing stock through POMP increased steadily from 38 to 277 buildings. It appears even that small trickle of housing may soon be dammed: In fiscal 1990, only 209 of the 372 buildings scheduled to be privatized through POMP actually were. The Department of Housing Preservation and Development (HPD) plans to scale back new POMP contracts even further during the current fiscal year, to less than 30 percent of the 1990 targets. Next year POMP may be eliminated altogether.

“Buildings that would have been sold through Auction Sales in the past will now be developed under [city] rehabilitation programs,” announced the September 1990 Mayor’s Management Report. HPD has “redirected resources toward not-for-profit and tenant-based ownership programs.

It is an expensive plan, one that costs the city money in two ways: First, the city practically gives away valuable assets, selling the apartments to tenants and nonprofits for as little as $250 a unit, or as little as 2 percent of their unrenovated market value. Second, according to the Mayor’s Management Report, the city spends an average of $27,000 to renovate apartments.

Because this process is expensive, it is also necessarily slow, forcing the city to hoard scarce apartments while it comes up with even scarcer dollars to renovate them. In fiscal 1990, HPD’s Division of Alternative Management planned to start work on 6,646 units in need of “moderate rehabilitation,” but only began renovations on 1,527; it planned to finish rehabbing about 212 units, but could complete only 112. Meanwhile the number of vacant, decaying buildings owned by the City continues to rise.

The principal reason, according to the Mayor’s Management Report, was a deliberate change in policy: HPD ran out of money to renovate buildings because it redirected 4, 100 units from the POMP program to the nonprofit Community Management Program, where, the city admits, housing starts cost more per unit. In the middle of the twin housing and budget crunches, the city is consciously pursuing a policy that costs more while returning fewer apartments to the housing supply.

Nor does HPD plan to sell many in rem properties anytime soon. No apartments have been auctioned this year and in all probability none will be, since HPD’s overall goal, according to the Mayor’s Management Report, is promoting “tenant or locally based ownership.”

“We could sell these units and make a lot of money, sure, but we would lose control,” says Kaphil Bhati, supervising analyst at HPD. “We don’t want some guy coming and buying from us and selling them three or four years later at a higher price. We want to be able to specify what building management can and can’t do. We want control.”

The costs of the city’s desire for control are high. Idling fifty thousand units or so, which perhaps 200,000 New Yorkers might call home, makes little sense in New York’s perennially tight housing market. Potential residents are not the only victims: Neighbors and neighborhoods are paying a heavy price for the city’s delinquency in returning buildings to the market. Vacant buildings are a burden on even upscale neighborhoods such as the Upper West Side, where a boarded-up window is an open invitation to vandalism, crime, prostitution, and crack. By effectively warehousing vacant buildings, the city pulls down stable neighborhoods, retards renewal efforts in others, and increases the supply of crackhouses. On these grounds alone, one would think the city would place a high priority on quickly funneling as many vacant buildings back into the housing stock as possible.

When the fiscal effects of the city’s policies are added in, the case for auction becomes overwhelming. How much would the city stand to gain by selling off in rem properties? It is hard to say with any degree of certainty, but the best estimate is close to $2 billion. Consider first the value of the property itself. The average city apartment unit is tax-assessed at about $16,000 per unit, according to a Rent Stabilization Association estimate. Assessments are fixed by law at 45 percent of market value, placing the value of the average apartment at about $36,000. Many in rem buildings have been allowed to deteriorate considerably while under city ownership, rendering their real market value uncertain. Still, if one conservatively estimates the average market value at $20,000 per unit, the city could reap a one-time windfall of $1 billion from the sale of fifty thousand vacant apartments.

Of course, most in rem buildings would need to be decontrolled before auction, since controlled rents drove most of these buildings to abandonment in the first place. If that proves politically impossible, the city could at least raise the rents to reasonable levels—as the city’s 7a administrators are allowed to do when managing occupied in rem housing—before selling the property.

Then there is the question of property taxes. Vacant buildings pay no taxes, and most of the programs that distribute units to tenants or nonprofit community groups carry substantial tax abatements. At 45 percent of each property’s value, the current tax rate of 9.885 percent would yield some $45 million yearly. Since private developers would rehabilitate the housing, adding to its value, the property-tax collections in the medium term would probably be higher—perhaps much higher.

Factor in the savings from the fifty thousand apartments that HPD will no longer rehabilitate at $27,000 per unit, and the city could realize another $1.35 billion.

Rehabbing a few hundred apartments a year will not make a dent in either the poor or the average New Yorker’s housing situation. By contrast, selling off in rem properties helps maintain neighborhoods, enlarge the housing stock, and balance the city’s budget. It may even allow the city to collect back taxes, which is the ostensible reason that the owners were stripped of the property in the first place.

In any case, freeing up more housing for New Yorkers would seem a better way of balancing the budget than cutting back on street cleaning, park services, road maintenance, public libraries, and schools. 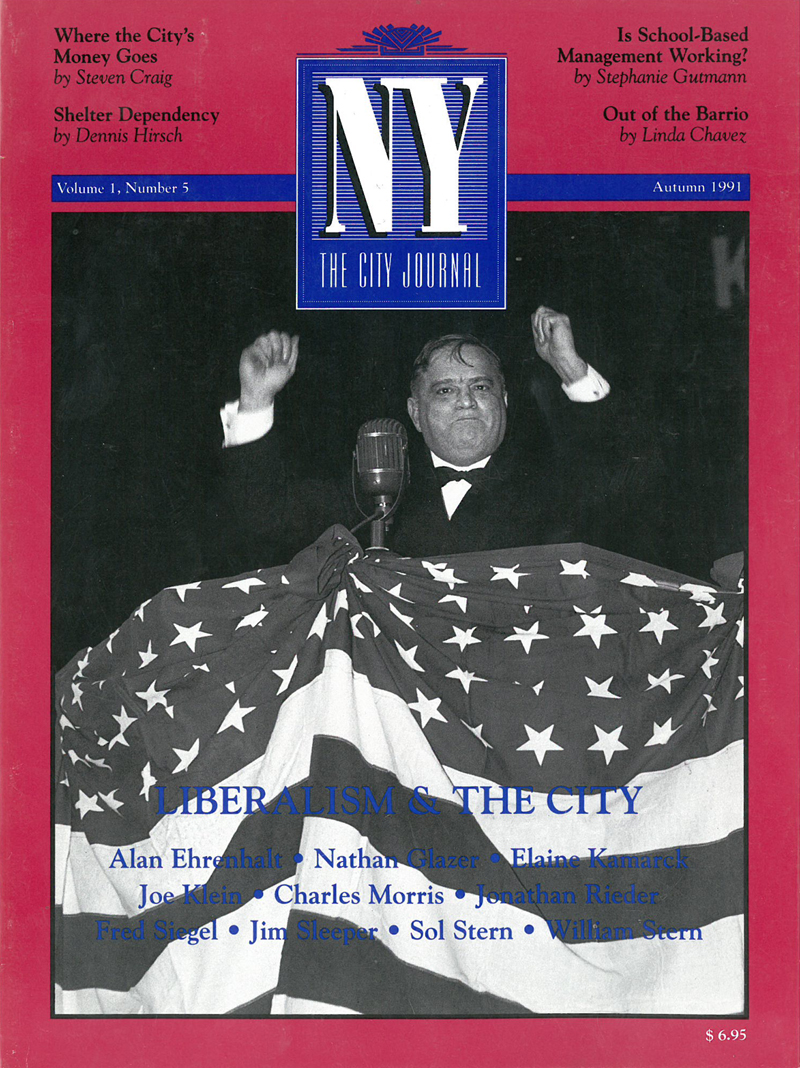 Personal Responsibility at the Founding