Who’s Winning the Race to the Top?

Which states are the leading contenders to get a slice of the Obama administration’s $4 billion Race to the Top initiative, which will reward states with federal dollars if they embrace certain education reforms? Forty states and the District of Columbia have submitted applications; finalists will be announced as early as next week, and the winners in April, after detailed analysis by 58 reviewers. They will rank the applications according to 19 criteria, including the states’ charter-school laws, their track records in implementing education reforms, their use of student data to evaluate teachers, their efforts to raise the quality of teachers and other school officials, and their plans to turn around failing schools. States not selected in the initial round of grants can submit applications by June 1 for a second round.

After reviewing all the available state applications, totaling thousands of pages, I’ve grouped the 40 applying states (and D.C.) into three categories: very competitive (three states); competitive (four states); and likely losers (33 states, including four last-minute flameouts). With luck, both the winners and the losers in Race to the Top will prompt further education reform across the nation.

Three states submitted applications that strike me as very competitive: Florida, Louisiana, and Tennessee. All three began sprinting around the education-reform racetrack long before the Race to the Top starting gun was even fired.

Over the past decade, Florida has consistently been among the nation’s most aggressive education-reform states. Among the pluses: Florida’s excellent accountability system for schools; annual testing in grades three and higher, instituted even before the adoption of the No Child Left Behind act; a longitudinal database containing student data from pre-K through age 20; a strong charter-school law that has enabled the state to open more than 400 charters serving almost 130,000 students, with no cap on the number of such schools; 19,500 students receiving special-education vouchers; and a tax-credit program for corporate donations to private-school scholarship programs benefiting more than 22,000 students. Florida’s application also provided the best “gap analysis”—that is, it identified precisely the next steps that the state would need to take to meet its Race to the Top expectations.

Louisiana, meanwhile, has been using a value-added model to track student achievement for three years. It has also participated in the development of the Common Core Standards Initiative; created alternative-certification routes that allow organizations other than education schools to give teachers credentials; improved its teacher pipeline through strong partnerships with The New Teacher Project and Teach for America; and experimented with performance-based compensation in 41 school districts. Louisiana has one of the nation’s strongest charter-school laws; among other things, it no longer caps the number of charter schools allowed in the state. New Orleans posts the highest charter-school market share in the nation, with 55 percent of its public-school students enrolled in charters.

In education circles, Tennessee is perhaps best known for the Tennessee Value-Added Assessment System (TVAAS), which has amassed 18 years of longitudinal data on student progress—an important advantage, given the importance that Race to the Top places on data. Tennessee also has drawn considerable attention for the aggressive efforts of Governor Philip Bredesen, a Democrat, to make his state more competitive for Race to the Top funding. In 2009, the governor pushed through revisions in the state’s relatively weak charter-school law, getting the cap on charter schools increased from 50 to 90. The law provides per-pupil facilities funding (something that many charter laws lack), and it extends the length of charters from five to ten years. For an encore, the governor—after hardball negotiating—signed legislation requiring districts to base at least 50 percent of their teacher evaluations on student test results and 35 percent on data from TVAAS.

Four states submitted Race to the Top applications that, while not as strong as Florida’s, Louisiana’s, and Tennessee’s, nevertheless seem competitive. The first of these, Colorado, already had a number of innovations in place before applying. They included Denver’s Pro-Comp plan, widely viewed as the nation’s most comprehensive teacher-performance pay system; statewide open enrollment (meaning that students can attend public schools in other districts); a standards-based assessment and school accountability system; and a strong charter-school law with no cap and with funding for charter-school facilities.

Unlike Florida, Louisiana, and Tennessee, however, Colorado ducked some of the most controversial reforms in order to attract the broadest possible buy-in for its plan. These include evaluating educators by their students’ academic progress, reforming tenure arrangements, and linking teacher promotion to performance. By avoiding the more contentious reforms, Colorado earned the support of the Colorado Education Association, the state NEA affiliate. Democratic governor Bill Ritter has created a 15-member panel to examine the controversial issues, but its recommendations are due by September 30, 2011, long after Race to the Top awards have been made.

Georgia has a strong track record of reform, including an overhaul of the state’s performance standards; redevelopment of state exams; uniform standards for high school graduation; and a law that has led to the approval of 27 alternative providers of teacher certification. Georgia also has one of the strongest charter-school laws in the nation, including no cap.

Delaware offers an opportunity to implement Race to the Top reforms in a relatively small state, with just 126,800 students. One of just 11 states that meet all ten of the Data Quality Campaign’s “essential elements” for state data systems, Delaware already has a longitudinal system in place that links student test results to individual teachers. The state also has a uniform system for evaluating educators, providing consistent ratings across districts. (In its application, Delaware pledges to seek new legislation “requiring that teachers demonstrate student growth to qualify for tenure protections,” but Race to the Top guidelines permit reviewers to consider only legislation in effect at the time of application.) On the negative side, Delaware’s charter-school law isn’t strong: it allows just a single state-level authorizer of charter schools, and it offers a weak program-accountability system, according to the National Alliance for Public Charter Schools.

And Michigan, while still perhaps in a weaker position than Georgia and Delaware, moved into my “competitive” category after a largely successful set of legislative changes leading up to the January 19 application deadline. It adopted a “smart cap” that exempts highly successful charters from the state’s overall cap on charter schools. The state has implemented a requirement that all school districts consider student performance as a criterion in teacher-evaluation systems, and it has authorized an “emergency manager” to take over persistently failing district and charter schools, with authority to waive certain provisions of collective-bargaining agreements. Teachers’ unions were successful, however, in limiting Governor Jennifer Granholm’s tenure reforms.

Of the 33 states (plus D.C.) that are likely losers in the first round of Race to the Top, four are worth looking at for their flurries of last-minute legislative efforts to enter contention. In the end, these states didn’t do enough. California, Massachusetts, and Wisconsin passed a few new measures; New York wound up passing nothing.

California repealed its “data firewall” (which prohibited student test data from being used in teacher evaluations) and adopted a “parent trigger,” advocated by Ben Austin’s Parent Revolution, that allows parents to switch their children to better schools, thus forcing the restructuring of poorly performing ones. However, in response to withering lobbying by the teachers’ union, the California General Assembly rejected Governor Arnold Schwarzenegger’s proposals to eliminate the state’s cap on charter schools. And the repeal of the data firewall included language requiring that the actual use of such data be subject to local collective-bargaining agreements.

Strong standards and assessments have contributed to Massachusetts’s impressive scores on the National Assessment of Educational Progress. The state also has high-quality standards for authorizing charter schools. Governor Deval Patrick and the state legislature attempted to build on this foundation by lifting Massachusetts’s severe limits on charter-school growth. While the state’s current arrangements are an improvement over previous law, its remaining caps on charter schools will hurt its chances for Race to the Top dollars.

And in New York, Governor David Paterson made a last-minute push to raise the state cap on charter schools to 460 schools (from 200), grant charter schools access to facility financing, and repeal New York’s data firewall. In the end, though, the state took no legislative action, thus dooming the otherwise strong application that New York had prepared.

Florida, Louisiana, and Tennessee clearly deserve a Round One victory. A strong case can be made as well for Colorado, Delaware, Georgia, and perhaps Michigan. In total, awards to these seven states would allocate almost half of the $4 billion in Race to the Top dollars, leaving about $2 billion unspent—giving states like New York and California another chance to adopt reforms in time for the June 1 second-round deadline. These states would do well to learn from the Round One winners.

The feds have not indicated how many states might be selected, but Secretary of Education secretary Arne Duncan has hinted that there won’t be many. “This is a very, very difficult competition,” he said as applications rolled in on January 19. “This is not a race to the middle. This is a race to the top, and we meant what we said.” Regardless of which states end up winning funding, Race to the Top has already altered the national conversation on education and prompted a wave of reforms from coast to coast. That itself counts as a big win.

Thomas W. Carroll is president of the Foundation for Education Reform and Accountability and may be followed at www.twitter.com/nyedreform. 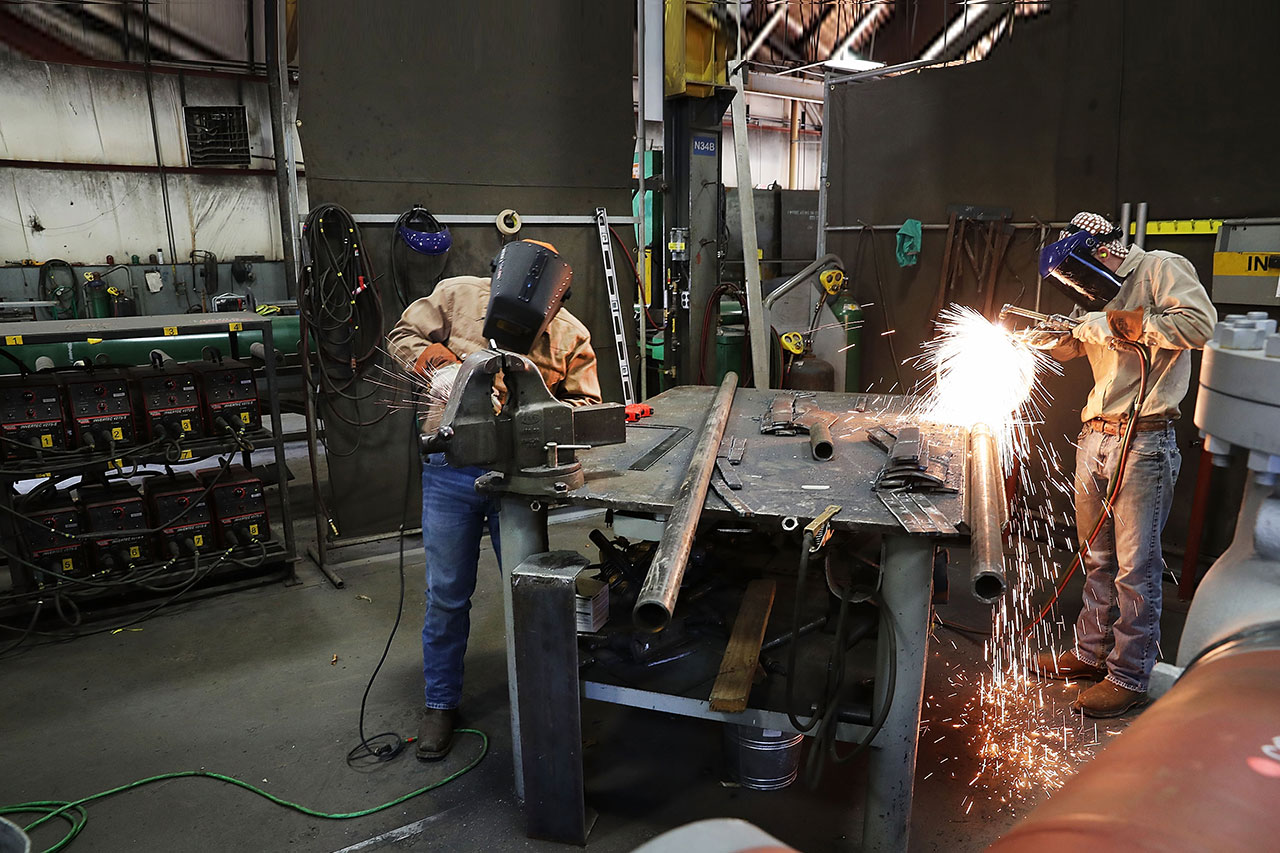 Jobs for All, Not College for All

Thomas W. Carroll The U.S. education system is overdue for a rethink.
eye on the news