On Memorial Day, a suicidal man waded into San Francisco Bay outside the city of Alameda and stood there for about an hour, neck-deep in chilly water, as about 75 bystanders watched. Local police and firefighters were called to the scene, but they refused to help. After the man drowned, the assembled “first responders” also refused to wade into the water to retrieve his body; they left that job for a bystander.

The incident sparked widespread outrage in northern California, and the response by the fire department and police only intensified the anger. The firefighters blamed local budget cuts for denying them the training and equipment necessary for cold-water rescues. The police said that they didn’t know if the man was dangerous and therefore couldn’t risk the safety of their officers. After a local TV news crew asked him whether he would save a drowning child in the bay, Alameda fire chief Ricci Zombeck gave an answer that made him the butt of local talk-show mockery: “Well, if I was off duty, I would know what I would do, but I think you’re asking me my on-duty response, and I would have to stay within our policies and procedures, because that’s what’s required by our department to do.”

If you stand a better chance of being rescued by the official rescuers when they are off duty, it naturally leads people to question the purpose of these departments, which consume the lion’s share of city budgets and whose employees—in California, anyway—receive exceedingly handsome salaries. In Orange County, where I worked for a newspaper for 11 years, the average pay and benefits package for a firefighter is $175,000 a year. Virtually every Orange County deputy sheriff earns, in pay and overtime, over $100,000 a year, with a significant percentage earning more than $150,000. In many cities, police and fire budgets eat up more than three-quarters of the city budget, and that doesn’t count the unfunded liabilities for generous pension packages, which can top 90 percent of a worker’s final year’s pay. It’s hard to argue that these departments are so starved for funds that they’re entitled to stop saving lives.

After I wrote a newspaper column deploring the Alameda incident, I received many e-mails from self-identified police officers and firefighters. Though a few were appalled by the new public-safety culture they saw on display, most defended it; some even defended Zombeck’s words. Many made reference to a fire in San Francisco that week that had claimed the life of at least one firefighter. The message was clear: Don’t criticize firefighters, because they put their lives on the line protecting you. There’s no doubt that firefighters and police have tough and sometimes dangerous jobs, but that doesn’t mean that the public has no business criticizing them—especially as they become infected with the bureaucratic mind-set spread by public-sector union activism. The unions defend their members’ every action; to the extent that they admit a problem, they always blame tight budgets.

The unions that represent first responders also have a legislative agenda to reduce oversight and accountability. I recall when a state assembly member closely aligned with public-safety unions contacted me about a union-backed bill that was too egregious even for his taste. Sponsored by a firefighters’ union after a district attorney prosecuted an on-duty firefighter for alleged misbehavior that led to a death, the bill in its original form would have offered immunity to firefighters even for gross negligence on the job. The legislation failed after the media started paying attention and ignited a contentious public debate. Perhaps the outrage at the Alameda incident will likewise cause a far-reaching discussion—one that helps restore the principle that the real constituency for public safety is the public, not bureaucrats and government workers.

Steven Greenhut is the director of the Pacific Research Institute’s Journalism Center, editor-in-chief of CalWatchdog.com, and a columnist for the Orange County Register. 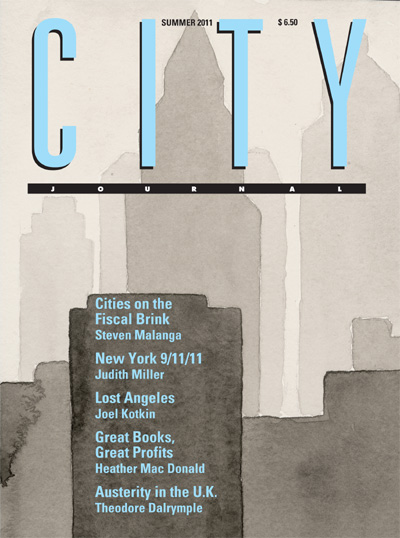