The Vulgar and the Sophisticates

“One thing I’ve said to him directly, and I would advise my Republican friends in Congress and supporters around the country, is just make sure that as we go forward, certain norms, certain institutional traditions, don’t get eroded, because there’s a reason they’re in place.” That was President Obama speaking about President-elect Donald Trump on 60 Minutes. One could wish for a crisper formulation, but this will do. Our highest officeholder advises his populist successor that offices matter.

Offices are formal institutions with habits and norms that they create, nourish, and promote—above all, a certain dignity and sense of responsibility. So why do we need institutions?

In a democracy, offices are institutions that enable the people to act and get what they want, but always in a certain manner, with what is called “due process.” Due process gives time and space for Congress or executive officials to act deliberately, reasonably, and legally on their own, not as mere agents of popular will. “Institutions” are the democratic response to the gravest weakness of democracy—the tendency of the people to want to lash out, regardless of the demands of due process, and punish those they consider their enemies. As James Madison’s put it in Federalist 10, institutions are (mostly) constitutional powers that are supposed to “refine and enlarge” the people’s will. Institutions receive heated popular demands but calm them down to produce “the cool deliberate sense of the community.”

Thus, institutions are intended to thwart or mollify the agents of popular anger. This is what Obama was hinting at in his warning to Republicans. Trump—with his brash, brazen, and sometimes outrageous rhetoric—has made his way through and around American political institutions. His tweeting permits him to avoid the media, forcing them to react to him rather than the reverse. His insults violate the courtesies that keep ambition respectable. He appeals to popular ecstasy in bold, seemingly impulsive gestures and words (“Lock her up!”). Once he takes office, we will see whether he can be a responsible president—or, rather, whether our institutions can force him to behave like one.

Trump reminds us of the vulgarity of democracy—and it’s a reminder we need. A vulgar person learns to hide his anger or greed when by himself, but when he joins with the mob, he can lose his restraint. In a democracy, a mob appears to be the authentic voice of the people, more so than the institutions of democracy that seem to stand in the way of the people, forcing them to “behave” and be insincere. This is the “majority faction” that the American Founders held to be the main danger for our republic. When Hillary Clinton gave her concession speech to Trump last November, she said that we live in a “constitutional democracy,” the constitutional referring to the fact that she had won the popular vote but lost in the Electoral College that overrides it.

Here are the two leading Democrats, Obama and Clinton, reminding Republicans that for the sake of responsible government, we live with institutions and under a Constitution. Under such a system, a people can elevate themselves above the low motives of the vulgar and give expression to their good sense. For though democratic peoples are given to anger, they do not share the ambitions of their educated elites, who may be tempted into the worse vices of aristocracy. It is reprehensible to live in punitive anger, though sometimes forgivable. It’s not always wrong to be aroused: look at the American Revolution and our various wars. But the sophisticates can do worse than the vulgar with their greater cunning and determination. See how the Democrats have refused to follow Clinton’s cue and attacked the Electoral College since the election, and how they have ignored Obama’s remark in favor of institutions and disrespected the important Inauguration ceremony.

Unhappily, the vulgar “deplorables” are susceptible to demagogues, who try to reach them directly to tap into their raw anger, rejecting the task of “refining and enlarging” the people’s will. Demagogues typically attack elites in general, as if it is wrong in a popular government not to be among the vulgar. But elites are always with us; the only choice is between a good elite or a bad one. Of our two parties, the Republicans are more regular defenders of constitutional democracy; the Democrats, as progressives, want to bring ever-greater equality to America, as if elites were not necessary (and as if Democrats were not an elite). Despite the rueful statements of Obama and Clinton, made in defeat, the egalitarian Democrats have paved the way for populism by diminishing the institutions that make the people reliable.

Trump, meanwhile, the declared enemy of the establishment, finds himself president by the agency of two of its institutions: the Republican Party that rallied to him and the Constitution that saved him.

Harvey Mansfield is a senior fellow at the Hoover Institution as well as the William R. Kenan, Jr. Professor of Government at Harvard. 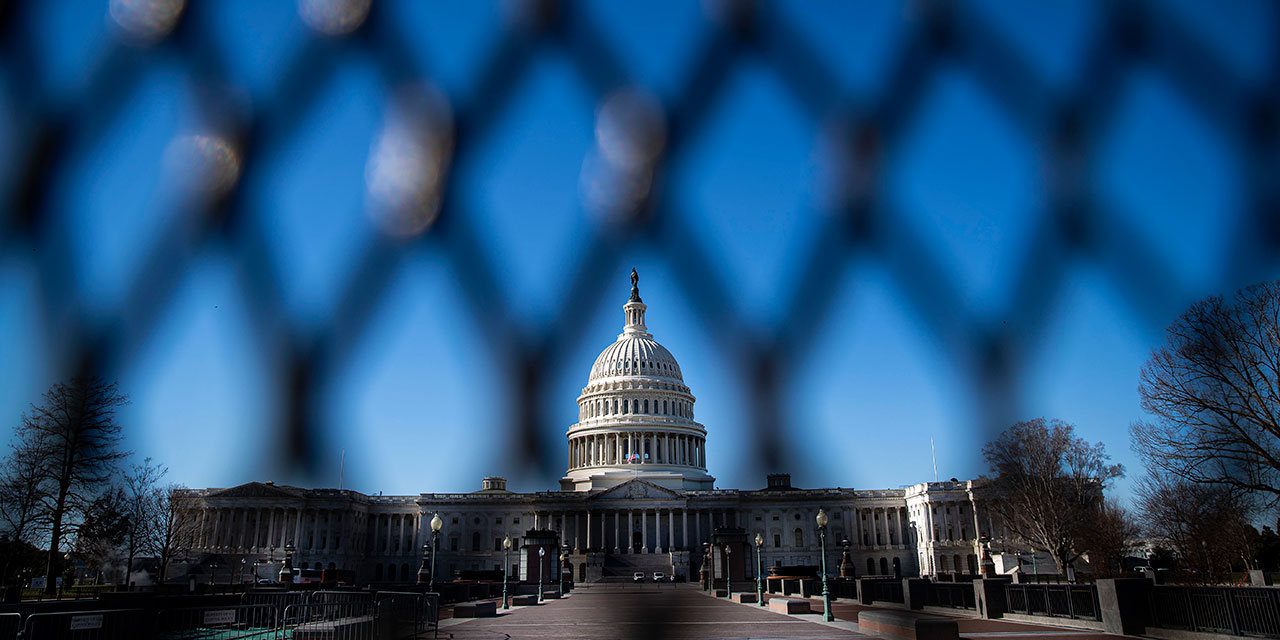 Harvey Mansfield Trump leaves the scene on a dark note. 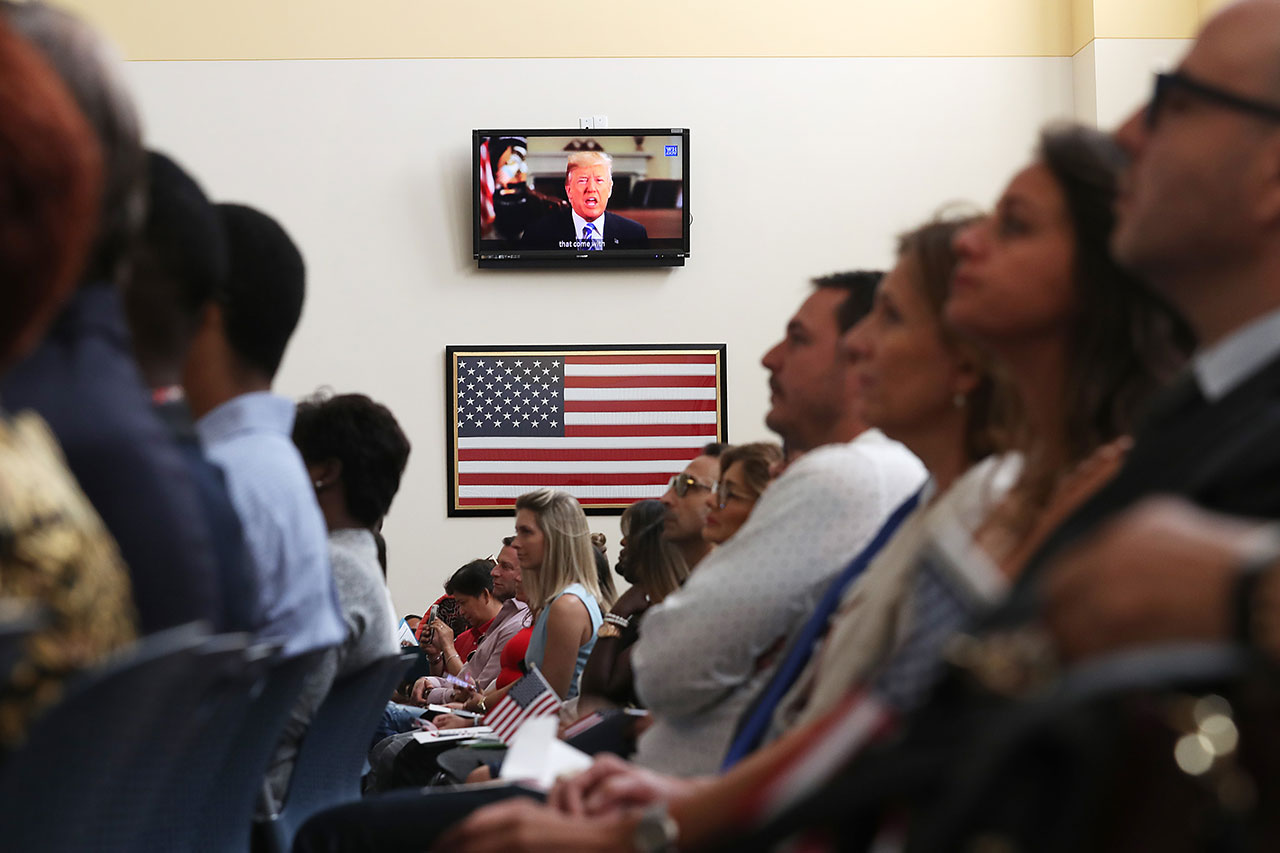 Harvey Mansfield Political lessons from an unlikely comparison
More on