First, the bad news: The plot of Tom Wolfe’s Back to Blood is . . . well, it’s hard to say that the book even has a plot, properly so-called. Wolfe is no inept plotter. Bonfire of the Vanities had a plot as perfectly conceived as the innards of a Swiss watch. Critics who attack the weakness of the book’s ending just don’t get it. Wolfe was not out to dazzle readers with a cymbal-crashing conclusion. His overriding concern, as a journalist and as a novelist, has always been realism. The genius of Bonfire’s finale is just how plausible—almost inevitable—it is. If a real-life Sherman McCoy found himself in that situation, that’s how it would play out.

Wolfe’s other two novels are not plotted quite so well. A Man in Full relies on at least one deus ex machina, while I Am Charlotte Simmons can’t decide if a sex or cheating scandal should drive the narrative. But despite its implausibility, Man in Full does have a clear, compelling arc, while Charlotte centers almost wholly on the plausible development of one character from hubris through crisis to synthesis.

Back to Blood’s plot appears to share characteristics with Wolfe’s previous novels. A precipitating incident is allowed to play out in politics, in the press, and in the protagonist’s life. Other threads begin at varying distance from the central story and inch closer as the book progresses, but they never come together in a satisfactory way. Seemingly integral characters disappear without explanation. Wolfe spends much time introducing characters and story elements he quickly abandons and which seem to serve little purpose. And then, after 704 pages, the book just . . . stops.

Yet of the Four Horsemen of Fiction we memorized in junior high English—plot, character, theme, and setting—Wolfe the novelist has always been most interested in the last. In Back to Blood, he serves up Miami just as richly as he once rendered New York, Atlanta, and the modern elite university. The similarities with his prior works—especially racial conflict—have caught reviewers’ attention. Those who consider the new book a rehash with sunshine miss the point, however, as Back to Blood’s true strength is its multitude of differences from Wolfe’s earlier settings.

Yes, Back to Blood contains racial conflict. This is a novel about a major American city, after all. But Wolfe said in interviews shortly after the publication of his first novel that by the time Bonfire hit the shelves, massive Third World immigration had already dated that book’s basically black v. white dynamic. A generation later, Wolfe’s Miami is anything but binary.

Dizzyingly “diverse,” the city’s racial and ethnic quilt is a storehouse of constant trouble. The Cuban mayor of Miami utters the book’s most quoted line—“In Miami, everybody hates everybody”—in a desultory attempt to cast multiculturalism as a source of strength. In that effort, he is no different from any other American elite, all of whom piously, reflexively, and half-fearfully praise America’s increasing disunity as if it were some capricious pagan god who might start casting thunderbolts if displeased. The book’s title is meant to explain what happens when higher bonds of citizenship and community break down: people retreat to their tribal and clannish instincts. Despite what our elites like to think, humanity has not outgrown these instincts. In some times and places, we temporarily rise above them, but we’re always capable of sinking back—and Wolfe shows not only that we are doing so, but how. Back to Blood is a poetic affirmation of Robert Putnam’s pained conclusion that diversity erodes trust and social cohesion.

The book’s most important subject is the increasing Latinization of the American population and its effects on American life, an underexplored topic in fiction and anywhere else. Two-thirds of Miamians speak Spanish as a first language versus only a quarter for English. The first Latina (Wolfe himself uses such terminology throughout) we meet is a rich, spoiled, privileged, idle, rude, vulgar but beautiful young woman. She is perhaps a caricature but recognizable as an exemplar of the children of a certain class of borderless elite. She speaks the book’s second most-quoted line—“we in Mee-ah-mee now!”—in response to an exasperated WASP, who shouts “YOU’RE IN AMERICA NOW! SPEAK ENGLISH!” In many writers’ hands, this scene would have been a trite morality play with the white woman cast as the xenophobic villain and the meek Latin girl as innocent victim. Wolfe offers a more complex, truer picture.

The woman’s precise ethnicity is not identified. But this being Miami, Wolfe’s focus is naturally on the Cubans, arguably America’s most successful Spanish-speaking immigrant group. Extrapolating the novel’s lessons to Mexicans, our largest such cohort, is complicated by significant differences between the two groups (and indeed between all of America’s Hispanic groups), but key elements emerge from comparing the similarities and dissimilarities.

Hialeah is a heavily Cuban Miami suburb of tiny, tidy, clean casitas, intact extended families, small business owners, and working people—most of whom labor in the private sector. It is, in other words, the perfect example of what American politicians have in mind when they praise the industriousness and family orientation of America’s Latin immigrants. Or, it would be, if Hialeah weren’t overwhelmingly Republican and anti-Communist.

The 2012 election, in which Cuban-Americans in Florida narrowly supported President Obama, suggests that this outlook may not be shared by the younger generation. Wolfe hints at the divide by showing the conflict between the 24-year-old Magdalena Otero, who leaves home nominally to share a South Beach apartment with a girlfriend but really—as her mother suspects—to move in with a man. It’s nearly impossible to imagine a modern white middle-class mother reacting with the same anger, disgust, and shame. But considering the 50 percent illegitimacy rate among Hispanics nationwide, it’s also unenlightening to extrapolate much from Mrs. Otero’s outrage to the rest of America’s Latin population. Wolfe conveys other misgivings about America’s ongoing Latinization through hints—for instance, Mrs. Otero’s devotion to voodoo and the practice, contrary to historic American experience, of housing three or even four generations under one roof. Wolfe doesn’t explore how these traditions and patterns of thinking and living might change our culture, but at least he identifies them.

Wolfe also shows that the American assimilation process is alive and well—it’s just not moving in healthy directions. François is the American-born son of a Haitian intellectual. Like the other Haitian boys at Lee de Forest High School, he expends much effort aping the dress, speech, and manners of the black American underclass, much to his father’s horror. Wolfe draws Liberty City, a notorious black slum, in silent but glaring contrast to Hialeah—dysfunctional in every way the latter is virtuous. One wonders, though, how long Hialeah’s order can last as the cultural capital that sustains it is spent down.

Getting inside his characters’ heads, Wolfe shows how confused conventional racial categories have become. François’s father, Professor Lantier, is proud of his French heritage and pleased that his daughter can pass for white in South Beach society. Most of the book’s Cubans consider themselves white compared with the city’s other Latinos—and especially its blacks—but they bristle with resentment at the true gringos: thatchy-haired Americanos. Non-Hispanic whites today make up less than 12 percent of Miami’s population, but because they control the commanding heights beyond Miami’s borders, they continue to elicit awe and envy. Wolfe has deftly captured the way that whiteness—with its historic if declining social prestige—becomes, for people with Third World ancestry, both an aspiration and a source of tribal antipathy.

Wolfe presents most of the novel’s Americanos as having no roots in the city or even the state. The few that might are “crackers”—old-school Florida rednecks who dominated the city before the Latin explosion that began after the Castro brothers took over Cuba. Nowadays, these crackers are reduced to blue-collar or even menial jobs. Wolfe shows us some white cops, a security guard, and a dock attendant at a tony yacht club, but no native whites in positions of wealth or power.

Monied whites in Wolfe’s Miami all hail from out of town or even from out of the country. None seem to regard Miami as a home or a community deserving of their loyalty or investment. We meet no “pillar-of-the-community” elite types with strong social ties. Instead, Wolfe depicts the town’s high life as but one stop on an endless pattern of global migration to one expensive home after another. When Art Basel is underway, Miami is the place to be. Have the servants open the house on Fisher Island and stay a few weeks. When the show’s over, time to jet off somewhere else. In this, haute Miami has become just another playground for the global overclass, who scarcely notice, much less interact with, the locals. At one point, a Russian oligarch says approvingly of a shabby neighborhood populated by Russian immigrants: “Zey speak no Engleesh, and zey haf no desire to be American!” On the second point, he could be describing himself or the rest of the city’s international elite.

Indeed, as everyone in the business world has long known, Miami today is no longer really an American city, but an international one: the business and financial capital of Latin America. It’s a sort of free port, only loosely affiliated with any nation, like the market towns of the Holy Roman Empire or colonial Hong Kong. Its advantages over other plausible sites in the region include superior infrastructure, better laws, less corruption, and lower crime (for now). America derives some benefit from the enormous wealth that pours into the city; capitals the world over have always been effective wealth collectors. But America suffers, too, and Wolfe is not afraid to show how.

Back to Blood offers much else to admire, laugh at, and profit from. In the bravura opening sequence on a police boat in Biscayne Bay, and later when describing a drug dealer’s arrest, Wolfe shows undiminished ability to write cinematic action scenes. These are every bit as good as Sherman McCoy’s escape from the South Bronx, Conrad Hensley’s doomed odyssey to retrieve his car, and Jojo Johansen’s struggles on the basketball court.

Wolfe’s ability to craft believable, engrossing characters, sympathetic or otherwise, has growth exponentially since Bonfire. Nestor Camacho, the novel’s Job-like cop hero, suffers but never succumbs and is rewarded in a way that feels just without being pat. Magdalena Otero is not a flattering representative of the modern young woman, but she is an accurate depiction of what happens when lower urges of female nature are allowed to indulge themselves without external constraints or internal conviction. I wish that Wolfe had explored the subject of pornography addiction further—and, crucially, that he had not put his exegesis into the mouth of the vain, oafish Dr. Norman Lewis. In interviews, Wolfe has indicated that he takes the subject seriously. This was a missed opportunity.

Back to Blood takes a hard stare into America’s future. When interviewing Wolfe earlier this year, I asked him why he never wrote a novel about California. Now he has. Miami is California, and vice versa. America could soon be both. 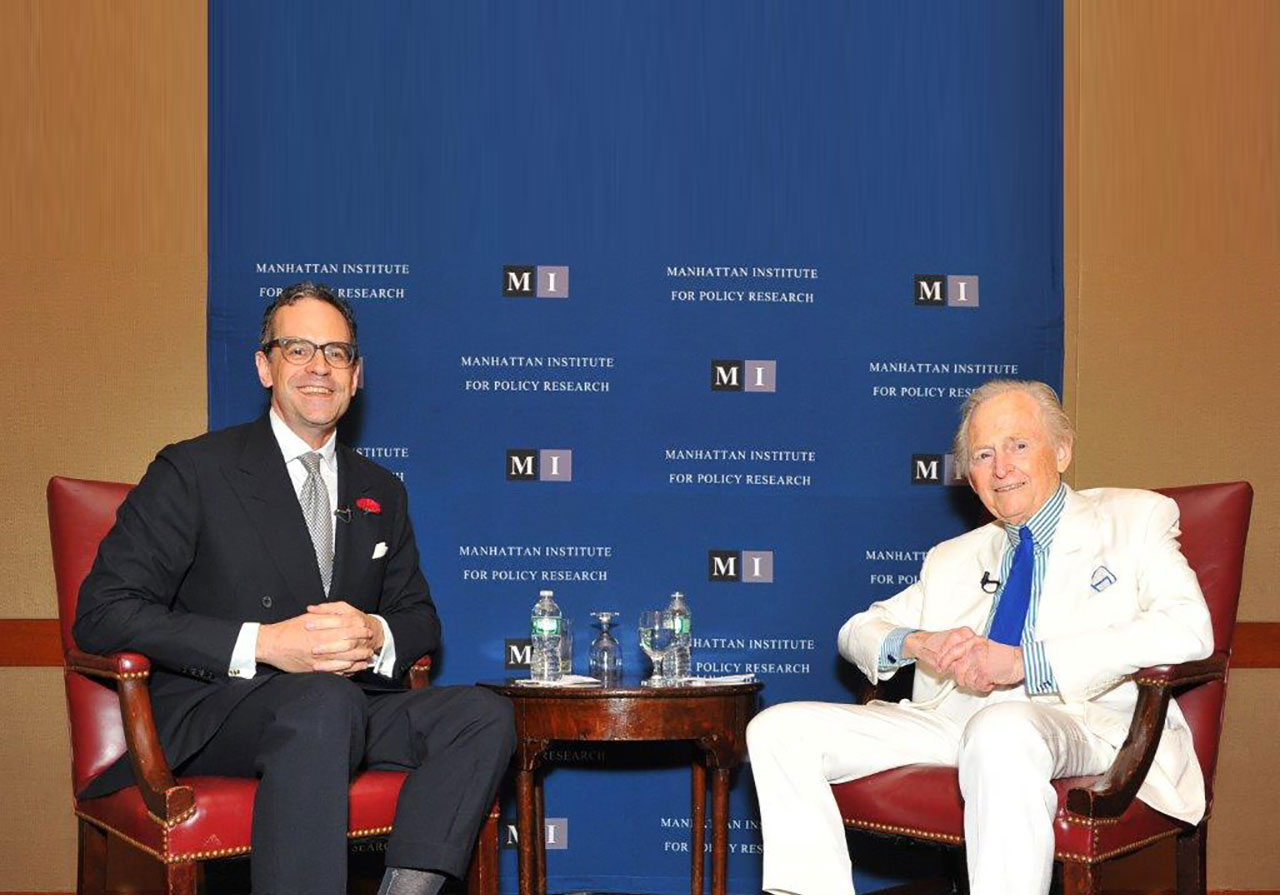 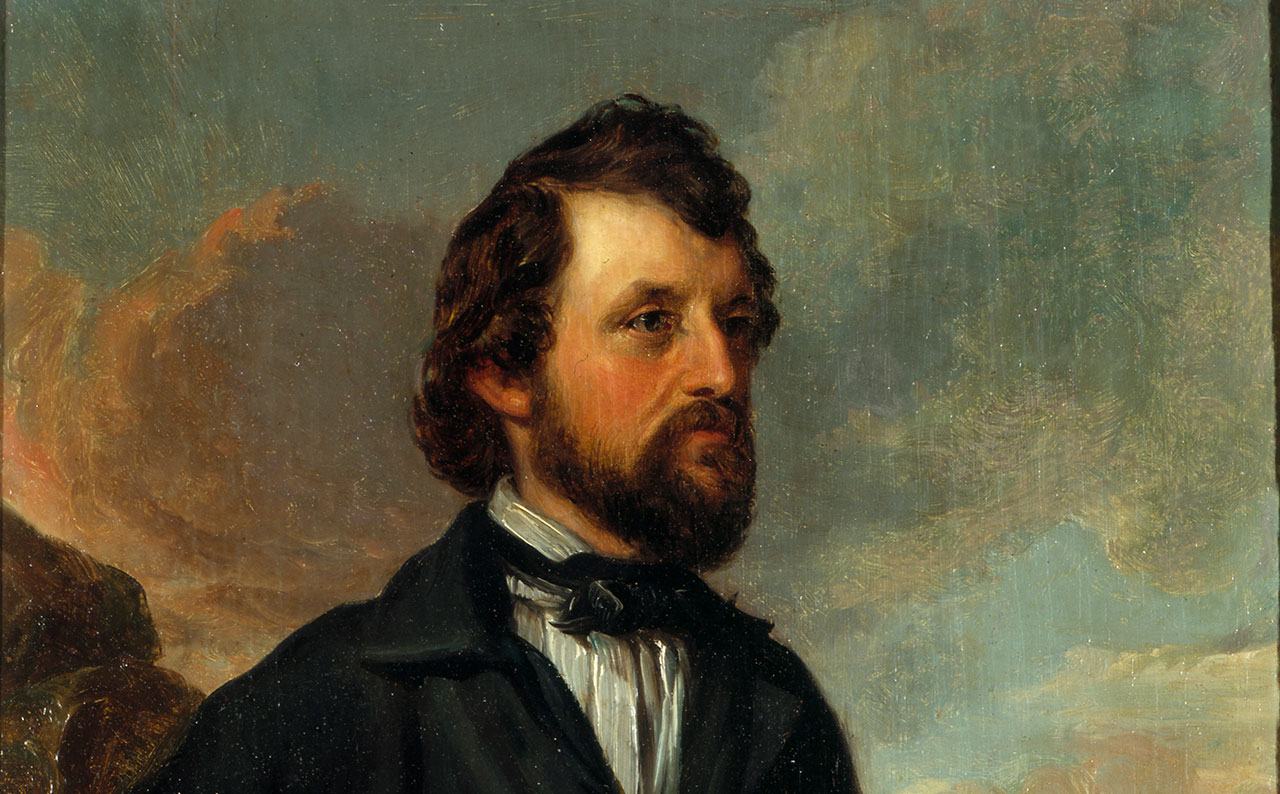 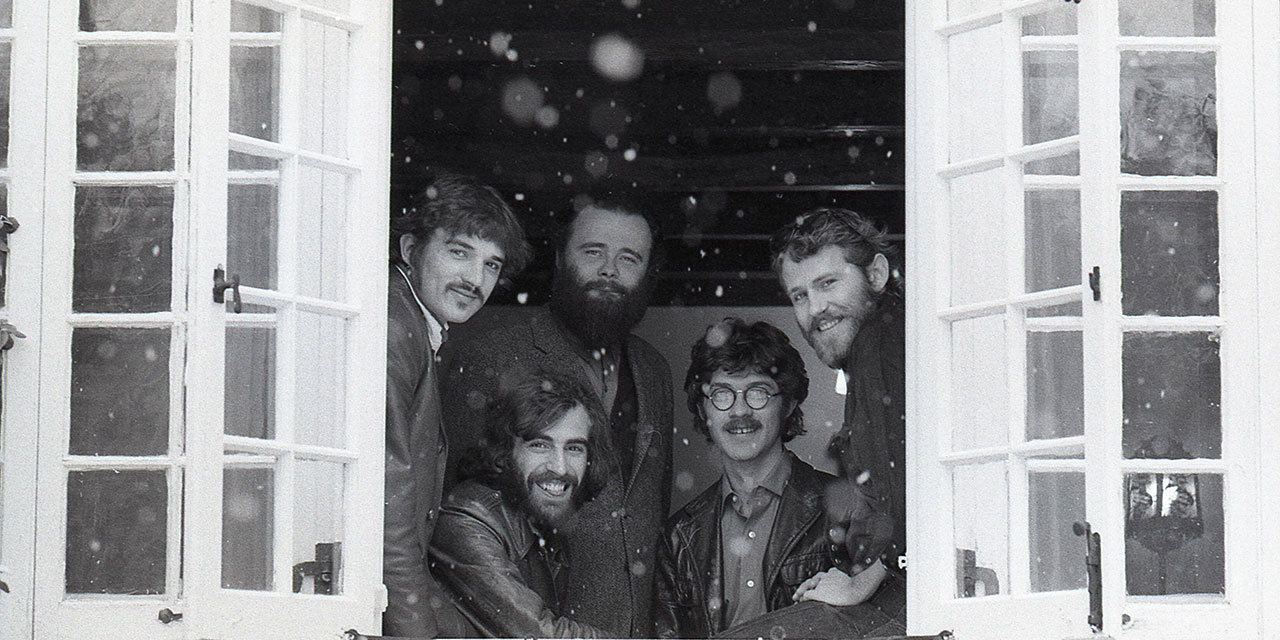