When President Obama recently approved Shell’s request to drill in the Arctic, anti-fossil-fuel activists lobbied the Port of Seattle to deny docking rights to the oil giant’s Alaska-bound drilling fleet. That effort failed, but the activists persuaded King County to deny the company a wastewater-discharge permit. The Shell battle highlights a new tactic among environmental activists: unhappy with policies being made in Washington and state capitals, they’re increasingly trying to use local regulations—especially at ports—to set national policy. Pressuring cities and other local entities that control many of the nation’s ports, the greens hope to prevent fossil-fuel industries from obtaining permits and thus keep such energy from coming to market. And they’re having some success.

Under tremendous pressure from environmentalists, Portland, Oregon, shot down a proposed propane-export terminal. Activist Daphne Wysham boasted that “residents of the Pacific Northwest have begun to mobilize in bold and successful resistance to these fossil fuel exports.” Oregon greens are elsewhere trying to prevent the export of liquefied natural gas. As Stacey McLaughlin noted approvingly in an Oregonian op-ed, “If they cannot export natural gas, then they will need to cut back on fracking.” Similar battles are raging north of the border, in British Columbia, and on the East Coast of the United States—where South Portland, Maine, banned the export of crude oil arriving there via pipeline.

Historically, coastal cities have sought to maximize port traffic as a way to boost their local economies. Today, however, as urban economies have become increasingly postindustrial, coastal cities, often under the control of the far Left, have lost interest in traditional blue-collar employment and good union jobs. Instead, local activists see control of ports and local permitting as a means of advancing green-policy preferences. Unlike other locally focused urban environmental policies—such as plastic-bag bans—targeting ports and permits has the potential for nationwide, even global, impact.

The constitutional basis for doing so, however, is dubious. States and localities cannot unduly burden interstate commerce—a principle that the Supreme Court recently reaffirmed in Comptroller of the Treasury of Maryland v. Wynne, which barred Maryland from implementing double taxation of income. State and federal governments have also long restricted localities from regulating railroads. They wisely understood that a web of parochial interests and NIMBYism would choke the national economy by interfering with interstate transportation and commerce. The negative local effects, if any, from rail operations could not justify allowing states, cities, and towns to impose regulations that would impede national trade. Broadly speaking, localities also cannot stop projects such as long-distance pipelines or electric transmission lines.

These principles should apply equally to ports. Localities should not be able to use port regulations to block global trade—especially when no bona fide local issues are at stake and when the people promoting such intrusion have clear political motivations. It’s time for federal courts to prohibit this obstruction of interstate commerce—and for Congress and the president to strengthen federal laws that protect national and global trade against the attempts of local activists to disrupt it. 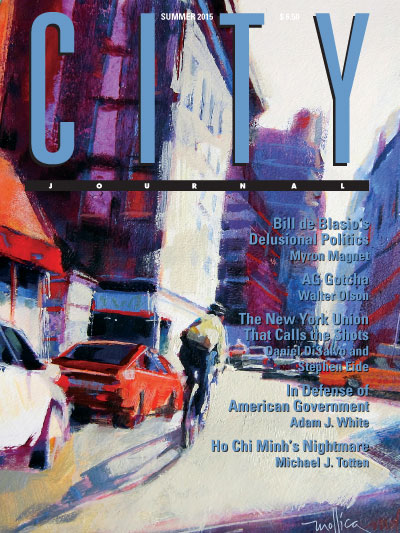