The fastest-growing part of New York's municipal budget is now—amazingly—the cost of the city's getting sued. City lawsuit payouts jumped 20 percent last year, to $257 million; legal expenses added another $31 million; and outlays by the independent Transit and Housing authorities brought the total to nearly $400 million. Many more suits are pending against the city government and its authorities.

A new survey by the National Institute of Municipal Law Officers makes clear that the escalating cost of lawsuits is a problem for local governments nationwide. Town and county governments in 46 states responded to the survey; most were of modest size, half smaller than fifty thousand people. Thirty percent of the larger cities reported being hard-hit by lawsuits, but so did 20 percent of the small towns. Most worrisome, the localities that were in fair or poor shape financially—those that could least afford it—reported the worst lawsuit woes, though the study did not attempt to ascertain why.

More than a third of the towns surveyed found they had to revise their budgets midway through the previous fiscal year to reflect courtroom surprises. And although none of the towns reported that litigation had yet hurt their bond ratings, several said they expected that to happen in due course. The survey's designers estimate that lawsuits cost American municipalities a total of $8.6 billion in 1992. All of which suggests that New York City, as it tries to persuade legislators in Albany to take legal reform seriously, should forge an alliance with upstate and suburban communities facing their own less advanced version of the same problems. 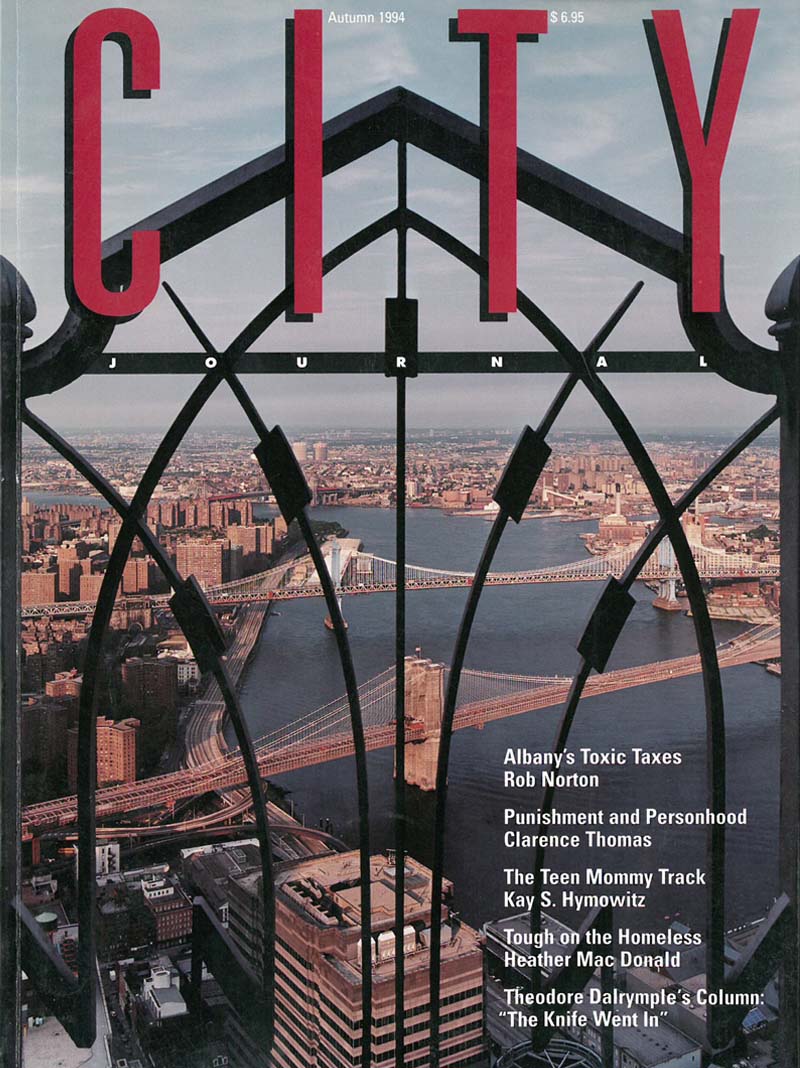