I didn’t renew Elizabeth Novak’s lease because the building manager, Steve, said that she locked herself out five times, wouldn’t stop smoking in the common area, and crawled in her windows too often. I hand-delivered the nonrenewal letter. Novak answered the door in a nightgown. She claimed that she would be in the hospital “from an anxiety attack” if I kicked her out. “I’m a high-risk pregnancy. I’m 45,” she said.

I didn’t know that she was pregnant. Or maybe she wasn’t. I asked Steve if we had any kids living in the building. He said yes. Good, at least nobody would sue me for discriminating against kids—born or unborn. When Novak asked why I was kicking her out, I said, “I’m not at liberty to give you a reason. Just like you can not renew and not give a reason, so can I, the landlord, not renew.” She was a month-to-month tenant.

A week later, a social worker called and said Novak was on her way out. Yes! Steve was ecstatic, too. Steve—an ex-smoker—was particularly annoyed by her smoking in the vestibule. I said to him, “Half the city smokes. What’s the big deal?” Novak usually paid her rent on time; that was the interesting thing. So I let her stay an extra month as a “goodwill gesture.” I got the “goodwill” terminology from a letter my son received from United Airlines for getting bumped (with a $25 coupon).

Novak said, “I’m looking for another place, but my credit is shot and I have no job.” The social worker suddenly went AWOL. I let Novak stay even more than a month. I said, “You can stay till hell freezes over, if . . .”

“If I don’t offend anybody?”

“No, not offend,” I said. “If you don’t disturb the other tenants’ enjoyment of the premises.” Language is important in the real estate business.

Puff on, Novak. She stayed another three years. Then, one day, she called Steve nine times, and he cracked. “It’s me or her. One of us goes.” It was about ants. I gave her another nonrenewal notice. Yes, I know, I should have charged Novak each time she locked herself out, but that was a side issue: she was constantly calling the city because her tub wasn’t getting hot enough; then it was too hot. She was going blind. Then she couldn’t walk. The city sent its toughest inspector to cite me for torn window screens, living room plaster damage, and, again, no hot water. Novak was running her tub prior to the inspector’s visit to drain the building’s hot water tank.

“Kind of,” he said. “Novak had the cops up last night. She said I threw the keys at her. She locked herself out. She’s on her cell phone and has her back to me. She makes a gesture like ‘throw me the keys.’ She’s a landing below me. I throw the keys. She screams, ‘Don’t you throw the keys to me!’ She’s emotional. I’m not throwing the keys! The cops come. They said I called her something.”

“What did you call her?”

“She contacted me. She said you called her a lot of horrible things, like sexual stuff.”

“For God’s sake, I’ve been doing this for years. I’m not going to yell that kind of thing in the hallway. I treat people well. Why would I want it to escalate? Like you said, life is too short, and you gave her six weeks to get out.”

“Three words, Steve—just say these three words to her for the next six weeks: ‘I am sorry.’ We need her out of here.”

I was at the Ohio Civil Rights Commission in the state office building downtown. Photos of Governor John Kasich and four other state functionaries were on the wall. There were no windows in the reception area, and a clerk sat behind a sealed-glass window. She said through a microphone, “You want to take a seat?” No, I did not. I wanted to pace. I was being sued by the government. I paced for 30 minutes. (About 4,000 steps. I had on my Fitbit.) She asked, “Do you have similar cases?” No. “Do you have a lawyer?” No, I didn’t bring a lawyer. Novak had charged me with discriminating against her because she was disabled. Novak wanted a “reasonable accommodation” to move out.

Bob, the state interrogator, walked into the reception area, saying he was just back from the dentist. He invited me into his office and we talked Tribe (Cleveland Indians) and LeBron. And then Novak stepped in. Novak owed me $560 rent for this month’s rent. “You have it on you?” I asked. I couldn’t help myself. No, she didn’t.

“Good,” Bob said, “Because it’s not safe to bring money into a state office building. We haven’t had a raise in two years.” I better laugh. A government worker can make your life unbearable. He can make you Xerox hundreds of pages of old tenant records to prove you have, or haven’t, discriminated. These are called “requests for information,” but they aren’t really requests. Provide a copy of all rental policies. Provide a list of all residents. Provide the complete and correct legal name of every owner.

Bob asked if I would give Novak reasonable accommodation to move out. Yes, I would, even though I wasn’t exactly sure what Bob meant. It turned out Novak wanted an extra two months. No problem. And would I be willing to write Novak a letter that said she paid her rent on time? I signed the conciliation agreement, which read in part: “Respondent [landlord] agrees that there shall be no discrimination of any kind as prohibited by Ohio Revised Code Chapter 4112, and that there shall be no retaliation against any person.”

Novak moved up the street. A month later, I asked Steve if he missed her. He said, “Are you crazy? Do you?”

“A bit.” I missed her a little because she used to ask me questions about Judaism, like “How do Jewish people celebrate Passover?” My answer: “Like Jesus did.” (She had a “Jesus Saves” sign on her door.) She said she had a daughter in California and alcoholic parents, none of whom she was in touch with. As my dad—who started our family’s real estate business—used to say, “We are not social workers.” 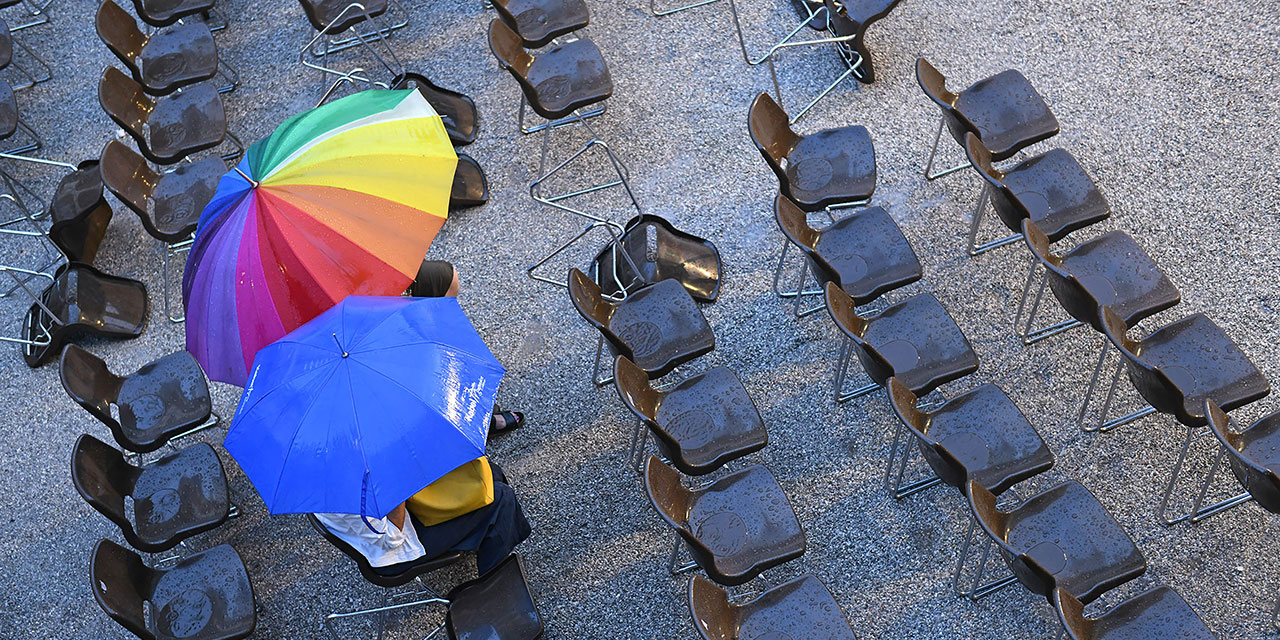