Should you still entertain any doubts about the moral and political corruption of New York's welfare state, read the audit of the Harlem Urban Development Corporation (HUDC) released recently by the Empire State Development Corporation (ESDC), the state's chief economic development agency. The audit shows that in its 23-year history, during which it spent almost $100 million (unadjusted for inflation) in public money, HUDC accomplished absolutely nothing—except for the people who ran it.

HUDC's operating costs routinely ran 300 percent higher than its capital budget, meaning that personnel ate up the money intended for development. The agency had no records to support almost 30 percent of its expenditures. It repeatedly awarded non-competitive contracts to an exclusive group of vendors. It classified full-time employees as consultants, failing to withhold payroll taxes for them. It overpaid real consultants, giving them benefits like paid sick leave and vacation. And it spent $100,000 on its auto fleet, without documentation. The list goes on and on, but the picture is clear: the HUDC treated public money as one big private slush fund.

Reading the audit brought back memories for me. When Governor Cuomo appointed me head of the New York State Urban Development Corporation—the ESDC's forerunner—in 1983, I noticed that the HUDC was a subsidiary, even though it received a separate appropriation from the Legislature. I wondered why Harlem had its own UDC. Why not a Flatbush UDC or a Riverdale UDC?

I met with HUDC executive director Donald Cogsville to find out what his public-benefit corporation was doing. Mr. Cogsville didn't have much patience with me. When I asked him why he had a state car and driver, he asked me if I was a racist. When I asked him what HUDC did with the state money it received, he replied that it had some big projects in mind but in the meantime maintained a "spruce-up" effort.

After meeting with Cogsville I called Cuomo's chief of staff, Michael DelGiudice. I asked him for the story on HUDC. He said, "Bill, HUDC is Charlie"—Charles Rangel, that is, the longtime congressman from Harlem. HUDC was a patronage machine for Rangel's local cronies. That, after all, is how he functions in Washington too. He's the welfare-state counterpart to the Oklahoma oil senators of old. But Rangel's industry is government. An enormous share of the registered Democrats in his district are government employees, employees of nonprofit corporations funded by government, or recipients of government transfer payments. Rangel is for any and all government spending.

The Pataki administration deserves full credit for putting an end to the disgraceful HUDC boondoggle. But now the governor must go further and examine all the state's economic development authorities and public-benefit corporations. Despite massive state spending on projects like the World Trade Center, the South Street Seaport, and the Javits Convention Center, New York City has an unemployment rate almost twice the national average and 400,000 fewer private-sector jobs than it had in 1967. We don't need economic development agencies; we need lower taxes, simplified regulations, good schools, public safety, and a decent quality of life—in short, all those things that allow market economies to thrive. 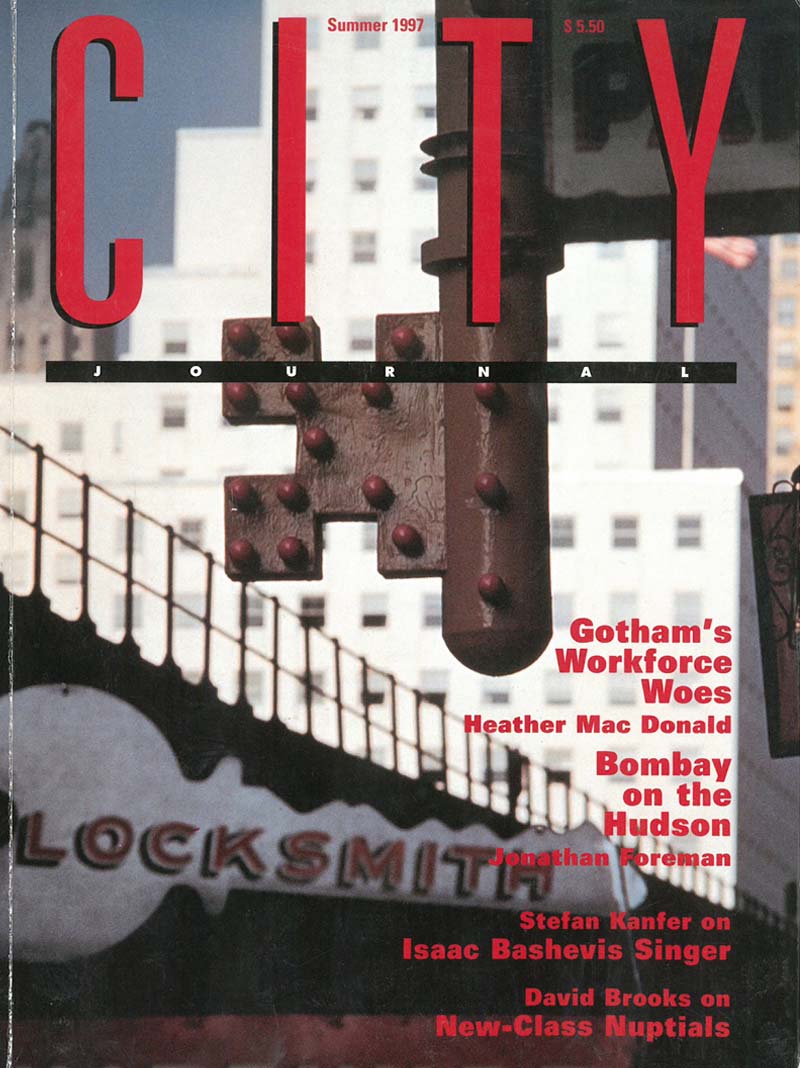