Sisterhood and the SEALs

It was just a matter of time before the successful Navy SEAL operation against Osama bin Laden on May 1 provoked a complaint that SEAL teams are all-male. Sure enough, Washington Post pundit (and founder of the feminist website Jezebel.com) Anna Holmes came through last week with a column denouncing the “paternalistic, discriminatory” exclusion of women from special-operations units and comparing that exclusion to racial segregation. If you’d like to get a full picture of feminist thought today, just combine Holmes’s column with the ongoing farce at Yale University, which is under federal investigation for allegedly denying female students equal educational opportunities. Not only has the rise of women to positions of power and control in American society not dented feminist irrationality, it seems to have exacerbated that irrationality.

Two of Holmes’s sources concede that female recruits trying to join special forces would have to be held to the same physical standards as males (a hollow admission, given the lowering of physical standards in fire departments across the country to accommodate women). But mental stamina is just as important to a special-ops team member, who needs the fortitude to withstand threats, verbal and physical abuse, and possibly even torture—and that’s just in boot camp. Here is where the Yale situation comes in. According to a federal civil rights complaint filed this March by 16 Yale students and recent alumni, female undergraduates at the college experience adversity so acute that they cannot get a full education.

The federal action, filed under Title IX with the U.S. Department of Education’s Office for Civil Rights, rests on a few juvenile frat-house pranks deliberately designed to violate feminist taboos. On October 13, 2010, the Delta Kappa Epsilon fraternity forced its pledges to chant “No means yes, and yes means anal” while marching blindfolded in the freshman quad. In 2009, some athletes and fraternity brothers circulated an anonymous e-mail ranking female freshmen by the number of beers the sender would have to drink before having sex with them. And in 2008, 12 pledges to the Zeta Psi fraternity photographed themselves outside the Yale Women’s Center, the wellspring of the college’s most unhinged feminist agitation, holding small signs that read WE LOVE YALE SLUTS.

Here are a few possible responses to these incidents. Roll your eyes at the immaturity of boys and go back to studying for your chemistry exam. Stage counter-demonstrations outside the DKE and Zeta Psi fraternities giving out the toll-free number for Viagra prescriptions as an antidote to the brothers’ well-known performance problems. Announce a sex boycott of the offending fraternities and athletes until they send every freshman girl roses and chocolates.

That wise precept, “Sticks and stones may break my bones, but words can never hurt me,” has obviously long disappeared among the sisterhood, however. So, too, has the idea of keeping things in perspective. The DKE brothers’ tasteless pledge prank was just that: a tasteless pledge prank. What is the most provocative thing you could say on a college campus today, the thing most likely to outrage the largest and most influential power bloc? “No means yes.” To inflate this incident into a symbol of anything beyond an unfunny effort at transgression on the part of a trivially small (and marginalized) number of individuals requires a willful blindness to the reality of Yale. (The administration doesn’t even recognize fraternities.) The university constantly sends the message that “no means no,” whether through such formal bodies as its Sexual Harassment and Assault Resources and Education Center, its Sexual Harassment Grievance Board, and a 24-hour sexual-assault hotline or through informal channels such as freshman orientation and public pronouncements. Yale president Rick Levin and Yale College dean Mary Miller condemned what they called the pledges’ “appalling language.” “We will confront hateful speech,” they stated in a press release, “in no uncertain terms: No member of our community should engage in such demeaning behavior.” Last week, Yale banned DKE from conducting any activities on campus, including use of campus e-mail, for five years on the ground that it had engaged in “harassment, coercion or intimidation.” Yale also announced that individual frat members had been disciplined for their speech. If the pledge chant represented official thinking on campus, or was in any way sanctioned by the authorities, obviously there would be cause for concern. Clearly, that is not the case.

To the civil rights complainants, however, the DKE incident and Yale’s allegedly inadequate response to it “precludes women from having the same equal opportunity to the Yale education as their male counterparts,” in the words of signatory Hannah Zeavin. (The signatories also want to gut further Yale’s already ludicrously inadequate due-process protections for those accused of sexual assault or harassment.) Yale has one of the greatest library systems in the world; it showers on students top-notch instruction in almost every intellectual discipline; it lavishes students with healthy food, luxurious athletic facilities, and rich venues for artistic expression. All of these educational resources are available on a scrupulously equal basis to both sexes. But according to the Yale 16 and their supporters, female students simply cannot take full advantage of the peerless collection of early twentieth-century German periodicals at Sterling Library, say, or the DNA sequencing labs on Science Hill, because a few frat boys acted tastelessly. Thus the need to go crying to the feds to protect you from the big, bad Yale patriarchy. Time to bring on the smelling salts and the society doctors peddling cures for vapors and neurasthenia.

Reality check: there has probably never been a more female-friendly community in the history of humanity than today’s Yale. Virtually all of its professors and administrators are dedicated to the proposition that women deserve the same opportunities that men do—if not more opportunities. I graduated from the college in 1978. If ever there were a trace of sexism there, it should have been in that first decade of coeducation, before the rise of an increasingly feminist-dominated bureaucracy and professoriate. Not once, however, did I receive anything other than full encouragement from my teachers and the other adults in authority. Since then, the college has added a seemingly endless number of administrative offices, faculty and student organizations, working groups, and academic programs explicitly dedicated to the advancement of women and so-called women’s issues. The idea that Yale could have become less female-welcoming than in the 1970s is preposterous.

One might also legitimately object to the frat chants as unchivalrous and disrespectful of female modesty—in another universe. For feminists, however, the moribund concept of female modesty is just another sexist oppression designed to keep women down—except when we want to take offense and claim to be wounded by being treated as the sexual objects that we present ourselves as.

Here’s another reality check that should, but won’t, affect the Department of Education’s civil rights investigation (on which hang millions of dollars of federal funding): more women are trying to get into Yale than ever before. The college had its lowest acceptance rate in its history this year: 7.35 percent, driven as much by female as male applicants. If Yale really were the “hostile learning environment” that the complainants allege, girls would be shunning the college for the numerous alternatives available to them. Instead, alumni mothers who have been through the alleged gauntlet of Yale sexism inexplicably pull every string they can to get their daughters into a place that, according to the complainants, will prevent them from getting a full education.

The Yale legal action is a stunning example of the fevered unreality of modern feminism, desperate to assert victimhood, thin-skinned to the point of hysteria. Don’t expect any adult in the university to say so, however. Such eruptions of cloistered solipsism fuel the growing student services bureaucracy, whose function is to validate the little melodramas that students regularly stage about their oppressed state. Predictably, Yale has already created a new University-Wide Committee on Sexual Misconduct and an Advisory Committee on Campus Climate in response to the recent agitation. And you wonder why tuition continues to rise to astronomical heights? More depressingly, the federal government is legitimating the Yale whiners by sending an investigative team to New Haven—on the taxpayer bankroll—to perform a campus “climate check” and mediate conversations between the complainants and the university administrators. To the Yale 16 and the Washington civil rights enforcers, Yale might as well be an early twentieth-century steel mill, riven with labor-management violence, not a fabulously wealthy, harmonious institution in which exquisitely sensitive administrators spend their days figuring out new ways to pander to adolescent posturing. Undoubtedly, other colleges are nervously watching the civil rights action against Yale and bulking up their own costly feminist bureaucracies even further as a defense mechanism.

Yale’s female students may not be able to get an education in history or economics, if we believe the Title IX allegations, but they sure are getting a lesson in feminist power politics. Most will move into positions of authority. Some will enter university administrations to oversee, sympathetically, more complaints like that of the Yale 16; others will go to government offices like the Department of Education’s civil rights division, where they will launch the massive resources of the federal government against a world biased against women, even as women increasingly run the show. Anna Holmes claims that women are fully capable of the self-abnegating warrior ethos, willing to bear up stoically under crushing physical and mental adversity. The Yale fiasco suggests otherwise. 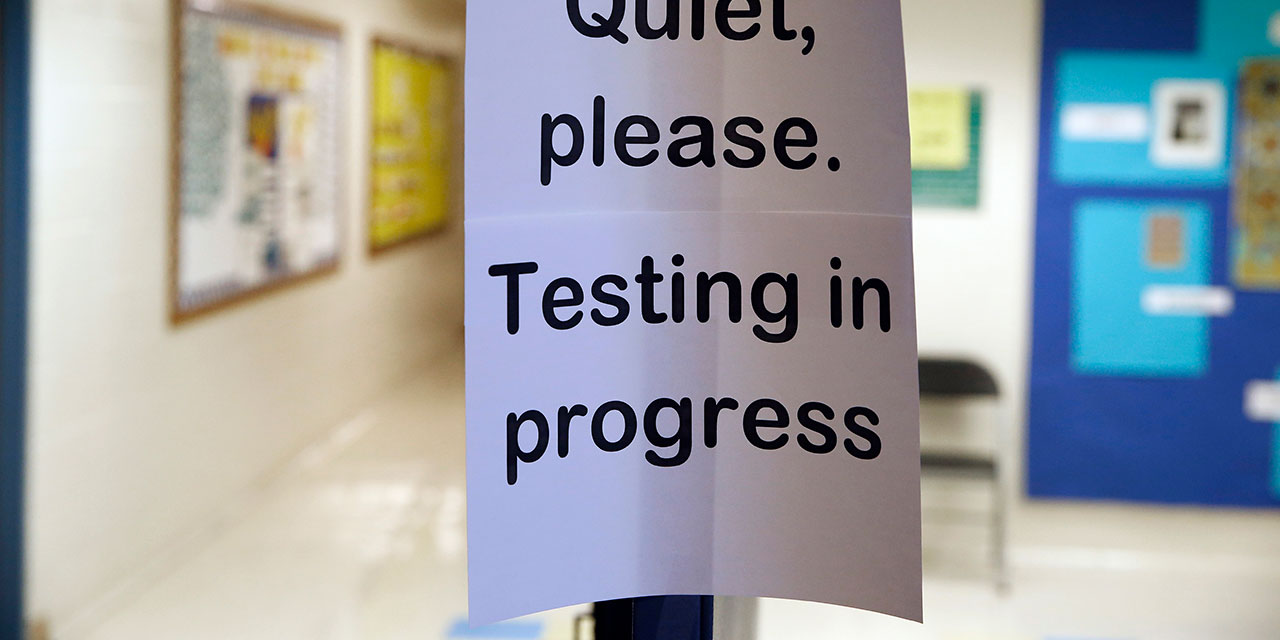