Forty-eight states currently restrict the right of felons to vote. Most states forbid current inmates to vote, others extend such bans to parolees, and still others disenfranchise felons for life. A movement to overturn these restrictions gained swift momentum during the 2004 presidential campaign, and pending legal and legislative measures promise to keep the issue in the headlines in the months to come. It hasn’t escaped notice that the felon vote would prove a windfall for the Democrats; when they do get to vote, convicts and ex-cons tend to pull the lever for the Left. Had ex-felons been able to vote in Florida in 2000—the state permanently strips all felons of voting rights—Al Gore almost certainly would have won the presidential election.

Murderers, rapists, and thieves might seem to be an odd constituency for a party that prides itself on its touchy-feely concern for women and victims. But desperate times call for desperate measures. After three national electoral defeats in a row, the Democrats need to enlarge their base. If that means reaching out to lock in the pedophile and home-invader vote, so be it. Even newly moderate Democrat Hillary Clinton has recently endorsed voting rights for ex-cons. This is inclusiveness with a vengeance.

The liberal advocates and Democratic politicians seeking the enfranchisement of felons deny any narrow political motivation, of course. Their interest is moral, they claim: it is just wrong to deny felons the vote. Their various arguments in support of this conclusion, though, fail to persuade.

The most frequently heard charge is that disenfranchising felons is racist because the felon population is disproportionately black. But the mere fact that blacks make up a lopsided percentage of the nation’s prison population doesn’t prove that racism is to blame. Is the mostly male population of the prisons evidence of reverse sexism? Of course not: men commit the vast majority of serious crimes—a fact no one would dispute—and that’s why there are lots more of them than women behind bars. Regrettably, blacks also commit a disproportionate number of felonies, as victim surveys show. In any case, a felon either deserves his punishment or not, whatever his race. If he does, it may also be that he deserves disenfranchisement. His race, in both cases, is irrelevant.

But look where the laws preventing felons from voting arose, the advocates say: in bigoted post–Civil War legislatures, keen to keep newly emancipated blacks away from the ballot box. These laws are utterly racist in origin, like poll taxes and literacy tests. But this argument fails on two counts. First, as legal writer Roger Clegg notes, many of the same studies appealed to by felon advocates show that the policy of disenfranchising felons is as old as ancient Greece and Rome; it made its way to these shores not long after the American Revolution. By the time of the Civil War, 70 percent of the states already had such laws.

Second, even if felon disenfranchisement did have a disreputable origin, it wouldn’t follow that the policy is bad. To think otherwise would be to commit what logicians call the genetic fallacy. Say Abraham Lincoln drafted the Emancipation Proclamation purely for cynical political reasons, or to exact vengeance on rebellious Southern plantation owners, or just to get rid of some unneeded scratch paper. It would be silly to suggest that therefore freeing the slaves wasn’t a good thing.

Felon advocates also argue that to prevent felons from voting, especially after their release from prison, unfairly punishes them twice for the same crime. On this view, the ex-con pays his debt to society by doing time and should suffer no further punishment. But this begs the question at issue: should a felon lose his vote as well as spend time behind bars? Few people would say that the drunk driver sentenced by a judge to lose his driver’s license and to pay a hefty fine is punished twice. Most would agree that, given the crime, this one punishment with two components is perfectly apt. Similarly, those who support disenfranchising felons do not believe in punishing criminals twice for the same misdeed; they believe in punishing them once, with the penalty including both jail time and the loss of the vote. A punishment of incarceration without disenfranchisement, they plausibly maintain, would be too lenient.

The claim that disenfranchising felons is wrong because the right to vote is basic and inalienable—another common argument of the advocates—is no more convincing. Obviously, the right is not basic and inalienable in any legal sense, since the laws banning murderers, thieves, and other wrongdoers from voting have stood for a long time. Nor is the right basic and inalienable in a moral sense. Even John Locke, the English philosopher generally regarded as having the greatest influence on the American founding, didn’t view the franchise in that light. True, Locke believed that all human beings had certain rights by nature (such as rights to life, liberty, and property), that government existed to protect those rights, and that any legitimate government had to rest on the tacit consent of the people. But the government that the people consented to did not need to be democratic, in Locke’s view—it might even be monarchical.

As long as it protected the basic rights of citizens and retained their loyalty, it remained legitimate, whether or not it allowed its citizens to vote.

Further, Locke added, under certain circumstances we can lose even the rights we do have by nature. Someone who violates another’s rights to life, liberty, and property forfeits his own rights to these things; society can legitimately punish him by removing these rights. The criminal has broken the social compact and violated the trust of his fellow citizens. He cannot reasonably complain if they mete out to him a measure of the very harm that he has inflicted on them. Their doing so is a means of dissuading others from breaking the social contract.

Seen in this light, disenfranchisement seems a particularly appropriate punishment for felons. The murderer, rapist, or thief has expressed contempt for his fellow citizens and broken the rules of society in the most unmistakable way. It’s fitting that society should deprive him of his role in determining the content of those rules or electing the magistrate who enforces them.

A New York Times editorial this past February favored felon voting—no surprise there—but put forward a different rationale. The disenfranchisement of felons, the paper held, “may actually contribute to recidivism by keeping ex-offenders and their families disengaged from the civic mainstream”—a notion “clearly supported by data showing that former offenders who vote are less likely to return to jail.”

The Times’s argument is at least more serious than those considered so far. Still, it doesn’t fly. Recidivism doubtless is also less common among ex-cons who return their videos on time. That doesn’t mean they should be rewarded with free rental privileges at Blockbuster. More to the point, it doesn’t seem to have occurred to the Times that it might be misinterpreting the (alleged) causal connection between voting and keeping out of trouble. Surely it’s at least plausible—in fact, quite plausible—that it is precisely the sort of person disposed to learn from his mistakes and become more conscientious who is likely to vote in the first place. That is, it isn’t that voting makes someone responsible but that the responsible person will be likelier to vote.

If that’s true, then a former inmate who already has what it takes to clean up his act isn’t likely to relapse into a life of crime just because he can’t cast a ballot. By the same logic, an ex-con hell-bent on new rapes and muggings isn’t going to turn over a new leaf just because he gets to vote—even if it’s to vote for a Democrat. The notion that he might is pure sentimentality. It assumes that deep inside the typical burglar or car jacker lurks a Morgan Freeman–type character, full of world-weary wisdom and latent civic virtue. A neoconservative, some say, is a liberal mugged by reality. A felon-vote advocate seems to be a liberal who has seen The Shawshank Redemption one too many times.

It would be a tall order for any moral or political theory, let alone the Lockean one central to the American tradition, to make a convincing case that the disenfranchisement of felons is particularly unjust. How is depriving felons of the vote worse than stripping them of their freedom by incarcerating them? Surely the right to liberty is far more basic and fundamental than the franchise. Yet few would deny that it’s legitimate to deprive serious criminals of their liberty. To do so, after all, would be to deny the possibility of criminal justice.

Perhaps, though, some advocates of felon voting have trouble with the basic concept of criminal justice. Traditional notions of desert, punishment, and retribution aren’t in fashion among those whose hearts bleed more for perpetrators than for victims. The movement to give felons the vote may be a sign that the tough-on-crime New Democrat is as passé as the Kerry campaign: for a whiff of the criminal-as-victim mind-set seems to surround the whole enterprise. The Times editorial coos over unnamed “democracies abroad” that “valu[e] the franchise so much that they take ballot boxes right to the prisons.” It would have been more accurate to say that they “value the idea of individual responsibility so little that they take ballot boxes right to the prisons.”

Such countries devalue the franchise by throwing it away on murderers and other criminals, whose fellow citizens’ blood is still fresh on their hands. Such hands can only defile a ballot. If the right to vote is as precious as felon advocates claim to believe it is, we should expect people to uphold at least some minimum moral standards in order to keep it—such as refraining from violating their fellow voters’ own inalienable rights.

Those pushing for felon voting will thus need to come up with much better arguments before they can hope to convince their fellow citizens. They ought at least to try. People might otherwise begin to suspect that the hope of gaining political advantage is the only reason they advocate reform. 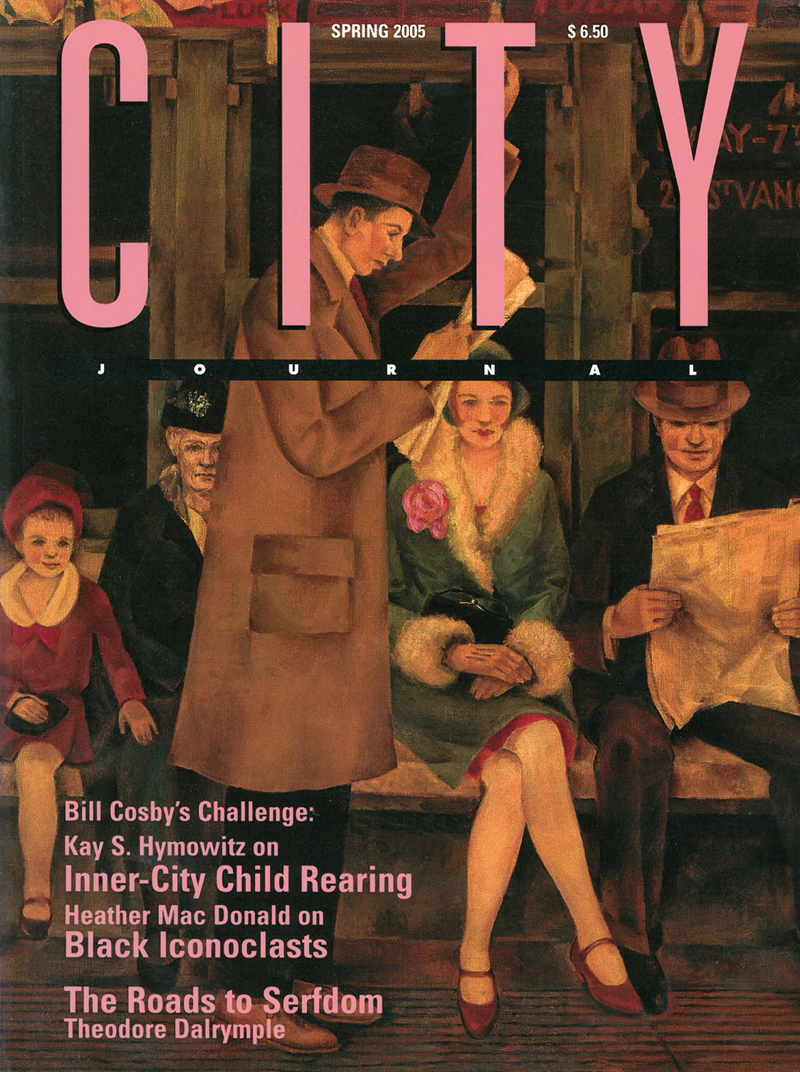 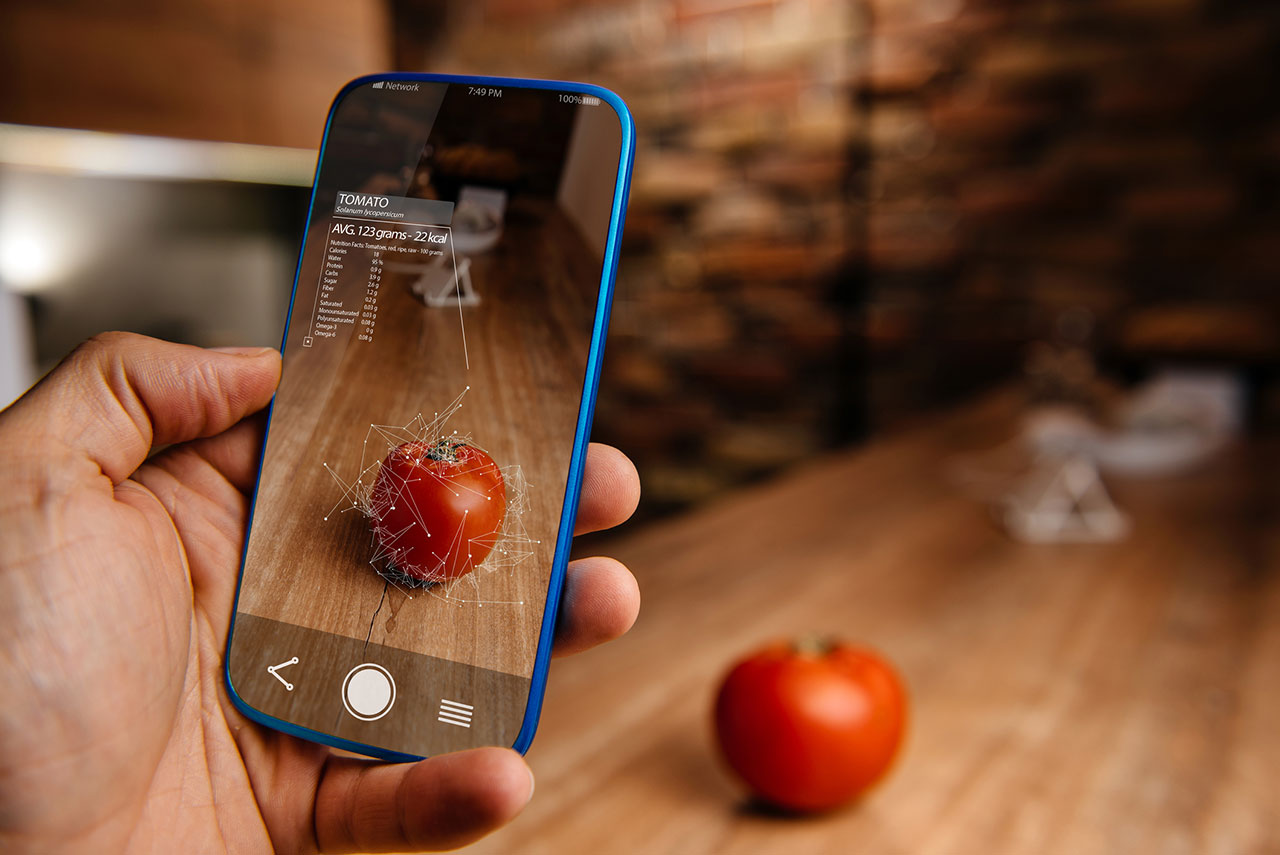