Delivering his first budget address as Connecticut governor in February 2011, Dannel P. Malloy described the principle that would guide his policies: “shared sacrifice.” It aimed at convincing taxpayers that state employees would suffer along with them during the nastiest recession in decades. Malloy was certainly asking taxpayers to suffer: his $1.9 billion tax increase for the 2012 fiscal year was the largest in state history.

A few months later, Malloy announced an agreement that would renegotiate state-employee contracts. The deal would save the state $1.6 billion over two years and $21.6 billion over 20 years. State employees initially balked, but they finally agreed after an emergency bylaw change reduced the threshold for union approval. While the union was deliberating, Malloy talked tough. He announced thousands of layoffs and even flirted with collective-bargaining reforms milder than those initiated in Wisconsin. The layoffs didn’t happen—a few state troopers lost their jobs but were soon rehired—and the governor soon abandoned his talk of labor reform.

Malloy’s agreement with the unions would purportedly save Connecticut taxpayers some money over two years: $485 million from pension reforms, $448 million from freezing wages, $391 million from changes to state employee health-care plans, $180 million from implementing cost-saving suggestions from state employees, and $90 million from using money-saving technology. In exchange, the agreement promised state employees no layoffs for four years, locked-in retiree health-care and pension benefits until 2022, a favorable adjustment to the formula for calculating pensions, and a guarantee not to revise downward those pensions incorrectly calculated in the past.

Does Malloy’s agreement amount to shared sacrifice or sham? Despite the large savings figures, state spending this year is running hundreds of millions above last year. (The state ended the fiscal year with a $143.6 million deficit; Malloy covered the shortfall with $222.4 million that had been set aside for the early repayment of debt incurred to balance the budget in 2009.) Some of Malloy’s touted savings figures were suspect to begin with. The nonpartisan Office of Fiscal Analysis, the number crunchers for Connecticut’s legislature, raised numerous questions about their validity. A Freedom of Information Act request revealed that the administration could only document $1 billion of the two-year savings. Some of the savings also turned out to be “mutually exclusive,” as OFA put it. The creation of a new tier in the pension system, for example, means that reforms to the old tiers will lose some of their savings potential. And the projected $180 million savings from the so-called “employee-suggestion box” met with public ridicule. If Malloy had told the unions they would lose $180 million in pay if they didn’t suggest $180 million in verifiable savings, these savings may have turned out to be real.

The agreement also created a state-employee “health-enhancement program.” Employees could avoid a $100 monthly increase in their health-insurance premiums by meeting certain preventive-care requirements. The Malloy administration estimated that only half of employees would participate, bringing the state about $50 million in additional premiums. Instead, 99 percent of state employees joined the program, nullifying most of the short-term savings. It remains to be seen what long-term savings might result from these incentives.

Perhaps even more troubling than the questions on short-term savings are the agreement’s declining prospects for long-term savings. When actuaries reported a $4.8 billion shortfall in 20-year pension savings, Malloy changed the subject by announcing a proposal to smooth out pension payments over the next two decades. That is, instead of contributions that grow at an accelerating pace each year and culminate in large “balloon” payments, the governor proposed larger contribution increases at the outset, followed by moderate increases each year and no balloon payment at the end. Though the new proposal would undo the back-loading of pension costs—a positive step—it does nothing to address the savings shortfall.

Separately, state actuaries reported that Connecticut has reduced its unfunded liability for retiree health care by $8.7 billion, bringing it down to $17.9 billion. That’s good news, but little if any of those savings can be attributed to Malloy’s state-employee agreement. First, the actuaries changed their assumptions, including the discount rate and the rate of medical inflation, in ways favorable to the state, and actuaries also identified costs below previous estimates. Second, state comptroller Kevin Lembo changed the way the state provides prescription drugs to retired state employees on Medicare. The new arrangement allows the state to count future federal subsidies against its liabilities. Third, the state increased the discount rate a second time. The first increase hiked the rate from 4.5 to 5 percent. The second increase upped the rate to 5.7 percent. Changing this one number “saved” the state $2.1 billion.

The actuaries’ justification is that the state now has a trust fund where investments will reduce the amount owed by taxpayers. Unfortunately, the trust includes assets covering only 1/400th of the state’s long-term health-care liabilities.

In selling the new state-employee agreement to union members, the chief negotiator, Dan Livingston, said that the deal was so good, he was going to Washington to teach other unions how to replicate it. “It is unknown in this country,” Livingston said. “They want to know how we did it.” He told the membership: “You all, if you ratify this, have security that no other state worker in the country has, and I’d venture to say no other private sector workers. Nowhere else in the country will you find workers who know they won’t be laid off for four years no matter what happens.”

And then came his kicker: “Now, the governor doesn’t exactly report it that way in the press,” Livingston said, “because of the whole shared sacrifice, etc.” Good to know.

A week after I reported Livingston’s remarks, he wrote to Connecticut Attorney General George Jepsen accusing me of hacking into the state computer system, which I have neither the desire nor the ability to do. Jepsen later cleared me. Livingston was right about one thing, though. Connecticut’s state employees got a good deal. 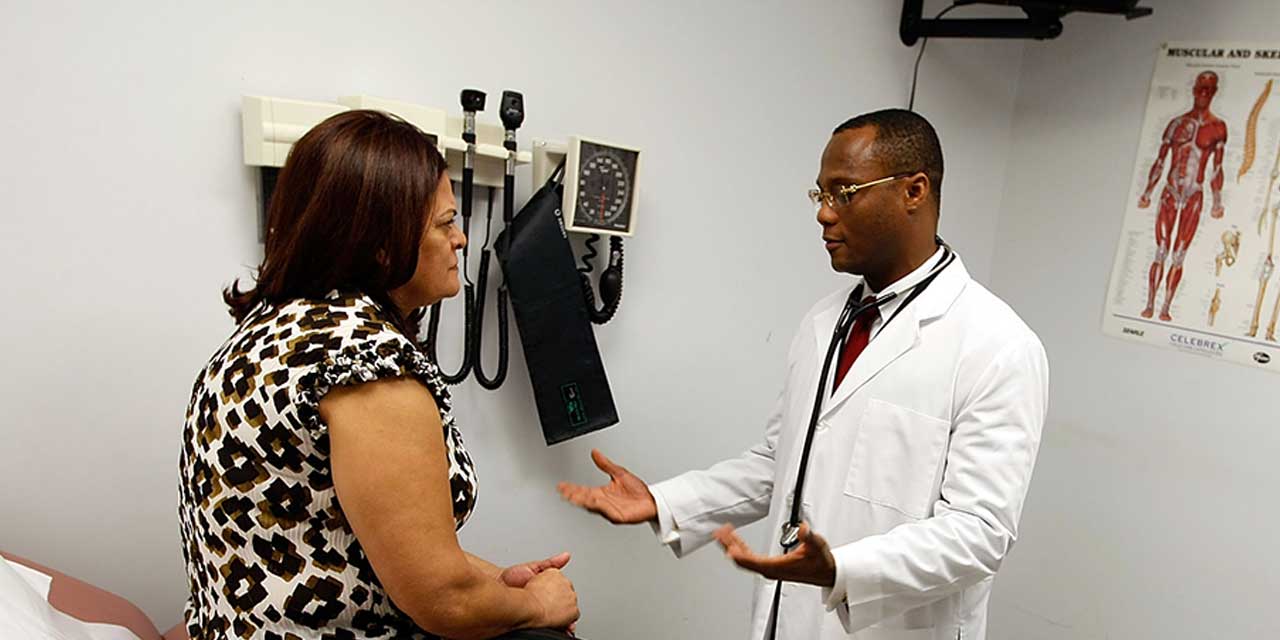 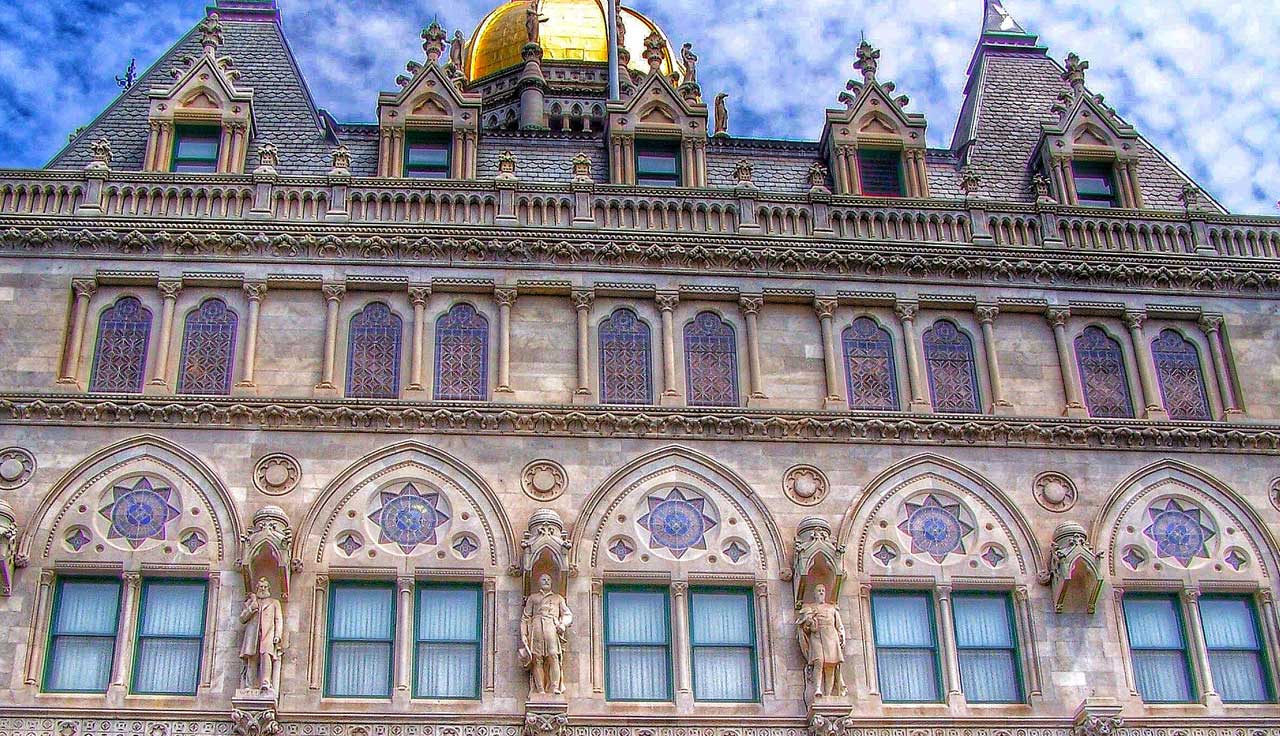 Zachary Janowski Facing up to a spending mess, Democratic governor Dannel Malloy is finally pushing back against state employee unions.
eye on the news