Setting a Bloody Century in Motion

The family was roused early in the morning and told to dress in preparation for an immediate change of location. They were brought to a dingy basement room and ordered to wait, while their killers fortified themselves with liquid courage. One hundred years ago, in the early hours of July 17, 1918, the abdicated Czar Nicholas II and his immediate family, along with four retainers, were murdered, and buried in haste under cover of night.

Studying the years that led to that savage night, it’s hard not to want to shout across time at the last Romanov, to wake him from his walking stupor. His feckless rule was marked by indecision and half-steps at political reform, the necessity of which was obvious to everyone. Sergei Witte, the brilliant diplomat and reformer who engineered Russia’s first constitution, warned Nicholas in 1905 that “Russia has outgrown its existing governmental forms. . . . You must give the people their constitution; otherwise, they will wrest one away.”

Nicholas dithered, while also imploring his cousin Grand Duke Nicholas Nikolaevich to become dictator. The Grand Duke (known as “Tall Nicholas,” for his imposing height) took out his pistol and said that he would shoot himself in the head if the czar refused to sign the decree authorizing the formation of a parliament. Nicholas, himself incapable of dramatic, decisive gestures, signed.

From the outset of his reign, Nicholas was as detached from authority as he was captivated by the weight and romance of its history. His own mother told Witte, years before the premature death of her husband, Czar Alexander III, that Nicholas was incapable of ruling and lacked the character and will to become emperor. His rule bears out this judgment. Inspired by the ideal of the mystical union of the “people and the czar,” Nicholas possessed the political worldview of an early-modern absolutist, along the lines of King James I of England. He tried to convince himself, while revolt and turmoil boiled around him, that the 300-year legacy of the divinely inspired Romanov rule could not possibly end with him. 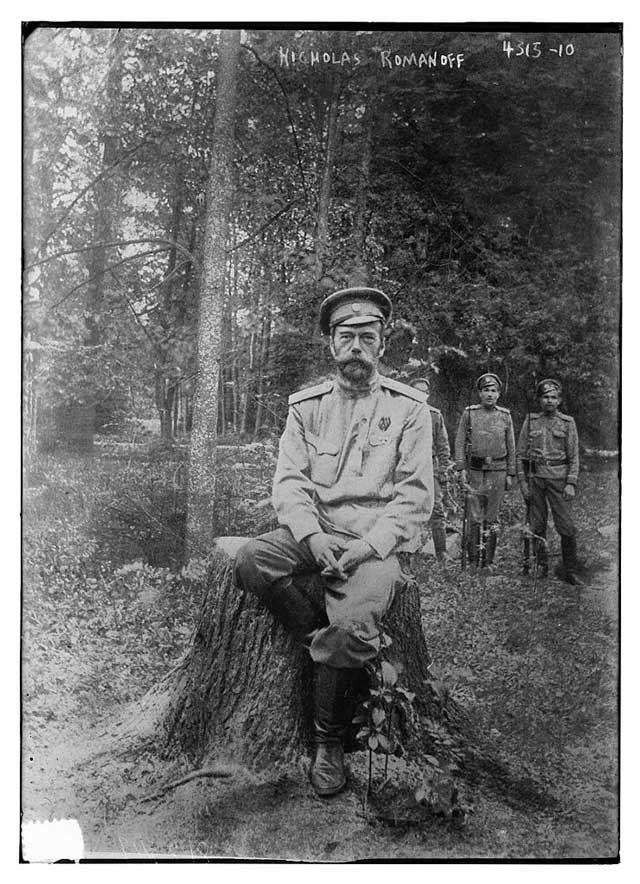 Nicholas was possibly the most uxorious of all world leaders. His letters to his wife, Alexandra, a granddaughter of Queen Victoria, are intensely romantic, and his diaries portray a doting, lonely soul who cherished walks in the woods. The couple’s bizarre relationship with the monk Grigori Rasputin, whom they believed capable of the power to heal and comfort their hemophiliac son, scandalized Russian society. Rumors abounded concerning Rasputin’s malign influence over the throne, discrediting the regime in the eyes of many.

Despite Nicholas’s failure as a leader to rein in the revolutionary energies that rocked Russia throughout his two-decade rule, and the excesses in repression that attended it, there was no justice in how he and his family were killed. Consider the two other major regicides in modern European history: those of Charles I of England and Louis XVI of France. Each was deposed and tried by radical regimes that, like the Bolsheviks, sought to reboot world history. But Charles and Louis were tried in open court and given the chance to defend themselves, and their executions were public, too. Both men went to their deaths with dignity. Charles wore two shirts so that he wouldn’t shiver from the cold and give the impression that he was afraid; Louis pardoned his executioner, and proclaimed his own innocence. Their executions were conducted under the umbrella of legality. Their children survived them.

The killing of the Romanovs, on the other hand, was as bloody and ghastly as any mass murder of women and children. The killers fired some 70 bullets point-blank at their 11 victims, who screamed and clasped one another. The room soon filled with smoke and pulverized plaster and the groans of the wounded. In order to finish their work, the Bolsheviks beat the family to death with their rifle butts and stabbed them with their bayonets. The bodies were then dumped into a pit.

The murder of the Romanovs—by all accounts, a happy, loving family that had adjusted to its abdication, reduced circumstances, and imprisonment with good cheer—was a fitting curtain-raiser to what would follow. The 70 years of Soviet oppression, which fed millions into a maw of death in the name of “history,” were prefigured in the events of that July night, 100 years ago.

Zaid Jilani The ACLU joins Democratic politicians in opposition to making school curricula available to parents.
eye on the news

Rong Xiaoqing Repelled by progressive policies, Asian-American New Yorkers look to the other side of the aisle.