Savior of the Subways William Ronan, the first chief of the Metropolitan Transportation Authority, died last week at 101. During his nine-year tenure at the MTA and its predecessor, Ronan presided over a transit system in decline serving a city in decline. Yet he was at the helm when New York finally gave up on the private automobile as the engine of urban growth, a realization that eventually allowed Gotham to resurrect itself.

Robert Moses’s Triborough Bridge opened in 1936, minting huge toll profits that helped him become New York’s “master builder.” New York spent three decades building highways, bridges, and tunnels. Though intended to relieve traffic congestion, the new infrastructure actually encouraged people to drive more. Between 1940 and 1963, car and truck traffic into Manhattan increased by 59 percent. Subway traffic fell 10 percent and commuter-rail traffic dropped 14 percent. By the mid-sixties, after “30 years of do-nothingism in mass transportation,” as Ronan would later put it, it looked like the car had prevailed.

In 1964, Governor Nelson Rockefeller tapped Ronan, an NYU government professor and top administrator for Mayor Robert Wagner, to come up with a plan for the bankrupt private railroad that brought commuters from Long Island into Manhattan. A year later, the state took it over. Without that rescue, Ronan said, the Long Island Rail Road “wouldn’t have survived in any form.” Gotham’s subways, jointly controlled by the state and city, soon needed a bailout, too.

Ronan grasped two things before most people did. First, he understood that transit was the future, not the past. Ronan doggedly released what the New York Times called “a sweeping $2.9 billion blueprint” to build a Second Avenue subway, an LIRR link to the East Side of Manhattan, and a rapid commuter train to Kennedy Airport. Campaigning for a $2.5 billion bond in the summer of 1967, Ronan reminded New Yorkers that the city hadn’t built any subways since the Great Depression and hadn’t “done anything really significant for commuter railroads since 1913.” Voters approved the state bond, and Ronan got to work planning his new tunnels, noting that he was “little interested in stocking libraries with more studies.”

Ronan understood something else: transit was never going to pay for itself, but that didn’t mean it should die, as it had been gradually doing. “It’s time to stop talking about transit deficits,” he said. “We don’t talk about a police department deficit, but we need the subways as much as the police department.” Created by Governor Nelson Rockefeller and the state legislature in 1968, the MTA merged subways and commuter rail with Moses’s agency, using surpluses at the latter to pay for the former. Moses didn’t give up his tolls easily. He argued that the plan to use his bridge-toll profits to subsidize subway operations “spring[s] from panic and not logic.” He “resolutely opposed amalgamation proposals,” the Times noted, and worked “with his customary vigor to block any loss of independence by his agency.” One Moses tactic was to spend Triborough’s surpluses in advance, committing to capital spending on bridges and tunnels more than a decade into the future. “Robert Moses has formulated plans to bar the use of any Triborough Bridge and Tunnel Authority funds to meet losses on the city’s transit system until after 1985,” the Times reported. When that gambit failed, Moses used his most potent weapon—his knowledge of finance—to try to stop the merger.

In 1967, the trustee for the Triborough bondholders, Chase Manhattan Bank, sued to stop the deal. “The Chase suit on behalf of the bondholders pitted David Rockefeller, president of Chase, against his brother, the governor,” the Times noted. But the governor won. In an out-of-court settlement, the trustee allowed bondholders to divert Triborough tolls. In return, bondholders got a higher interest rate. Analyzing the settlement half a decade later, when the state publicly released it, the Times concluded that the deal had finally gutted Moses’s financial power, which has “rested largely on his ability to appeal to the bondholders.” Though Jane Jacobs and other urban advocates were already sapping Moses’s public strength, Ronan had taken away the money.

The system that Ronan created got off to a rough start. During the seventies, the city, the state, and the MTA faced huge deficits. Between 1965 and 1971, subway ridership plummeted. Pushed up by bad deals with labor unions, costs soared, from $331 million to $527 million. By the early seventies, the MTA faced an annual budget deficit of $120 million—more than 20 percent of its budget—and had to borrow from its capital account to meet payroll. Even a 50 percent fare hike wasn’t enough to close the gap. Deficits piled up and Ronan’s big plans receded into the future. The money the state had borrowed for the Second Avenue subway and for the LIRR’s extension to East Midtown went to cover operating deficits. In 1971 and 1973, voters rejected two bond issues for capital investments, partly because they didn’t believe the money would go to the right purposes. The subway kept shedding riders. The city itself started to lose population, dropping from 7.8 million people to 7.1 million from 1970 to 1980. In 1973, a tunnel ceiling in Queens collapsed, killing a passenger. By the time Ronan stepped down in 1974, his mega-projects had come to a halt. Much of the work wouldn’t resume until the new millennium.

Nearly 50 years after Ronan inaugurated the MTA, though, it looks like he was right—and his vision helped save New York. In the early eighties, under Chairman Dick Ravitch, the MTA got its first official long-term capital-projects plan. Albany funded the plan by expanding the system Ronan created. New tax subsidies supplemented the toll subsidies, allowing the MTA to cobble together billions for capital investment. Though the system is far from perfect, it has worked. Subway ridership began rising in the eighties. More than $120 billion in capital investment to rebuild and repair the aging system—based on Ronan’s mid-century approach of long-term planning and cross-subsidy—has pushed ridership to record heights. Last month, subway ridership broke records on five days. “The 149 million customers over the month were more than in any other September in more than 60 years,” the MTA reported, with 6.1 million weekday riders piling on the trains, up from 3.6 million daily riders two decades ago. Meanwhile, auto and truck traffic into Manhattan peaked in 1999 and has dropped 12 percent since then.

Without a healthy and functioning MTA, New York would not have been able to reverse its population losses, as it began to do in the eighties. A growing voter base demanded reductions in crime, which followed in the nineties. A growing tax base helped pay for an expanded NYPD.

New York can’t rest on these successes. This month, Governor Andrew Cuomo called the MTA’s latest five-year capital-investment plan “bloated.” Yet the plan would continue rebuilding a system that hasn’t completely reversed its mid-century decay, and to keep building the projects—the Second Avenue subway and East Side Access—that Ronan envisioned 50 years ago. The MTA’s fiscal struggles continue as well, partly because the state and city have never dealt with the union-labor problems that have plagued transit for decades.

If Cuomo is tempted to scale back the modest progress we’ve made since Ronan’s days, he should remember the soon-to-be-MTA-chief’s words from 1967: “It is essential for the economic future of both New York City and the suburbs that New York’s place be secured as the office-building capital of the world . . . Only if we construct a rational and vastly improved transportation system can that be done.” 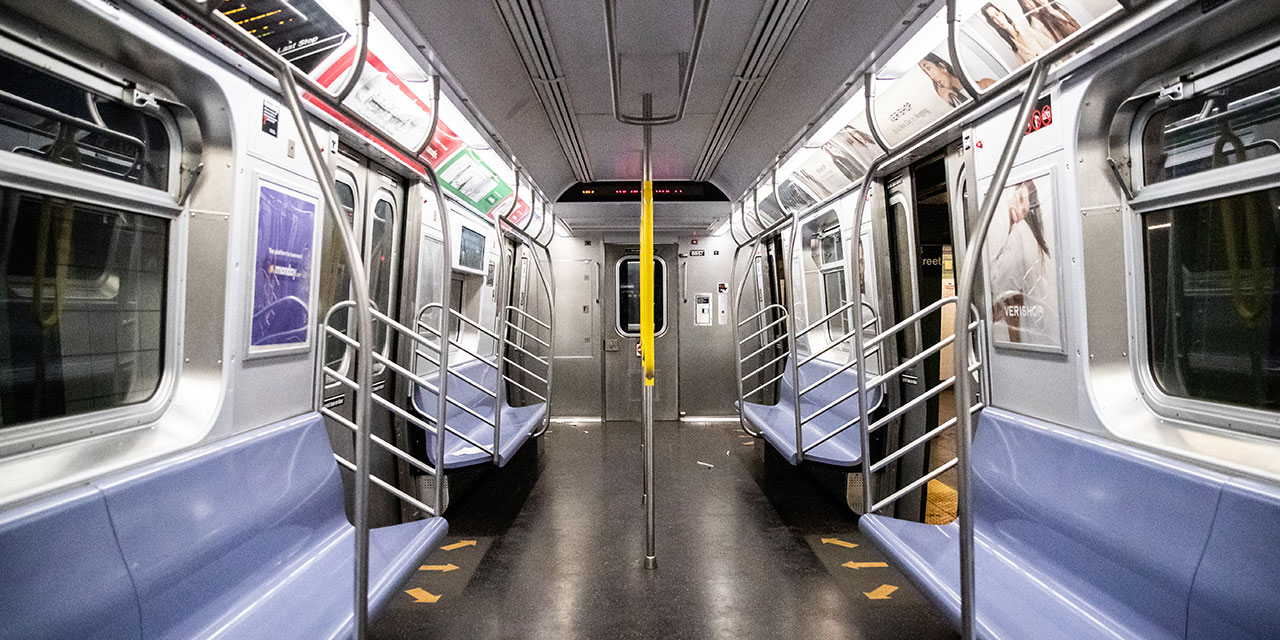 Nicole Gelinas The subway system has never shut down at night—until now.