The Right Way to Pick a Chancellor

As predictably as the flu, New York City's search for a new chancellor for its monster of a school system is back. But is the 1.1 million-student, $10 billion-plus behemoth even governable?

I asked that question to Paul Vallas, the innovative CEO of the Chicago Public Schools since 1995, and his answer was yes—if you follow a few rules.

Rule number one: Hire local. The leader of a large system like New York's has to know the local talent. "An out-of-state person takes six months to learn where to park," says Vallas, who had previously been Chicago's budget director before taking over the schools. "When I came in I knew who were the top educators, the top construction companies, the top law-enforcement officials—I could recruit an army."

And he did. Vallas swept through the Chicago bureaucracy like Patton invading Sicily, replacing people three to four deep in every department and filling a host of vacancies just in his first 100 days. With his people in control, he could make dramatic changes by fiat. "When I wanted to end social promotion, it was done; when I wanted an extended day for kids below grade level, it was implemented—this is my bureaucracy." By contrast, an out-of-towner would have spent his first 100 days painstakingly exploring the complexities of the moribund bureaucracy he had inherited. And who'd be his likely guide? The very bureaucrats he should be thinking of replacing.

Rule number three: Give individual schools a good deal of power but hang on to the reins of accountability. In Chicago, each of the 591 schools has a council that picks its own principal and has control over a discretionary budget. "Some schools might want to expand their summer programs; some may want a full day or half-day; some might want to reduce class size," says Vallas. "We don't tell them how to do it. We tell them what the goals are." The central office dictates minimal standards and fiercely ensures compliance.

Vallas's rules make sense, but his own tenure shows that more is involved. Vallas hasn't just hired, organized, and delegated. With the strong backing of Chicago mayor Richard Daley Jr., he has brought to the city's schools a revolutionary educational vision modeled on a combination of Aristotelian and parochial-school values. He has mandated character education, encouraged partnership with religious institutions to supplement school counseling, and made community service a requirement for graduation. His response when I asked if a possible court challenge to these policies worried him testifies to his dissimilarity from your usual jargon-spewing bureaucrat-in-chief: "We'll go to the wall on this."

Since Vallas took office, discipline problems have eased, and, though reading and math scores remain abysmally low, they're significantly better than before he took command. If they continue to improve, it will lend credence to the idea that a gifted and courageous boss can make a behemoth of a system go where he wants it to go, even without structural change. 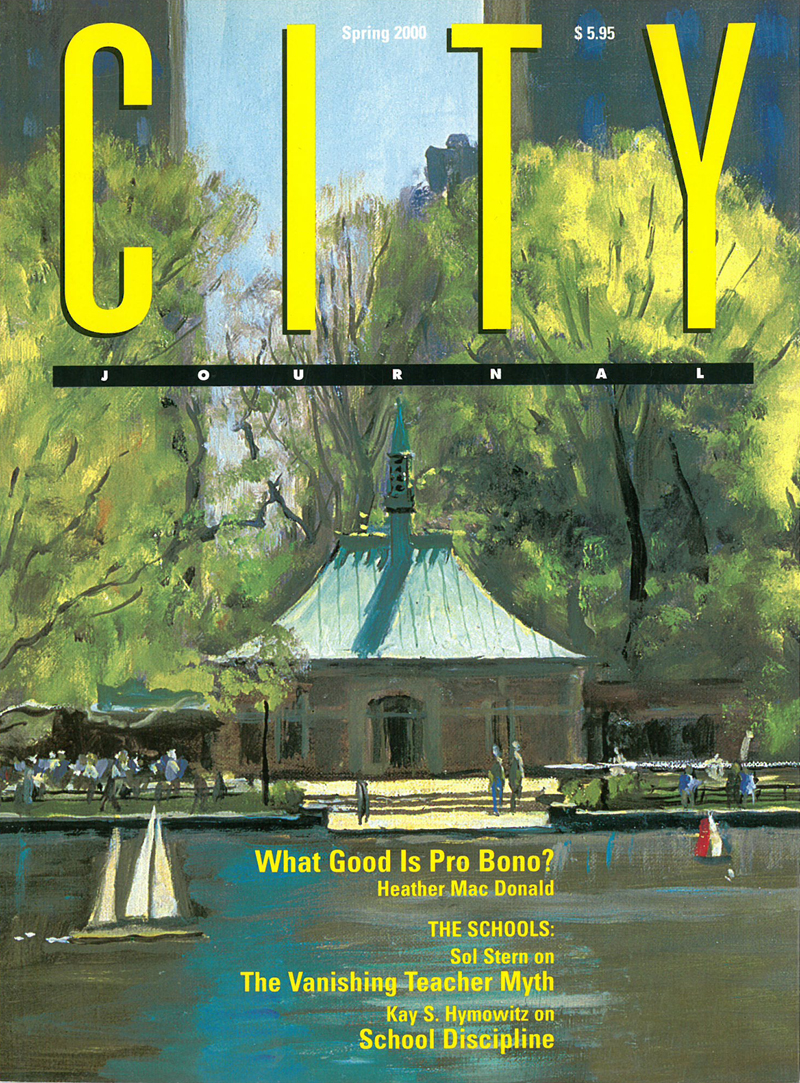