The Real Challenge for U.S. Industry

The conventional wisdom about the decline in American manufacturing jobs is that automation is to blame—“Most US manufacturing jobs lost to technology, not trade,” a Financial Times headline claims. Similarly, a December New York Times article self-assuredly states, “The Long-Term Jobs Killer Is Not China. It’s Automation,” as does CNN Money in its article, “Rise of the machines: Fear robots, not China or Mexico.”

This assessment of the state of U.S. manufacturing rests on two statistics that seem to be in tension. First, employment in U.S. manufacturing has plunged 30 percent since 2000. Second, manufacturing output has held steady as a percentage of GDP. Improvements in productivity, including automation, explain the divergence of these trends: factories are making more with fewer workers. In other words, the only concern regarding American manufacturing competitiveness is what to do with the workers who’ve lost their jobs to robots.

In fact, the conventional narrative is wrong; it is based on misleading manufacturing statistics. A new, more informed counter-narrative is emerging from a handful of economists and Washington policy analysts. This highly technical analysis involves knowledge of the way U.S. statistical agencies calculate manufacturing output. It shows that employment has indeed fallen in manufacturing, but it is likely that output has fallen, too.

For example, Susan Houseman of the Upjohn Institute has found that virtually all the alleged output and productivity growth in U.S. manufacturing took place in one small sub-sector, computers and semiconductors. The rest of industry—87 percent of the total—is far from healthy. Output has barely grown since the 1990s, though the population has expanded; output has actually declined since 2007.

And even America’s single manufacturing success story is not what it seems. Government statisticians make complex adjustments in their calculations to incorporate advances in product quality in a way that can show up as more computers produced, even if the actual output remains the same. As Houseman concludes, “rapid output growth in this industry does not necessarily imply that American factories are producing many more computers, semiconductors, and related products—they may be producing less.”

Parallel research from the Washington-based Information Technology and Innovation Foundation (ITIF) similarly finds that manufacturing output has been in decline since 2000. The severity of this decline has been masked by the growth of the single sector of computers and semiconductors, “whose output has been shown by numerous academic studies to be seriously overstated,” notes ITIF. After correcting for these measurement issues, ITIF estimates “that total manufacturing output actually fell by 11 percent from 2000 to 2010, not increased by 7.7 percent as the official data report.”

Further, production of the one remaining (allegedly) bright spot in American manufacturing is increasingly moving to Asia. The U.S. runs a trade deficit even in advanced technology industries. For MIT professor Suzanne Berger, along with an MIT task force on production and innovation, “a close look at the composition of a worsening trade deficit shows that even in high-tech sectors in the U.S. the picture is deteriorating.”

These complex statistics suggest a much weaker sector than the conventional narrative presents. There is no need to turn to explanations involving automation to explain the disconnect between output and manufacturing employment because there is no disconnect: both are suffering.

Though automation may still account for some job losses, U.S. manufacturing suffers from too little technical innovation, not from too much. The equipment inside American factories is old, averaging about 10-plus years, which is virtually Jurassic when it comes to manufacturing.

How to fix manufacturing—as well as what is driving the decline—is a very different question, but a starting point is to acknowledge the problem. The mystery is why this counter-narrative is not better known. True, the new analysis derives from arcane arguments about the calculation of government labor statistics. However, much of the conventional narrative comes from economists and policy analysts who themselves are part of the “statistical community”—after all, they spend their days working with government statistics.

The reality is that it’s much easier for pundits and politicians to worry about futuristic issues like the tradeoff between robots and humans rather than do something about the grimy, real problems of deteriorating manufacturing output and competitiveness. No tough policy response is required, nor is there any reason to look deeply into why manufacturing collapsed so suddenly after 2000, or at what role international trade with China might have played in that collapse. The fantasy that the U.S. is filled with automated factories staffed by human-displacing robots is more comforting than the reality of rusting, derelict, and abandoned factories throughout the country.

This should be a bipartisan issue. But the topic—like most economic issues—falls well outside of the contemporary Left’s social-justice concerns about race, gender, and the environment. It simply doesn’t have the same emotional appeal.

There is something else driving the debate about automation, something highly emotional—the election of Donald Trump. Acknowledging that there’s something wrong with U.S. manufacturing is a path toward conceding, even just a tiny bit, that there could be something to the Trump manufacturing agenda. For many pundits and politicians, that’s hard to digest.

David Adler is an economics researcher and writer based in NY. He is the author, most recently, of the monograph The New Economics of Liquidity and Financial Frictions (CFA Institute Research Foundation).

David Adler One state’s focus on creating a skilled labor force led to a revival in manufacturing jobs. 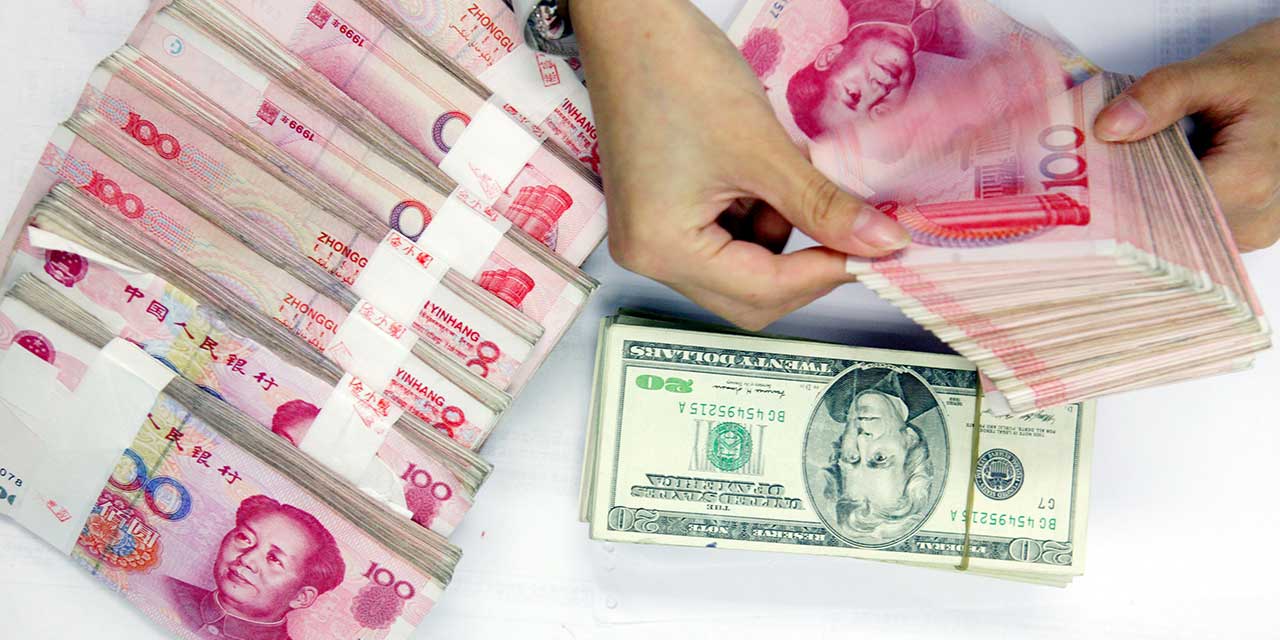 David Adler Beijing’s manipulations go beyond currency intervention—and the United States needs to wake up to these realities.
More on