The Prince of Poisoners

I recently traveled to Stafford, one of the many English market towns that used to be beautiful. A few years of bureaucratic town planning, however, have destroyed centuries of harmonious construction. Ceausescu could hardly have done worse.

Finding myself with some time, I went to the large, half-timbered Elizabethan house in the town center to see an exhibition held there, dedicated to Dr. William Palmer, the Prince of Poisoners. Palmer was hanged outside the Stafford jail—still a prominent local landmark—in 1856, before a crowd of 30,000. As Stafford's population at the time was only 12,000, he obviously helped stimulate the local economy. In a small way, he still does: a local beer bears his name, an inn hangs pictures of places associated with him in its bar, and at the exhibition, one could buy (as I did) Palmer memorabilia, such as notebooks and postcards. (The tombstones of his 14 or 15 victims were popular subjects for Victorian postcards.)

Though a doctor, Palmer preferred horse racing to medicine and got into terrible debt. He forged his mother's signature on many loan notes, and when they fell due, he poisoned people whose lives he had insured shortly before or who had a lot of cash on them. He poisoned his mother-in-law in the delusory hope of a legacy. He purportedly poisoned quite a few of his own children, legitimate and otherwise, as well, because they proved an expense that he could ill afford.

Palmer's life and death gave rise to an entire genre of artifacts, now known as Palmeriana, ranging from reports of his trial to Staffordshire china figurines and reproductions of his death mask. I have a small collection myself. Robert Graves published a novel, written on the centenary of his execution, entitled They Hanged My Saintly Billy (a quotation from Palmer's forgiving mother). The radical editor of The Lancet in Palmer's day, Thomas Wakley, also took up the pen on his behalf, in a pamphlet with the strong though not succinct title of The Cries of the Condemned or Proofs of the Unfair Trial and (if Executed) the Legal Murder of William Palmer Lately Sentenced to Die on a Charge of Poisoning; and Reasons Why He Should Not Be Hanged . . . Including a Strong Parallel Case of the Uncertainty of Circumstantial Evidence, the Weakness of Human Judgement, and the Danger of Sacrificing Innocent Life. My own favorite, though, is the Illustrated Life, Career and Trial of William Palmer . . . , Containing Details of His Conduct as Schoolboy, Medical Student, Racing-Man, and Poisoner, published with many wonderful engravings in the year of his execution.

Then as now a taste for the sensational had to dress up as something with a higher purpose. The book begins: "If the lives of the great and good are deserving of being written about for the admiration of succeeding generations, and to excite those who study them to the practice of brave and virtuous actions, the careers of great criminals are equally worthy of being recorded, that their misdeeds may become the abhorrence of posterity, and that all who ponder over their wretched courses may take warning by the rapid progress with which, after the first false step, they too surely enter upon their downward path of crime."

The average age of people at the exhibition was about 60. Many young people walked by outside, but none entered. Could the fame of the Prince of Poisoners be dying out?

My taxi driver on the way to the exhibition was roughly my age. I asked about Palmer, and his eyes glistened with local pride. Everyone in his day knew all about Palmer. But, he said, youngsters today—they're interested only in discos and clubs.

Sure enough, my taxi driver back from the exhibition was a young man in his twenties. What did he know about William Palmer? The name rang no bells. I mentioned that he had been a famous, or infamous, local poisoner, hanged outside the jail, but it was clear that my driver thought me a little touched.

Durkheim observed that society needed its delinquents so that it could express its solidarity. Oddly enough, public behavior in Stafford has grown worse, more coarse and violent, as awareness of Palmer has waned. 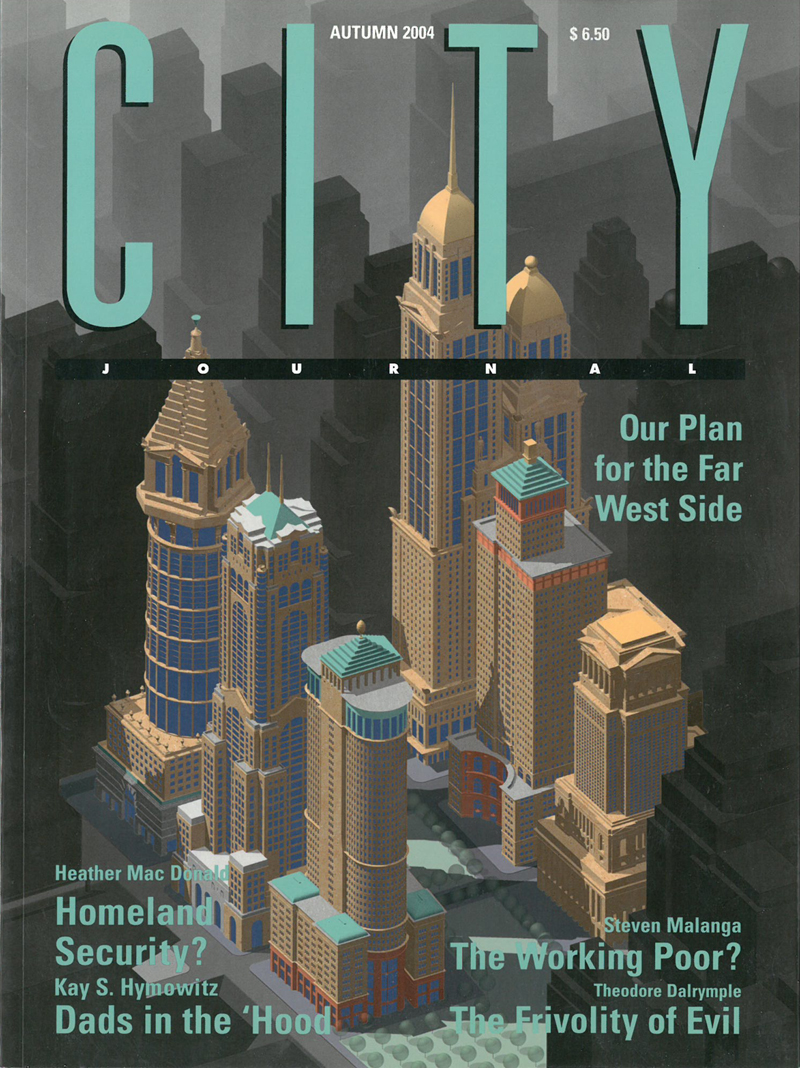