After a Hamlet-like performance during a livestreamed board meeting in which he debated whether ‘tis nobler to stay in sunny Miami, or face a sea of troubles in cold and rainy New York, Miami-Dade superintendent of schools Alberto Carvalho chose to stay put. At a press conference yesterday, New York mayor Bill de Blasio was made to suffer slings and arrows for the debacle, though it isn’t clear that he’s at fault. As the mayor explained, Carvalho had formally accepted the job more than a week ago, and on Wednesday had agreed to make the announcement public.

The reason for Carvalho’s change of heart is unclear. Was it that New York tabloids were dredging up salacious details of an alleged affair with a reporter a decade ago? Did he question the level of autonomy he would have in New York, and the steep learning curve he would face as an outsider coming into the nation’s largest and most complicated school system? Or was he honestly moved by the outpouring of gratitude that he received in Miami for what has been, by all accounts, an impressive turnaround of the nation’s fourth-largest school system, deciding that he just didn’t “know how to break a promise to a child, break a promise to a community”?

Looking forward, a more important question is why de Blasio chose someone with a reputation as an education reformer, and whether he will do so again. When the word went out on Wednesday that Carvalho was the mayor’s pick, Success Academy founder Eva Moskowitz, a frequent de Blasio critic, released a statement praising his selection. Carvalho was on the list of 14 individuals recommended by Moskowitz for the job back in December, and she called him “a nationally recognized expert on education transformation whose leadership drove Miami-Dade County Public Schools to unprecedented increases in student achievement and graduation rates.” She congratulated de Blasio on “this excellent hire.”

Moskowtiz’s statement contrasted sharply with the one put out by United Federation of Teachers president Michael Mulgrew. His perfunctory statement mostly praised outgoing Chancellor Carmen Fariña and said that the union looked “forward to working with Mr. Carvalho . . . to build on that progress.” Clearly, Carvalho wasn’t the union’s choice.

Carvalho’s record in Miami is indeed impressive. He took over the district of 355,000 students in 2008 and over the past decade has led a remarkable turnaround. As Mareesa Nicosia wrote in an extensive profile of Carvalho for The 74, an education website, when he arrived as superintendent, “the district was near bankruptcy. The state was threatening to permanently close nine failing high schools and the graduation rate was lagging behind the state average. School board meetings devolved into fights.” Carvalho fired most of the district’s administrative staff, poured the savings into student programs, and embarked on a school-choice expansion effort. Today, the majority of students in Miami are enrolled in magnet schools, charters, and other “choice” programs. While superintendent, Carvalho served as the ceremonial principal of iPrep, an innovative pre-K-12 magnet school housed in a former department store in downtown Miami that embraces blended learning and education technology.

Carvalho also made sure all schools had wi-fi and expanded Advanced Placement courses and dual-enrollment programs that let students earn college credits. Finally, while drastically cutting the number of standardized tests students took (and improving the quality of those that remained), he implemented a teacher-evaluation program that rewarded high-performing teachers and removed many low-performing ones. Test scores and graduation rates rose throughout Carvalho’s tenure. The Broad Foundation awarded Miami-Dade its Prize for Urban Education in 2012, and Carvalho was named national Superintendent of the Year in 2014.

Some compared de Blasio’s selection of Carvalho with his first-term retention of William J. Bratton—another effective, respected, politically independent leader—to run the NYPD. Perhaps de Blasio sensed that the Department of Education needed a reformer, someone willing to improve relations with the charter schools sector and shake up the status quo by paying more attention to accountability and results. De Blasio has taken some steps in that direction over the past year.

Last summer, the administration agreed to a few minor pro-charter policy shifts. The administration has increased, slightly, the number of charter school co-location placements in public school buildings. It recently recommended the closing of 13 low-performing schools, including several in the administration’s signature Renewal Schools program. (On Wednesday, the city’s Panel for Education Policy, in a rare rebuke, rejected two of the closures and postponed decision on a third.)

What other candidates exist who boast something like Carvalho’s record of accomplishment and reform? One name getting mentioned is Barbara Jenkins, Superintendent of Orange County Public Schools in Florida. Under Jenkins’s leadership, Orange County won the Broad Prize for Urban Education in 2014 for the “rapid pace at which it pursued and achieved higher academic performance,” through its “data-driven decision-making, a dogged pursuit of rigor in every classroom and a united vision for the system.” Tellingly, American Federation of Teachers president Randi Weingarten isn’t impressed. “I think that Barbara Jenkins is much more in line with the Joel Klein and Michelle Rhee types than she is in line with the Carmen Fariña types,” she told the education news site Chalkbeat.

If de Blasio wants to hire a local insider, he might consider Shael Polakow-Suransky, president of Bank Street College of Education. Polakow-Suransky has experience at every level of the city’s school system, and under his leadership, Bank Street has helped train the city’s new pre–K teachers. Polakow-Suransky is a thoughtful, nuanced educational thinker. He supports testing, data, and accountability but also advocates for better tests. He understands that improving teacher quality is essential but believes that the best way to do it is via better training. He’s the sort of pragmatic progressive who could forge the coalitions needed to keep improving the city’s schools.

Unfortunately, Jenkins has reportedly indicated that she’s not interested in the New York City schools chancellor job and Polakow-Suransky has publicly stated so. That puts de Blasio back at square one. As the mayor ponders his choice, the question remains: will he be willing to stand up to the teachers’ union and grant the next chancellor the political capital and independence to implement a reform agenda? Ay, there’s the rub.

Charles Sahm is director of education policy at the Manhattan Institute. 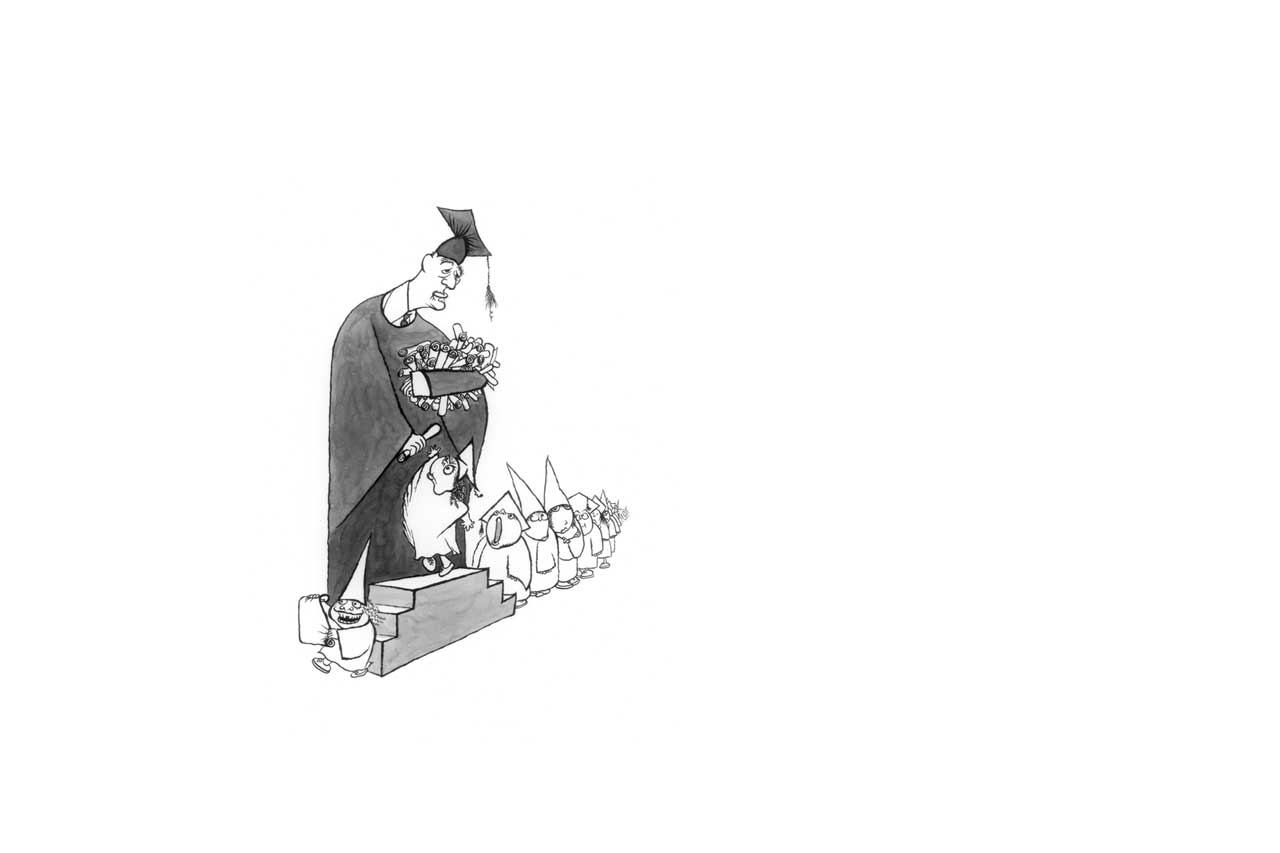 Charles Upton Sahm The de Blasio record is mixed, at best.
More on