As part of the Affordable Care Act, the federal government adjusts reimbursements to health-care providers up or down based on the quality and cost-effectiveness of their services, as measured by a set of standards established by the Centers for Medicare and Medicaid Services (CMS). The standards use metrics such as how long emergency-room patients must wait to be seen and how long it takes heart-attack victims to get stents placed in their blocked arteries. The intention is to encourage savings and sound practices and enhance patient satisfaction.

The problem is that these requirements have not only increased costs but also may promote poor practices. For example, the CMS goal of stenting a blocked coronary artery within 90 minutes of a heart attack has not been shown to decrease mortality. Moreover, rushing a chest-pain patient to surgery to meet an arbitrary time goal may increase the odds of misdiagnosing other life-threatening conditions such as tears in the aorta, the main artery carrying blood from the heart. Before the imposition of the 90-minute rule, doctors routinely took x-rays of patients with chest pain looking for an aortic rupture. Its presence is a contra-indication to the blood thinners routinely given to heart attack victims. Chest x-rays are no longer recommended by some cardiologists because they prolong the work-up by a few minutes, making it more difficult to meet the 90-minute goal. “Sometimes I just need five more friggin’ minutes,” said one presenter at a medical conference.

Said another practitioner, “It is likely that these CMS quality metrics of . . . door-to-balloon times less than 90 minutes have physically harmed patients and dramatically increased costs for unnecessary cath lab initiations.” Medicare’s Hospital Readmissions Reduction Program assumes that hospital readmissions within 30 days are evidence of poor care somewhere in the system and that the hospital should be the responsible party. Hospitals at the top of the curve for readmissions are penalized financially. No allowance is made for underserved areas that generally have sicker populations, with fewer options for outpatient care. “Many readmissions occur because hospitals are extra-vigilant when patients who’ve had scary episodes, such as heart attacks or severe pneumonia, have setbacks and turn up again in the emergency room,” according to a 2016 report in the Annals of Internal Medicine.

Following introduction of the ACA guidelines, readmissions did go down, but mortality went up, according to a study published in November in JAMA Cardiology.  “It’s possible that doctors may have made treatment decisions designed to avoid readmissions rather than to give patients the best possible care,” said UCLA’s Gregg Fonarow, the study’s senior author. Doctors might, for example, have postponed sending patients back to the hospital until after the 30-day window for readmission penalties had passed, allowing heart failure to worsen and decreasing survival odds. “Nationwide, there may have been thousands to tens of thousands of extra deaths in patients with heart failure resulting from this policy,” Fonarow said.

Another quality-care metric is hospitals’ ability to prevent acquired conditions—maladies afflicting patients during hospital stays. Hospitals get penalized when in-patients suffer incidents including surgical-site infections, catheter-associated urinary tract infections, falls, bed sores, and blood clots. Sometimes the hospital is culpable and sometimes not. Either way, the loss of revenue strips the facilities of the resources they need to address deficiencies. The financial penalties amount to considerably more than a slap on the wrist. According to the Annals of Internal Medicine, the revenues of nearly 2,600 hospitals—half the nation’s total—plunged by $528 million in 2016, and could spell financial disaster for already-struggling institutions. (While Washington imposes stiff penalties on private hospitals, the federal government’s problem-ridden Veterans Administration hospitals face no fines for poor performance. Key staff bonuses may be cut, but the money stays with the hospital.)

The ACA’s overregulation also extends to patient records. In order to compile the data needed for the quality-care measures, the Department of Health and Human Services levies penalties if all patient records aren’t digitized. Creating electronic health records (EHRs) has certain advantages, but the abrupt federal mandate resulted in the premature adoption of flawed technology without regard for the clinical and financial consequences. Rushing to comply, hospitals adopted different data systems, often choosing platforms based on cost, rather than performance. The result: software programs that couldn’t communicate with one another, meaning that the promise of rapid and universal access to medical records has not been realized.

Physicians have become the government’s scribes, using clunky software to record vast amounts of administrative information. A September 2016 Annals of Internal Medicine study found that physicians spend “27 percent of their [office] time with patients and 49.2 percent of their time on EHR [electronic health record] and clerical activities. Outside of office hours, physicians spend another one to two hours of personal time each night on data entry demands.” As one physician noted, “The fact that EHR systems costing more than $100 million haven’t helped but rather made our jobs more difficult comes as no surprise to those experienced with bloated enterprise software.”

The federal regulatory burden significantly reduces the time that physicians can spend with patients. “I could probably see five more patients a day if I had less of the bureaucratic work,” says Jean Antonucci, a solo practitioner in rural Maine. “With the shortage of primary care, five patients a day is huge.” HHS officials often criticize traditional systems that compensate providers based on the number of patients seen, but their own policies make it harder to provide baseline levels of care.

The ACA’s system of rules and penalties is causing disruption and misallocation of money, time, and energy. Cutting funds for failure to meet ineffective or harmful standards reduces the money needed for critical operations and may threaten the viability of physician practices or institutions. Financially stressed hospitals and emergency departments face enormous pressure as patient visits increase.

In some areas, policy reforms could help reduce costs—by allowing insurance companies to market products across state lines, for example, or by using medical-savings accounts to encourage consumer choice. But it’s an illusion to believe that government edicts can make medicine better and cheaper. More regulation will “save” money only by making care less available, as is done in the rest of the world. If the goal is to save money while making services more available to the underserved, that can be accomplished only by reducing care for those who currently enjoy access to the world’s best medical care.

The best system would be for government to stop trying to practice medicine and get out of the way of those who can. Physicians understand that not enough money is available to give everyone all the care possible. Set a budget and set priorities, and they will work to give the best care possible to the largest number. That arrangement isn’t perfect, but it’s the best that can be done in the real world—and far preferable to the proliferating messes of the ACA’s utopian scheme.

Terrence Leveck is a physician who graduated from The University of Colorado School of Medicine in 1972. He did a general surgery residency in the Army at Fort Lewis, Washington, and spent most of his career doing emergency medicine in Kentucky and Tennessee. 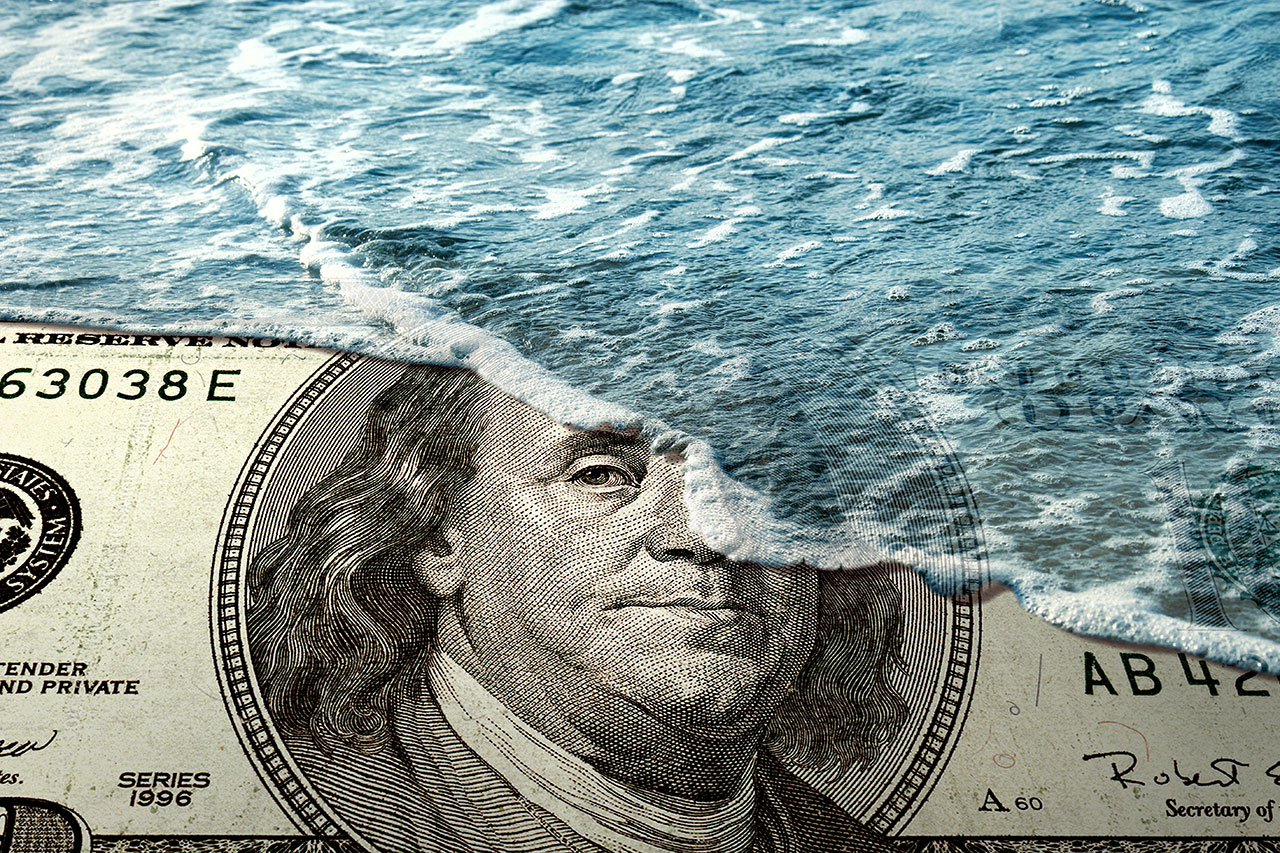 Terrence Leveck The federal government can’t account for $21 trillion—but does anybody care?
More on