Conservatives have spent years proclaiming the failure of the liberal social-welfare policies of the 1960s. In a new collection, Summer in the City: John Lindsay, New York, and the American Dream, respected Hunter College urban affairs scholar Joseph Viteritti and his contributors beg to differ. Funded by the former two-term New York City mayor’s family and aides, Viteritti’s book offers a full-throated defense of Great Society liberalism and an apologia for Lindsay’s controversial administrations of the late 1960s and early 1970s.

Lindsay inherited a troubled city when he was elected mayor in 1965. In fact, most American cities were struggling to adapt to challenges ranging from suburbanization to deindustrialization. But Lindsay’s tenure left New York City unambiguously worse off, and the mayor fed the perception that his administration could do little to stop the city’s decline. In 1972, the Washington Monthly, hardly a bastion of conservatism, said of Lindsay: “The mayor has never been able to stop the city’s downward spiral. Services have continued to decline, division has deepened among races and economic classes, and there have been unending crises . . . the quality of life in New York City has never seemed more bleak, its government never more sluggish, wasteful, and finally even helpless.”

Viterriti’s book rightly notes Lindsay’s commitment to New York and to cities in general. His staff thought deeply about urban issues and city planning, fought to expand opportunities for minorities, championed the arts and culture, and tried to modernize city government and make it more efficient. Lindsay also instituted a city income tax, ramped up spending on social-welfare programs, and expanded the city payroll.

But while Summer in the City captures the Lindsay administration’s passion and idealism, it avoids the tough issues—crime and disorder above all—that have shaped history’s verdict. City firefighters labeled this period the War Years, for the large number of arsons, false alarms, and attacks on fire personnel. Crime shadowed nearly every aspect of city life, increasing before Lindsay took office but skyrocketing during his tenure: murders increased from 734 in 1966 to 1,740 in 1973; rapes from 1,154 to 3,735; robberies from 25,539 to 72,750. The book’s omission of these lurid numbers is telling.

In one of Summer in the City’s few references to crime, historian Geoffrey Kabaservice argues that the Compstat system implemented by NYPD commissioner William Bratton during the Rudolph Giuliani years was “built on Lindsay’s progressive approach” to policing. That will come as a surprise to Bratton and nearly everyone else. The Lindsay years were hardly characterized by proactive policing. The then-new 911 emergency-call system made policing more reactive to crimes that had already taken place; it was not a tool for order maintenance. As Bratton noted in 1999, the NYPD of that era “didn’t want high performance; it wanted to stay out of trouble, to avoid corruption scandals and conflicts in the community.”

The other major issue hanging over the Lindsay years is the 1975 fiscal crisis, and Charles Morris’s description of Lindsay’s fiscal policy is one of the book’s stronger essays. Morris ascribes “substantial responsibility for the ultimate financial collapse” to Lindsay, while conceding that there is plenty of blame to go around. New York’s fiscal crisis wasn’t inevitable: Chicago and Boston avoided a similar fate with better fiscal management and shrewder planning for a post-industrial economy.

Other essays make a case for Lindsay’s achievements by omitting inconvenient information. Historian Liz Cohen argues that Lindsay possessed a sophisticated understanding of economic development and encouraged businesses to stay in the city during the early 1970s, but she fails to consider whether raising the city business tax by 20 percent in 1971 might have contributed to business flight. In Lindsay’s second term, the city lost a quarter-million jobs. Historian Clarence Taylor rightly calls the Ocean Hill-Brownsville school controversy that tore the city apart in 1968 a “horrible episode”—but his claim that the event led to “significant accomplishments” is puzzling. In Ocean-Hill Brownsville’s wake, the state legislature took away mayoral control over education, and meaningful school reform in New York City was basically shut down for almost three decades. The city’s school system continues to flounder today.

The voices of the majority of New Yorkers who opposed Lindsay—middle- and working-class residents of the outer boroughs—are curiously absent from these pages. In 1972, six out of 10 New Yorkers thought the city worked poorly under Lindsay. Summer in the City makes no mention of the fact that Lindsay never received a majority of votes in his two elections, winning only 43 percent in 1965 and 41 percent in 1969. If all you knew of John Lindsay’s mayoralty was this book, you’d wonder why everyone didn’t vote for him.

Today, New York is in much better shape. Yet Viteritti seems driven to defend Lindsay out of a belief that something is wrong in modern-day New York. Income inequality is up; voter participation is down. Worse still, he writes, in 1969 “the poverty rate was 11.9 percent, compared with 20.1 percent in 2010.” His solution: a return to Lindsay-style politics and a revival of Great Society programs.

But Viterriti’s numbers are misleading. The city’s 1969 poverty rate, according to the Census Bureau, was 14.9 percent (compared with 16.2 percent in 1959). Comparing the last year of an economic boom (1969) with a recession year (2010) is deceptive, to say the least. The Census poverty rate in 2007, before the financial crash, was 16.8 percent. It’s also a stretch to claim, as Viterriti does, that “the Great Society agenda that Lindsay embraced and extended brought poverty and unemployment down.” Poverty and unemployment declined in Lindsay’s first term, but mostly due to a roaring national economy that began in the early 1960s. The city added about 180,000 jobs in Lindsay’s first term, as Wall Street boomed.

The rejection of Great Society politics has little to do with high unemployment and poverty levels today. Changes in family structure have had a tremendous impact on economic outcomes; today, half of all children raised by single mothers nationally live in poverty. “Fewer New Yorkers would be poor if more of them lived in working, two-parent families,” concluded economists Mark Levitan and Susan Weiler in a study of income inequality in New York. “The rate of single parenthood is higher in New York City than it is nationwide, making the phenomenon especially relevant to the city.” And while inequality is on the rise—and Mayor Bill de Blasio is keen to tackle it—the underlying trend in the city is the flight of the middle class. A combination of high taxes, weak job growth, heavy land-use and environmental regulations, and high costs of living have driven middle-income people out of New York and other “blue” cities.

Yet Summer in the City never wavers in its belief that Great Society liberalism is the answer. “In the great schoolroom of American government, Lindsay may have failed accounting, but he excelled in philosophy,” Viteritti concludes. “He had the right priorities, even if his idealism and naiveté about the hard edges of city politics occasionally could poke him in the eye.” This is fantasy: Lindsay’s poor accounting and naiveté were byproducts of his philosophy, not incidental to it.

Faced with a city that wouldn’t conform to their vision for it, John Lindsay and his defenders became practitioners of “no-fault liberalism.” The real problem with the Great Society, they believed, was that not enough money was spent. They cheered the creation of Medicare and Medicaid, yet failed to note the fiscal strain both programs placed on federal and state governments. Today, “no-fault liberalism” is alive and well. Obamacare supporters blame its problems on everything but the law itself: faulty web designs, Republican obstructionism, political compromises, and greedy insurance companies. Obama’s economic stimulus failed, his defenders say, because it wasn’t big enough. Weak economic growth and anemic job creation have no connection with the policies of the Obama administration.

For a book that so badly wants to revive the case for activist government, Summer in the City seems uninterested in why such policies lost popular support in the first place.

Vincent J. Cannato teaches history at the University of Massachusetts, Boston and is the author of The Ungovernable City: John Lindsay and his Struggle to Save New York. 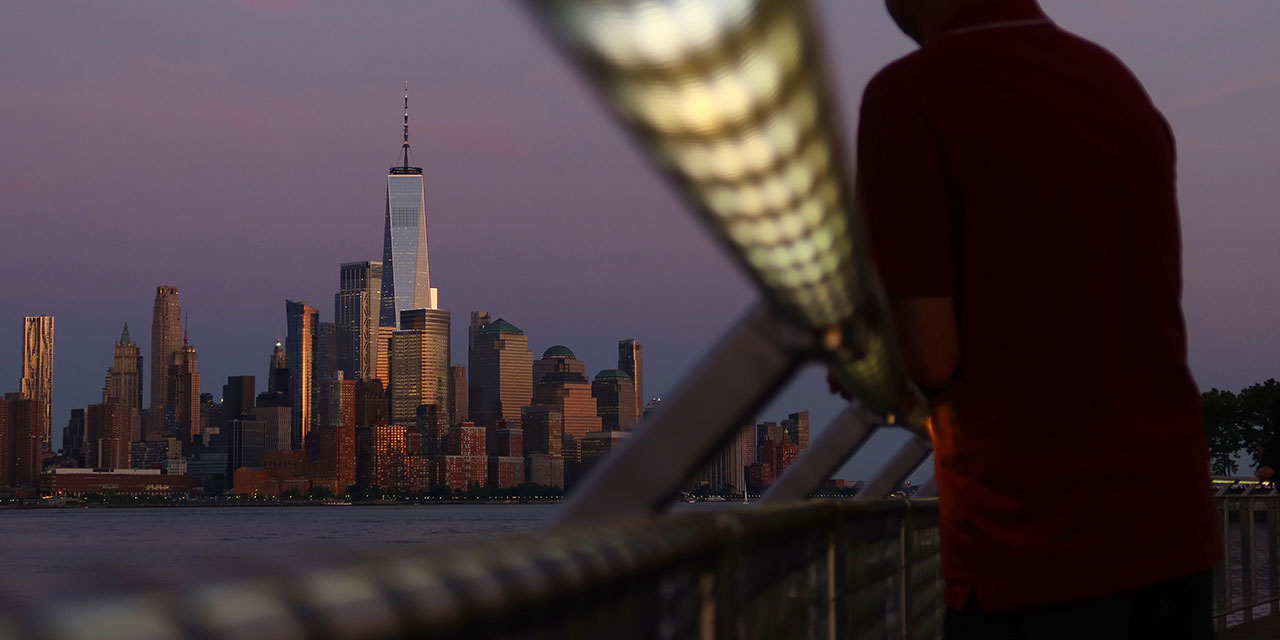