For 25 years, California's indefensible bilingual-ed system forced many of the state's 1.3 million non-English-speaking children to take their classes in their native tongue, guaranteeing that few became proficient in the English they need to succeed in America. No more: in June, Californians overwhelmingly supported Proposition 227, a ballot initiative junking the system in favor of public school kids being taught English as soon as they enroll. But, at least if we believe a recent front-page article in the New York Times, bilingual ed is so wildly popular with New York's parents, politicians, and voters that the Empire State actually plans to expand it.

Recent polling data, however, tell a strikingly different story about what New Yorkers really think of bilingual ed. In late October, the respected polling firm Zogby International asked 1,411 likely New York voters if they would support a law "which would require all public school instruction to be conducted in English and for students not fluent in English to be placed in an intensive one-year English immersion program." The results were astonishing: 79 percent said yes, while only 14 percent said no. Support was broad and deep: 87 percent of Republicans and 72 percent of Democrats agreed with the proposed law, Hispanics favored it by a two to one margin, and 75 percent of city voters gave thumbs up. The survey's large size greatly increases the reliability of these numbers.

Clearly, contrary to the Times's assertion, there's a hidden sea of popular discontent with New York's bilingual-ed system. How to capitalize on it, though, to change the system? Unlike California, New York State doesn't allow citizen initiatives, and getting one launched in New York City—which does—is difficult and costly. The best route would be for a leading New York political figure to focus a re-election campaign on liberating New York's public school kids from bilingual ed. Governor George Pataki, Mayor Rudy Giuliani, and former Bronx borough president Herman Badillo are education reformers all, and each has strong pro-immigrant credentials to protect him from charges of immigrant bashing—the preferred tactic of bilingual ed's fierce defenders. Any one of the three could successfully make the argument that immigrant kids need to learn English fast and thoroughly if they're to succeed in America, and that bilingual ed doesn't do the job.

New York's Latino and Asian schoolchildren deserve the same chance to master English that teachers once gave to millions of Italian and Jewish and Greek immigrant kids, opening for them a future of opportunity. 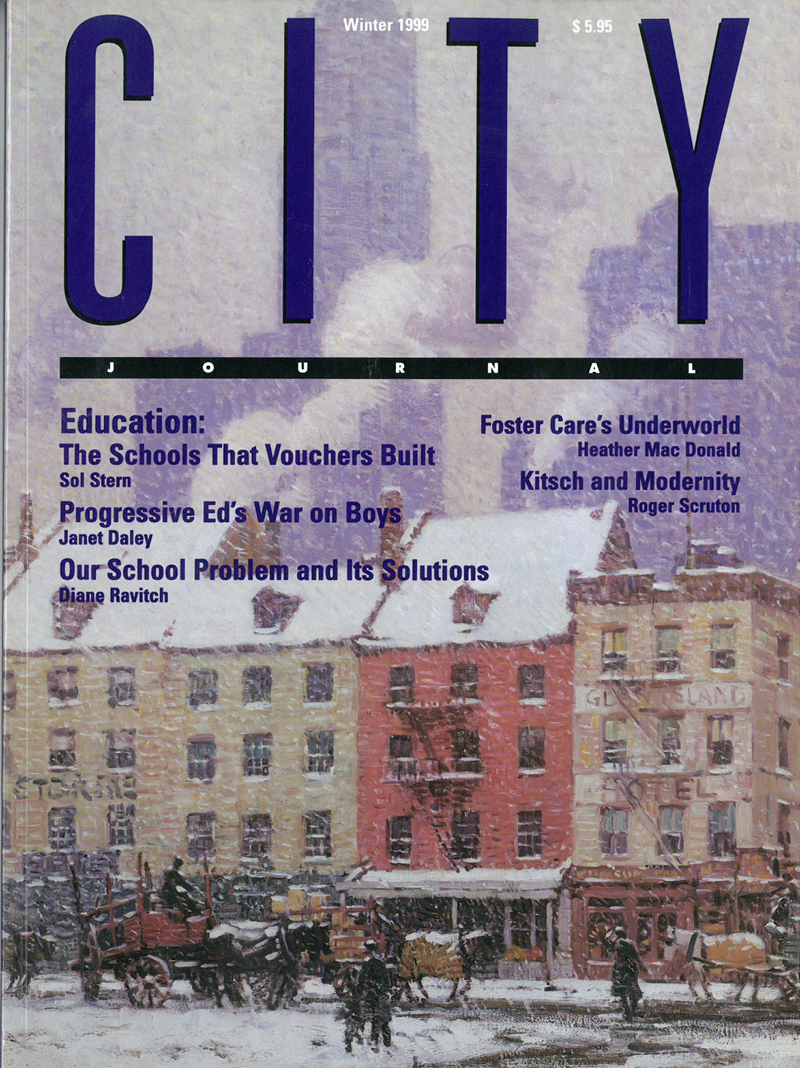 Ron K. Unz It’s past time for New York to scrap bilingual ed.
from the magazine