Even before one lifts the cover of Churchill and Orwell, Thomas Ricks’s decision to match this pair of twentieth-century political and cultural icons seems a surprise. It is a happy decision, however, with a satisfying result. The historian and military analyst delivers an inspirational work of biography, recalling his subjects’ love of country, loathing of tyranny, and prescience about emerging totalitarianism. In the middle of the last century, Winston Churchill and George Orwell displayed moral courage that transcended personal and party interests. They are fundamentally linked by their willingness to face risk and rejection and to wage an implacable fight for freedom.

Readers familiar with the Churchill and Orwell biographies will anticipate some of the similarities Ricks draws. Both men loved and mastered the English language, both worked as soldier-journalists early in their careers, and both spent time as young men in the further reaches of the British Empire. Both men would see their names turned into adjectives. Today, the world continues to furnish Orwellian evils, but Churchillian statesmen who might step forth to meet them are in short supply.

In style, however, the two men were near opposites. Churchill was extroverted, a seeker of the limelight, openly ambitious—a “pusher,” in the disparaging parlance of his upper-class contemporaries. Orwell, by contrast, was a lover of solitude, and even fled London to write Nineteen Eighty-Four in the remote Hebrides. Orwell was apparently a poor speaker even in informal situations; Churchill’s legendary oratorical prowess proved key to Britain’s survival.

The men were most at odds in their political philosophies. Orwell described socialism as the guiding light of his authorial vocation. Churchill assumed the role of wartime prime minister as a Tory. Their respective attitudes toward capitalism, America, and Empire, while complex, were opposed, especially in regard to Empire. Orwell loathed his stint as a policeman in colonial Burma, noting that the colonizer became a degraded figure, self-doomed to wear the mask of the sahib. By contrast, Churchill proclaimed that he did not intend to preside over the dismantling of the British Empire.

But simple categories such as socialist and conservative can mislead in the case of truly independent intellects. Ricks reveals deeper parallels. Neither man fit in comfortably with his allies and peers, who repeatedly and openly denounced them. During the early days of World War II, the Labour Party supported Churchill more reliably than did his own party, whose leaders remained suspicious of the man who had crossed the floor to join the Liberals in 1904 before crossing back after the Great War. (Neither did his mother’s American citizenship help his standing, especially with aristo-conservatives.) Churchill famously spent his “wilderness years” in the 1930s warning against German rearmament, preaching against appeasement, and urging military preparedness. He was widely ridiculed for these efforts—once again, largely by members of his own party. He was a troublemaking alarmist, a reactionary militarist, a self-serving hothead whose predictions were simply ignored, when not openly scoffed at—a “torrent of denunciation,” as Ricks writes.

“The abuse of power,” from both left and right, was Orwell’s core theme, as Ricks sees it. Yet Orwell’s most significant antagonists came mostly from his own political camp. His two best novels warn about leftist brands of totalitarianism. While his experiences as a Republican soldier in the Spanish Civil War confirmed for him a lifetime commitment to “democratic socialism,” he also saw firsthand evidence of the ruthless power structure of Soviet communism. “There is a direct line from the streets of Barcelona in 1937 to the torture chambers of 1984,” writes Ricks.

The pro-Republican but anti-Stalinist militia that Orwell had joined in Spain caught the attention of Soviet operatives, and the unit was targeted for liquidation. Among the Communists, eliminating deviationists and exiling “internal enemies” eventually superseded the fight against Franco. Orwell fled for his life, and his subsequent desire to report ugly truths to readers turned left-wing publishers and intellectuals against him. Victor Gollancz, publisher of the Left Wing Book Club, told him that the unflattering material in his work would be detrimental to the cause, but Orwell refused to self-censor. Later, at least five English publishers rejected Animal Farm, worried that it would antagonize the Soviets. Yet Orwell’s mature work continued to criticize the Left, even as he steadfastly supported the broader goals of socialism.

Churchill’s hour finally arrived after he ascended to the premiership in 1940. His work ethic as prime minister, his energy and commitment to the defense of Britain and of a free West remain, simply put, incredible. “Action this day” could be found stamped on memoranda sent to bureaucrats and military leaders. If Churchill could find the time to master the details of various departments, surely each department could shake itself into movement.

Orwell experienced the war in a markedly different manner, but Ricks emphasizes his commitment to facing down the totalitarian attack on his home soil. The writer had suffered a gunshot wound to the throat before being chased from Spain; nevertheless, when war against Germany arrived, he tried to enlist in the British army. His age and health problems kept him out, so he joined the Home Guard and eventually worked at the BBC, both experiences proving unsatisfactory. His greatest blows on behalf of freedom would be struck just after the war, in his two famous novels. Animal Farm was published just two days after the Japanese surrender.

Churchill and Orwell neither met nor corresponded, though they expressed admiration for one another. Churchill openly praised Nineteen Eighty-Four and read it at least twice. Orwell welcomed Churchill’s succession to wartime prime minister, reviewed the statesman’s memoirs positively, and, perhaps most tellingly, chose the name Winston for the freedom-seeking protagonist of his most important book. Ricks has written a richly detailed and thoroughly enjoyable comparison of two inspirational men to whom the West remains indebted.

Matthew Stewart is associate professor of humanities and rhetoric at Boston University and the author of Modernism and Tradition in Ernest Hemingway’s “In Our Time.” 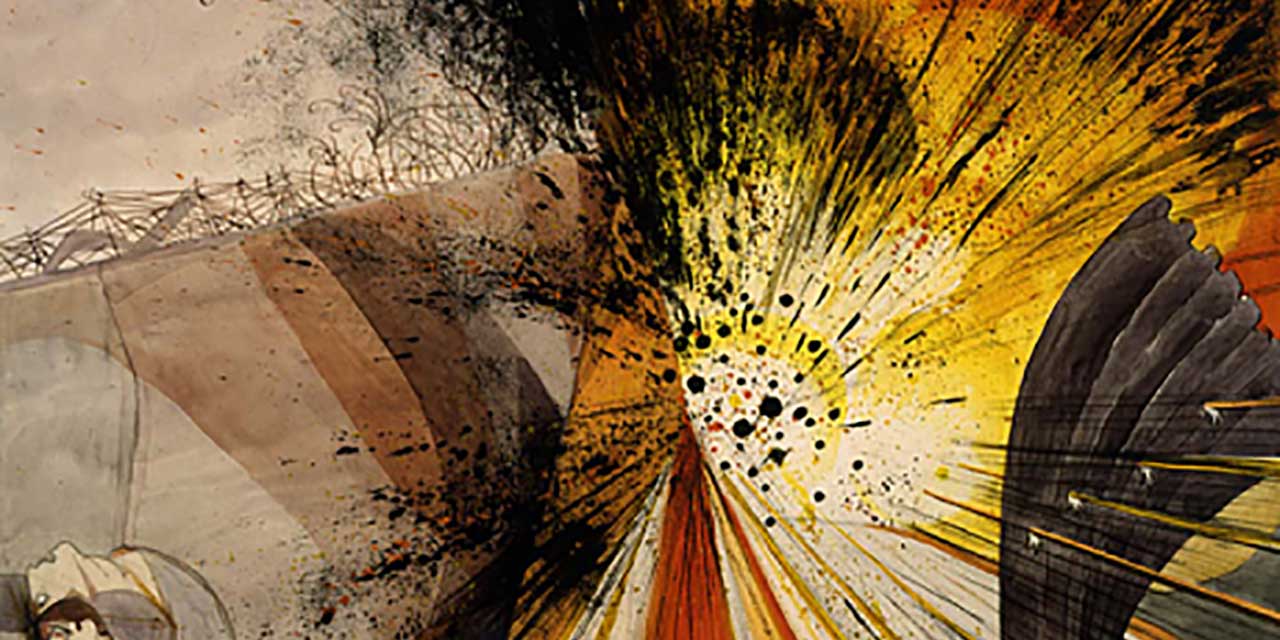 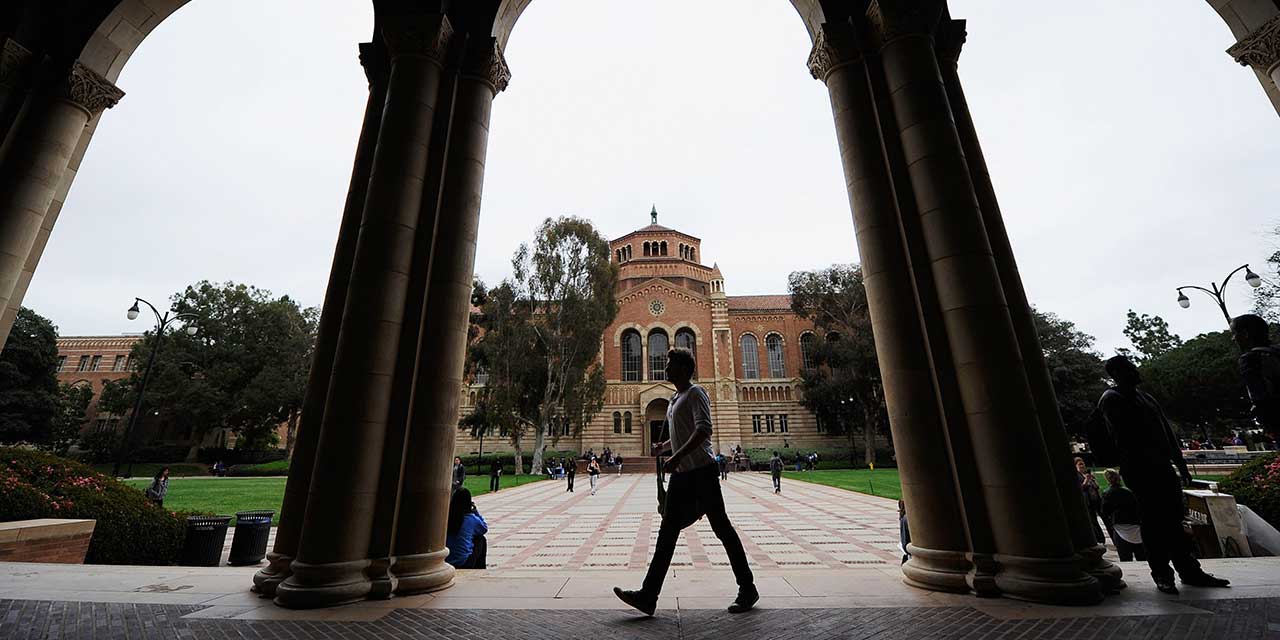 Matthew Stewart An astute and dispassionate primer
More on