To Hell With All That: Loving and Loathing Our Inner Housewife, by Caitlin Flanagan (Little, Brown, 272 pp.)

Talk about a quagmire! Forty years into the Mommy Wars, feminist fundamentalism has launched a powerful insurgency. The spark igniting the feminist street isn’t a Roe-stalking Supreme Court nominee, as you might expect. No, it’s a book, To Hell With All That: Loving and Loathing Our Inner Housewife, a modest collection of revised personal essays from the Atlantic and New Yorker, by Caitlin Flanagan, a Los Angeles . . . matron.

Actually, most parts of the country escape the hostilities between working and stay-at-home mothers; for the majority of women the decision to work or not is a nonsense-free question of how to pay the mortgage. But on the coasts, where media women are especially influential, what’s at stake is the same thing that has driven history’s most intractable conflicts: identity. For the media feminists, Flanagan personifies 1950s motherhood. Flanagan has spent “an entire career picking at other women for being insufficient Stepford wives in order to make insecure men swoon,” a poster at the feminist website Pandagon announced. Other critics have accused, with what some might call a remarkable lack of irony, her “ranting,” her “swiping and jabbing at other women,” and her reinforcement of “rigid, antiquated stereotypes.”

What’s notable about this insurgency is that Flanagan isn’t exactly Phyllis Schlafly. For starters, much of her book proceeds in the vein of what David Brooks has called comic sociology. Flanagan brings a gimlet eye to the habits of contemporary professional class women (among whom she includes herself)—from their baroque white-dress weddings to their embarrassed devotion to Martha Stewart to their battles with the clutter caused by take-out containers, Legos, and advertising circulars. But if she is funny—and she is—she is also alert to the urges that underlie yuppie obsessions. “My attraction to these images [in Martha Stewart publications] is rooted in a simple truth: women like pretty things,” she writes. “Stewart’s magazines . . . all seem to depict some parallel universe in which loveliness and order are untrammeled by the surging chaos of life in session, particularly life as it is lived with small children.”

Flanagan believes that feminism’s doctrine that “caring for children and husbands and households constitutes subservience” is at odds with women’s continued longing for domestic satisfactions. She dislikes the Bitch-in-the-House (an only quasi-parodic title of a recent collection of essays about women and housework) anger it has introduced into marriage. And she admires the competence and frugality of the old-fashioned housewife, who would sew up a frayed hem rather than “recycling” a dress to the thrift shop. Things may have been tedious for these women at times, she concedes, but the rituals and routines of their lives reflected primal needs in a way that the 8 AM video-conference meetings of a marketing executive do not.

Still, Flanagan’s answer to the To Work Or Not To Work question is far more complicated than the fundamentalists have allowed. She remembers the mild despair she felt during her own twin sons’ infancy and that she spied in her own mother when she was a young girl. Her chapter “Housewife Confidential” is in part a compilation of the double-edged descriptions of their lot by humorists Peg Bracken, Jean Kerr, and her favorite, Erma Bombeck. When her sons start kindergarten she expects to find a big difference between the children of working mothers and the stay at homes. She admits that she does not.

And yet, she says—and yet. Children are madly attached to their mothers. Families, including men—the louts!—thrive when home life is orderly, comfortable, and good-humored. For Flanagan, women can find no easy escape from “the tensions of our times.” “What few will admit—because it is painful, because it reveals the unpleasant truth that life presents a series of choices, each of which precludes a host of other attractive possibilities—is that whatever decision a woman makes she will have lost something of incalculable value.” These days, when every seventh-grade girl knows about the joys of the office, Flanagan has set herself the thankless task of reminding us of the deeper, though more encumbered, satisfactions of life at home. The housewife, she writes, can be “harassed into the end of time yet capable of moments of transcendence, when she [is] struck by the power of her love for her children and by the importance of her sacrifice on their behalf.”

Of course, fundamentalists don’t generally cotton to ambiguity, and the feminists who have pursued Flanagan are no exception. “If Flanagan wants to make the case for blissful, stay at home motherhood—something I was completely open to—it would help if her own experience or her mother’s lived up to that theory,” Kirsten Powers pouted in The American Prospect in her brief against Flanagan’s (ahem) “overly simplistic theories.” The feminist warriors of the Flanagan-inspired insurgency seem to care not a whit that they embody the worst stereotypes that their enemies have promulgated about them: their reading of Flanagan has been doggedly ideological, humorless, and petulant. An Elle profile of Flanagan includes a comment from a best-selling chick-lit novelist fittingly named Jennifer Weiner. “I read the article she wrote in the Atlantic, and I just felt crucified,” the wounded novelist says. “Weiner had just hired someone to care for her infant daughter 20 hours a week,” the Elle reporter explains sympathetically.

In fact, it’s hard to avoid the suspicion that the very green-eyed monster that misogynists have long associated with their sex has visited the fundamentalists. The female commentariat frequently complains about how few women publish their work at elite outlets. Why the retrograde Flanagan and not them? Particularly galling, Flanagan’s ascension results at least in part (so they believe) from her connection to the old boy network; the original idea for her articles came during a soiree at the home of a friend, who just happened to be married to an editor at a prestigious magazine. You can hear the muttering: Caitlin Flanagan went to a dinner party and wound up on the Atlantic masthead, while all I got was this lousy red wine stain on my Marc Jacobs top.

To be fair, Flanagan isn’t entirely innocent in this flare-up of the Mommy Wars. Her persona, particularly in her media appearances, sometimes gives off an irritating hint of the frisky ingénue. Worse, as a prodigiously gifted stylist, she relies on wit and brio not only to convey their own anti-ideological wisdom but also occasionally to slip past the contradictions and ambiguities in her views. The favored attack on “reactionaries” like Flanagan is always that they are, first, simple-minded and second, hypocritical. In Flanagan’s case, the first charge is what psychoanalysts call projection, but the second might give reasonable readers pause. Flanagan may revel in books about housewifery, but she admits to having a household staff that has protected her from ever having so much as to change a bed sheet. Under these circumstances, it would be best to speak slowly and carefully, so that even the bull-headed can understand.

What Flanagan might have better underscored is that her real subject is not The Question: To Work Or Not To Work. It is love. Flanagan had a fierce devotion to her own mother, whose presence haunts the book. She experienced in her mother’s pot roasts and freshly ironed laundry the embodiment of comfort, safety, and love. Despite Flanagan’s deficiencies in the domestic arts, it’s a feeling she badly wants to bring to her own family. What this talented writer reminds us of are two simple truths that are apostasy to the fundamentalists and, sadly, lost to many young women who never saw them in action: that when working properly, satisfying domestic life can embody a mother’s love for her children, the most powerful love there is; and that no matter how women choose to live, this love will forever be entangled with self-sacrifice.

Should this really be the stuff of war without end? 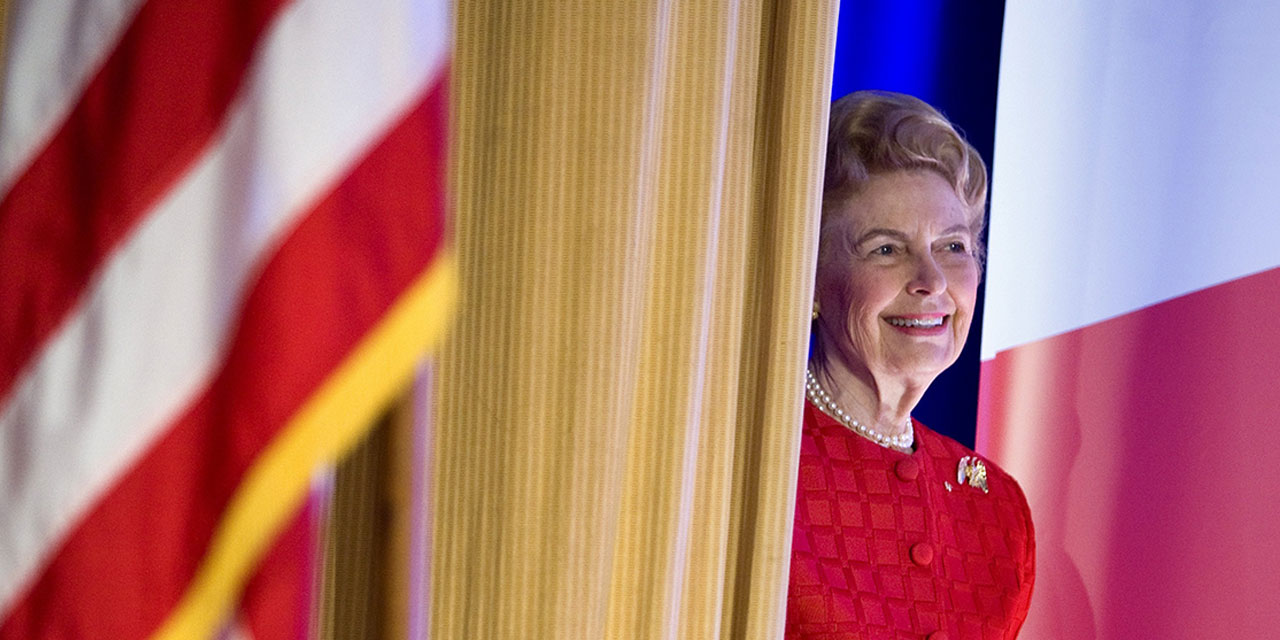