Looking Past the Facts

If you accept the Black Lives Matter narrative that police routinely murder black men, you’ll probably love Matt Taibbi’s I Can’t Breathe, an idiosyncratic, race-based account of Eric Garner’s 2014 death. The facts of the incident don’t readily support a racial explanation, since the arresting officers (including an African-American police sergeant) didn’t single out Garner because he was black. They were ordered to bring Garner in because he had been selling bootlegged cigarettes, as he had done for years, leading to repeated arrests and fines. Taibbi doesn’t deny this. In fact, he relates in detail how Garner graduated from crack-cocaine dealer to untaxed-cigarette merchant, the only “jobs” he held for any length of time.

The most controversial issue in the Garner incident was the “chokehold” used by arresting officer Daniel Pantaleo when he wrestled Garner to the ground. Was this excessive force, or was it justified, given that Garner resisted arrest? Many racialize the issue, arguing that police are generally more aggressive with black suspects than with white, but criminological research has not borne out these claims. Taibbi is not really interested in exploring this question, anyway. The “real villain” in the Garner case, he tells us, was a policy that would “massively amp up police confrontations in certain neighborhoods only.” In other words, the Garner incident was a result of over-policing in black and Hispanic communities, what Taibbi considers to be the equivalent of Broken Windows policing.

Even today, after several decades in practice, Broken Windows policing is poorly understood. The phrase derives from a celebrated 1982 Atlantic Monthly article by James Q. Wilson and George Kelling, in which the authors argued that police should attend to low-level offenses—activities that may not even be crimes, but that nevertheless degrade quality of life in communities and perhaps lead to more serious offenses. They stressed the police role in maintaining order—breaking up fights, running off drunks and panhandlers, keeping young people under control—as a key to ensuring strong community norms. But does order maintenance mean arrests and summonses, or merely informal policing—and is informal policing even possible in an age of motorized patrol, 911 complaints, and a lack of familiarity between beat cops and civilians? And what happens when the communities with the most disorder are low-income, African-American neighborhoods, in which some residents resent the police instead of viewing them as a positive force?

Taibbi lumps Broken Windows policing together with the NYPD’s Stop-Question-and-Frisk (SQF) policy—misleadingly, because SQF is not aimed at low-level disorder, the kind that Garner was engaging in, but the removal of guns from the street. One can certainly make the case, however, that Garner’s arrest and repeated harassment was an example of Broken Windows policing, the abolition of which Black Lives Matter protestors have made one of their rallying cries. They see it as a racist policy because of the disproportionate number of arrests and summonses of African-Americans. Taibbi agrees, calling it “clear evidence of racial profiling.”

But what if African-Americans engage in a disproportionate number of offenses? This takes us to the heart of a chicken-and-egg debate. Police say that they deploy more officers to low-income black neighborhoods because that’s where the crime is. Their critics say that if one measures crime by arrests, the figures for blacks will be high only because that’s where the cops are.

The police have a strong case here, at least for serious and violent crimes. Not only are civilian felony complaints higher for poor black communities, but objective, non-police sources—such as crime-victim surveys and homicide-mortality rates—also point to high African-American involvement, especially in violent crime. NYPD brass contend that enforcement of quality-of-life violations is driven by community complaints; data from 311 and 911 calls supports that assertion.

Consider the facts regarding the police precinct in which the Garner incident occurred—the 120th, on the North Shore of Staten Island. A 2012 NYPD report reveals that the precinct was 41 percent white, 29 percent Hispanic, and 23 percent black. Yet blacks made up 52 percent of known crime suspects, 61 percent of known violent-crime suspects, and 59 percent of the persons stopped. The stops of African-Americans were out of proportion to the black population of the precinct, but they were closely aligned with the number of black suspects. Taibbi mockingly dismisses black crime statistics, but they are remarkably consistent in precincts throughout New York City, and indeed, in precincts in every big city in the United States. Such figures have been persistent since the mid-twentieth century, when the Great Migration brought a massive number of low-income African-Americans to urban areas of the north. (For details, see my book, The Rise and Fall of Violent Crime in America.)

In his zeal for racial justice, as he defines it, Taibbi portrays the lawless in a sympathetic light and the law-enforcers either as thugs or as a kind of border patrol, keeping white neighborhoods racially pure. “Aggressive policing,” he claims, “maintains the reality of segregation in part by policing the borders separating poor black neighborhoods from affluent white ones.” Actually, crime and disorder in poor black neighborhoods, not the police, are responsible for residential and economic segregation, driving out middle-income populations—white and black.

One can be deeply saddened by Eric Garner’s fate without endorsing his choices. As Taibbi relates, Garner spent his life selling drugs and illegal cigarettes, never held a regular job, never stayed out of jail long enough to care for his family, abandoned his wife and children, and filled his home with drugs and violence. Strange, then, that Taibbi concludes that he “liked him.” 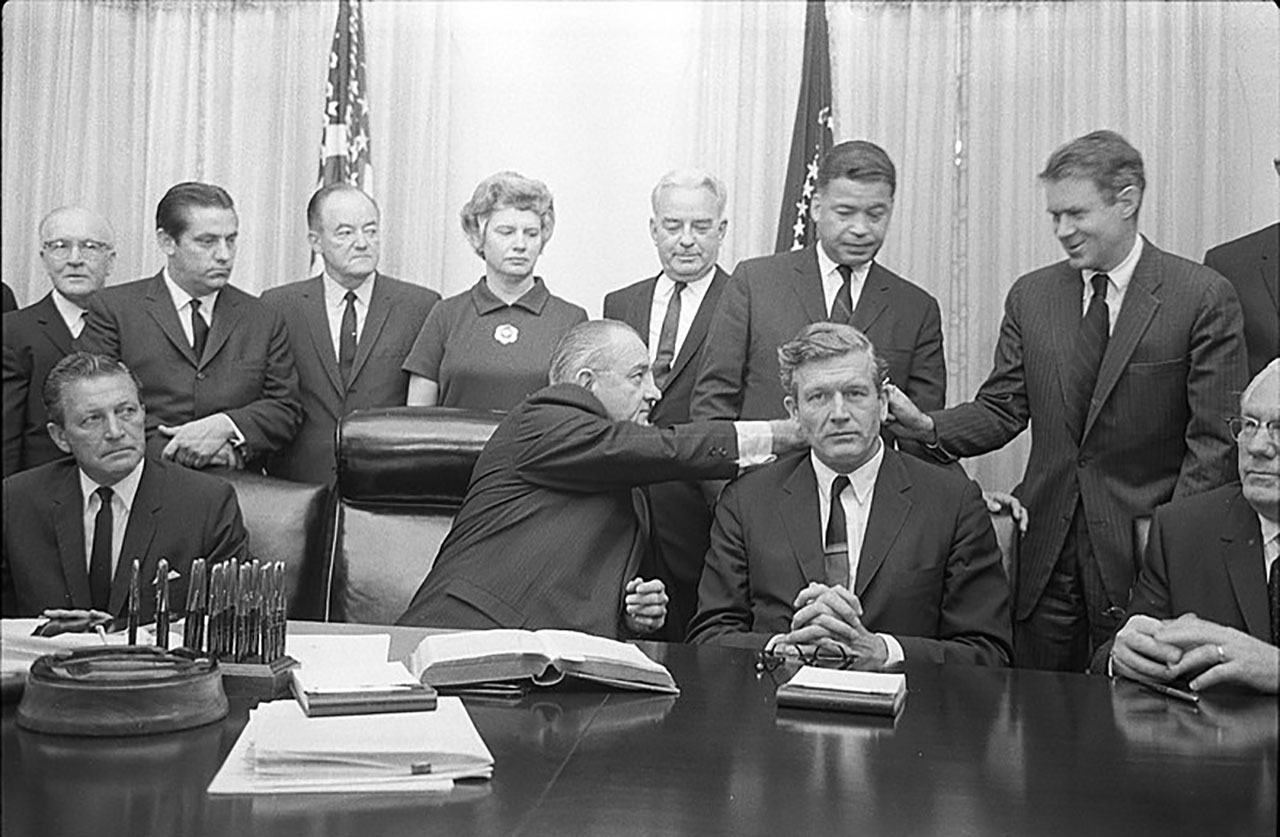