Statistics can be deceptive. Consider a recent lecture by a senior academic at the prestigious Cambridge Institute of Criminology. She stated that Britain had the highest number of prisoners per 100,000 people of any Western European country, save Spain, where a similar number of people languished behind bars. One conclusion of her talk was that Britain had far too many prisoners. No one in the audience challenged the point.
The conclusion was nevertheless odd, since it suggested the existence of an ideal number of prisoners per 100,000 of the population—an ideal that all countries should strive to approximate, however many the crimes committed or criminal convictions obtained within their jurisdictions.

On this view, it was even logical to conceive of a crime-free country failing to imprison
enough people.

Of course, the lecturer did not have such a possibility in mind. She ignored the fact that Spain, with an imprisonment rate similar to Britain’s, had a crime rate approximately one-quarter of Britain’s, and that therefore its courts were four times as likely as Britain’s to imprison malefactors: in other words, that Britain’s relatively high imprisonment rate was not a sign of the harshness of our courts but of the criminality of our population. In fact, Britain does not have a high imprisonment rate, measured against the number of crimes committed.

The Cambridge lecturer was a typical criminologist: an advocate for the claims of the criminal against those of victims of crime (a much larger class, because each criminal commits on average many crimes, against different people). Her contempt for the general population was obvious in her repetition of the criminologists’ old saw that the fear of crime is never proportional to one’s statistical chances of becoming a victim of it. Yet it is unreasonable to expect a person to regulate his level of fear by the latest crime statistics: to feel, say, 10 percent more anxious or 10 percent less anxious because crime has gone up or down by 10 percent.

Is my mother, a rather frail lady of 83, irrationally afraid of crime? She has had her purse filched in broad daylight, in crowded shopping centers, twice in the last four years. If she
were not to obey the informal curfew after dark imposed upon the elderly by the criminal young—in other words, if she walked out, on her own, at night—most would take it as a sign of senility, not robust common sense. If she were mugged on one of her nocturnal expeditions—a not unlikely occurrence—the police, contradicting the Cambridge criminologist, probably would tell her henceforth to stay indoors after dark, because they could not guarantee her protection.

It sometimes seems as if the principal qualification for expertise in social affairs is disdainful disregard of the most elementary common sense. 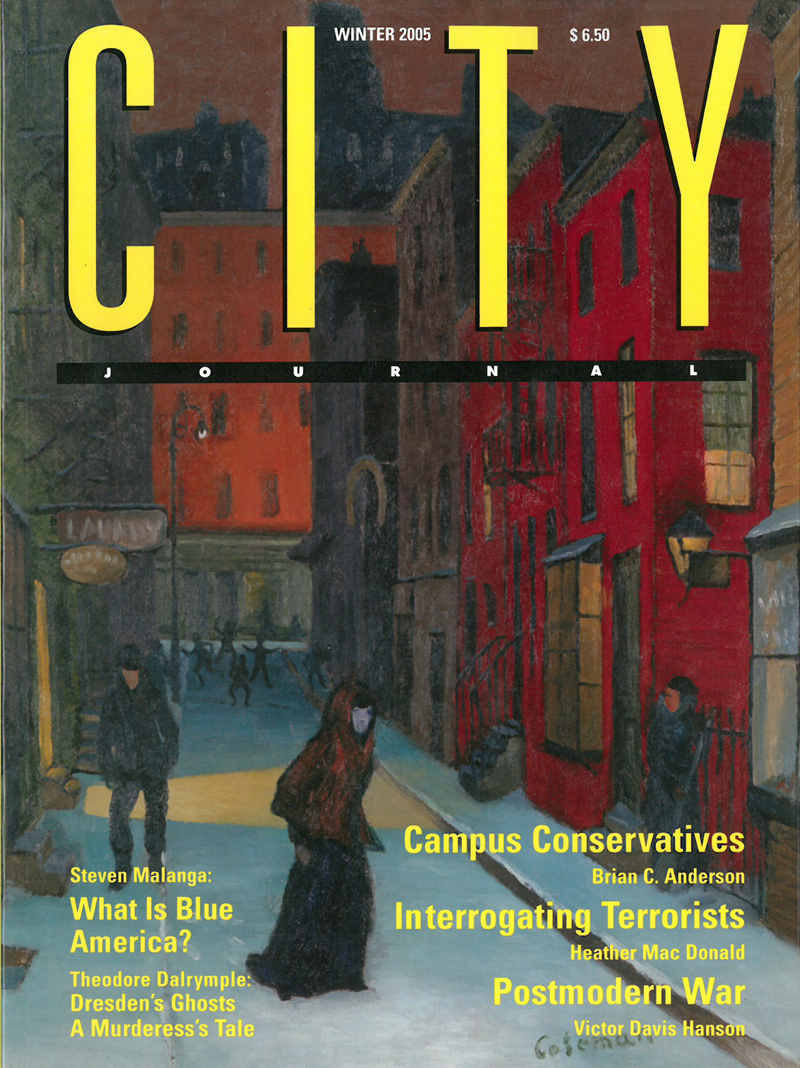