As Britain struggles to negotiate its exit from the European Union, some observers have speculated that the U.K. might rejoin the European Free Trade Association (EFTA), to which it belonged before joining the EU’s predecessor organization, the European Community. Such a move would put Britain outside of the EU but keep it inside the European Economic Area (EEA), the EU’s internal market.

The EFTA consists of four countries—Switzerland, Norway, Liechtenstein, and Iceland—all of which, except Switzerland, are also in the EEA. For Norway, Liechtenstein, and Iceland, belonging to the EEA but not the EU means that the governments of these three countries, while having no input into EU legislation, are nonetheless compelled to incorporate a great deal of that legislation—including social policies, laws governing the establishment and administration of companies, and environmental, health, and safety regulations—into their own national bodies of law. They are also committed to make annual payments into the EU treasury.

In other words, Norway, Liechtenstein, and Iceland are, in many ways, de facto members of the EU, even if officially they are not. It is a bizarre position. The entire reason for the pro-Brexit vote was that a majority of Britons recognized that the U.K., even as a full member of the EU, was steadily losing its sovereignty to that organization—in which the power to propose and formulate laws is vested in the unelected European Commission—and that they, the voters of Britain, therefore had less and less say over the laws that governed them. In short, Britons understood that continued EU membership meant increasing subjugation.

Yet the deals that Norway, Liechtenstein, and Iceland have struck with the EU have put those countries’ voters into an even more powerless position than that of their British counterparts. Norway, where I live, finds itself in a particularly unfortunate position. Of the three EEA-but-not-EU countries, it is by far the largest. In 1972, it held a national referendum on joining the European Community, and another in 1994 on joining the EU. Both times, Norwegian voters said “no” by sizable margins. Their reasons varied. Those on Norway’s far left hated the whole idea of the free market, or for that matter any kind of market, and thus loathed the idea of being part of an economy founded on the concept of “market liberalism.” Norwegians in the center and on the right, for their part, voted no on the grounds that membership in this increasingly powerful supranational union would mean surrendering at least part of the democracy that Norway had lost during the wartime Nazi occupation, and part of the sovereignty that it had won, after centuries of subjugation to Denmark and then Sweden, as recently as 1905.

So it was that Norwegians twice said no to being part of what became today’s European Union. Yet things did not turn out as many voters expected. Even at the time of the first referendum, Norway was an EFTA member, though in 1972, the EFTA was nothing more than a trade bloc for countries not wanting to be part of the European Community. Norway’s two major political parties, the Laborites on the left and the Conservatives on the right, have always favored closer ties to a united Europe. Labor politicians like the idea of joining the EU because it is precisely the kind of remote, technocratic international body that leftists always endorse—and, selfishly, because, like the UN and NATO, the World Bank and World Health Organization, it would provide ambitious Labor politicians with positions to aspire to after they had already made it to the top in Norwegian politics. (Former Norwegian prime minister Jens Stoltenberg is now Secretary-General of NATO, and former prime minister Thorbjørn Jagland is now Secretary-General of the Council of Europe; another former prime minister, Gro Harlem Bruntland, went on to become Director-General of WHO.) The Conservatives, meanwhile, liked the EU because they believed that membership in the common market would be good for Norwegian business, which forms the party’s base.

Hence, even after the Norwegian electorate voted twice to stay out of the EU, those two powerful, pro-EU parties managed to arrange a remarkably intimate relationship between Norway and the EU. As the EU gradually expanded its powers over its own member states, the EU enthusiasts holding the reins of government in Norway ensured that their country, too, by way of its membership in the steadily evolving EFTA, fell increasingly under the thumb of Brussels.

Every year, under current EFTA arrangements, approximately $1 billion of Norwegian taxpayers’ money is transferred to Europe—partly to fund the EU’s innumerable agencies and programs, partly to pump up the economies of some of the poorer EU members, and partly for other purposes. (In January, the Guardian reported that “Norway makes larger financial contributions to the EU per capita than the UK.”) Norway’s extremely generous welfare state is also obliged to pay child allowances to parents who hold EU citizenship and who are living within Norway’s borders, even if those parents’ children are living in other countries. (“We cannot be Europe’s social office,” Progress Party leader and Minister of Justice Siv Jensen recently grumbled.)

Because of the principle of free movement within the EU/EEA region, one of the results of the 2007 admission of Romania and Bulgaria to the EU was that the streets of cities, towns, and villages all over Norway now swarm with Romani (or gypsy) beggars. Because Norway’s membership in the EEA prohibits it from closing its thousand-mile-long border with Sweden, Norwegians worry that Sweden’s immigration and integration policies—even more reckless and self-destructive than Norway’s—may end up causing problems for their country, too.

EFTA membership benefits some Norwegian companies, but not all. Despite Norway’s huge EU contribution, Norwegian firms that export seafood—a major national product—to the EU must pay tariffs. If they’re exporting processed fish, they have to cough up a stiff value-added tax. So much for a “common market.”

Every day that the Norwegian parliament is in session, it automatically adopts no fewer than five EU laws—a dramatic illustration of the EU’s legislative hold over this non-EU country. Norway’s own leaders have nullified the wishes of their citizens, twice expressed at the ballot box. But the Norwegian government’s submissiveness to Brussels goes further still. It is often said that Norway is quicker to comply with new EU rules, however absurd or capricious, than most full-fledged EU members. Even The Economist—one of the world’s most sober journals and a supporter of the EU’s common market—has acknowledged that Norway’s relationship to the EU is “a democratic outrage, a diplomatic relic and an international oddity.”

Erik O. Eriksen, a professor of political science at the University of Oslo, referring to Norway’s “self-inflicted subservience to the EU,” maintains that, though Norwegians voted in 1994 for “the right to self-determination, sovereignty and democracy,” the country’s government since then has brought it “closer to the EU” and subjected it to the “hegemon” of the suprastate, whereby “EU law must apply and take precedence over domestic law.” Because Norway is “excluded from common decision-making procedures,” writes Eriksen, Norwegians are, in effect, “second-rate Europeans” whose leaders’ lack of input into—and even knowledge about—EU decision-making renders them vulnerable. One depressing aspect of this state of affairs is that, even as many Norwegians gripe about having to follow the rules of an over-officious, foreign-run entity, generations of Norwegians have grown up accustomed to their country’s strange subordination to the EU, acquiescing in their loss of self-determination, sovereignty, and democracy.

In their readiness to comply with EU edicts, Norway’s leaders make a sharp contrast with their counterparts in fellow EFTA member Iceland. Recently, Iceland’s finance minister, Bjarni Benediktsson, complained to his country’s parliament, the Althing, that the EU, in violation of the EFTA agreement, is constantly demanding that the three EFTA countries that also belong to the EEA subject themselves to direct orders from Brussels. Benediktsson also charged that while Iceland has done its best to resist this pressure, it has had to stand up to Brussels alone, because Norway—the heavyweight of the three countries in question—has repeatedly yielded to EU control. Benediktsson told his colleagues that, given the degree of EU pressure to which Iceland is subjected, it is time for the country to revisit the EFTA arrangement. Benediktsson’s own view is that the EU, in its efforts to dominate the EFTA nations that are also EEA members, is engaged in an illegitimate power grab. He pointed specifically to the EU demand that Norway surrender control of its energy resources to an EU agency—a proposal that, in his judgment, is completely out of bounds, though it appears that the Norwegian parliament may capitulate.

The lesson for Britain in all this: to leave the EU and join the EFTA would be to jump out of the frying pan into the fire. Nonetheless, the EFTA option has supporters. Last August, Business Insider reported that some Britons, including members of both the “Remain” and “Leave” camps, believe that “this ‘softer’ version of Brexit would allow the U.K. to get as close to ‘having its cake and eating it’ as possible.” On the contrary, as Norway’s experience shows, being a member of the EFTA is more like not having a cake—and not getting to eat any, either.

What Happened to Howard Stern?

Bruce Bawer Once an irreverent voice of the common man and a proud outsider, the longtime shock jock has become an obsequious insider.

Bruce Bawer The urge to smash a teenager’s face represents a new iconoclasm against masculinity. 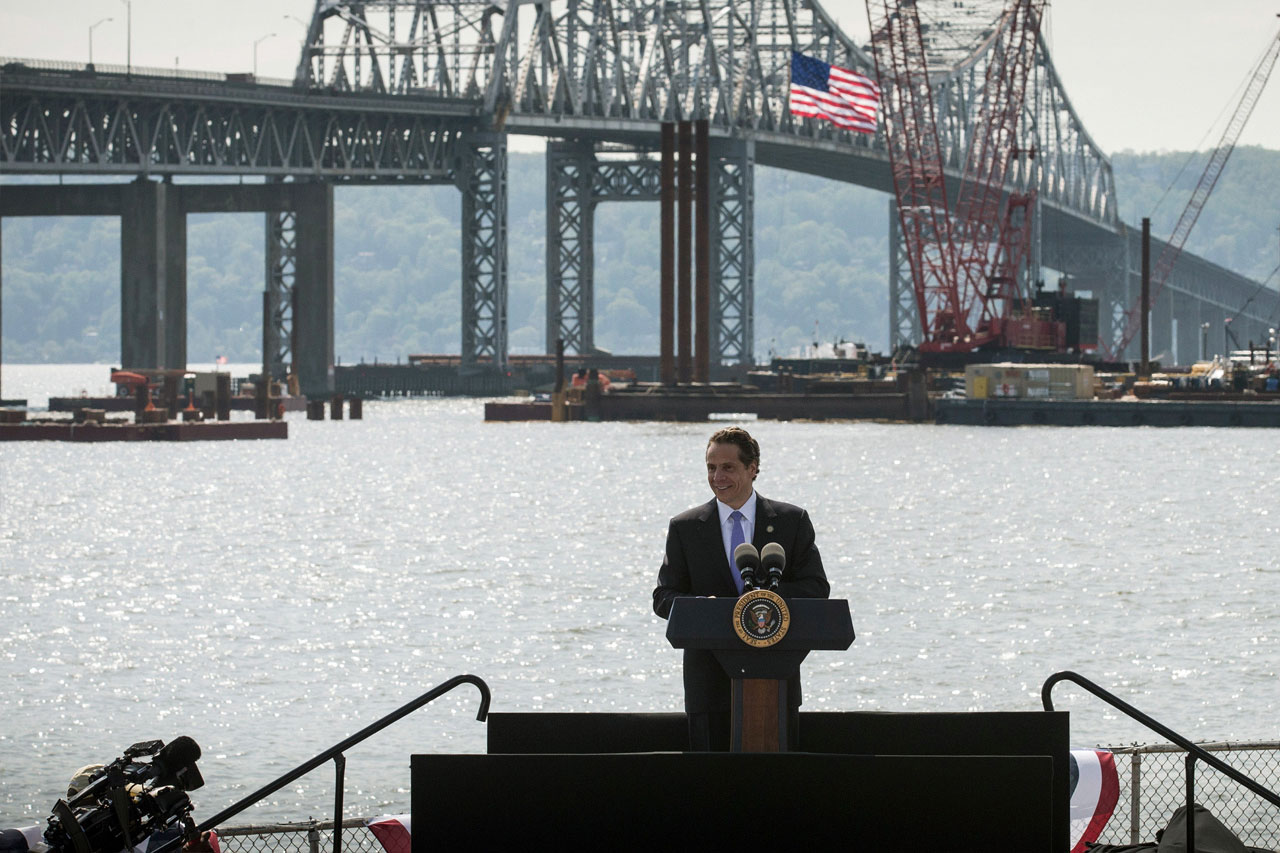 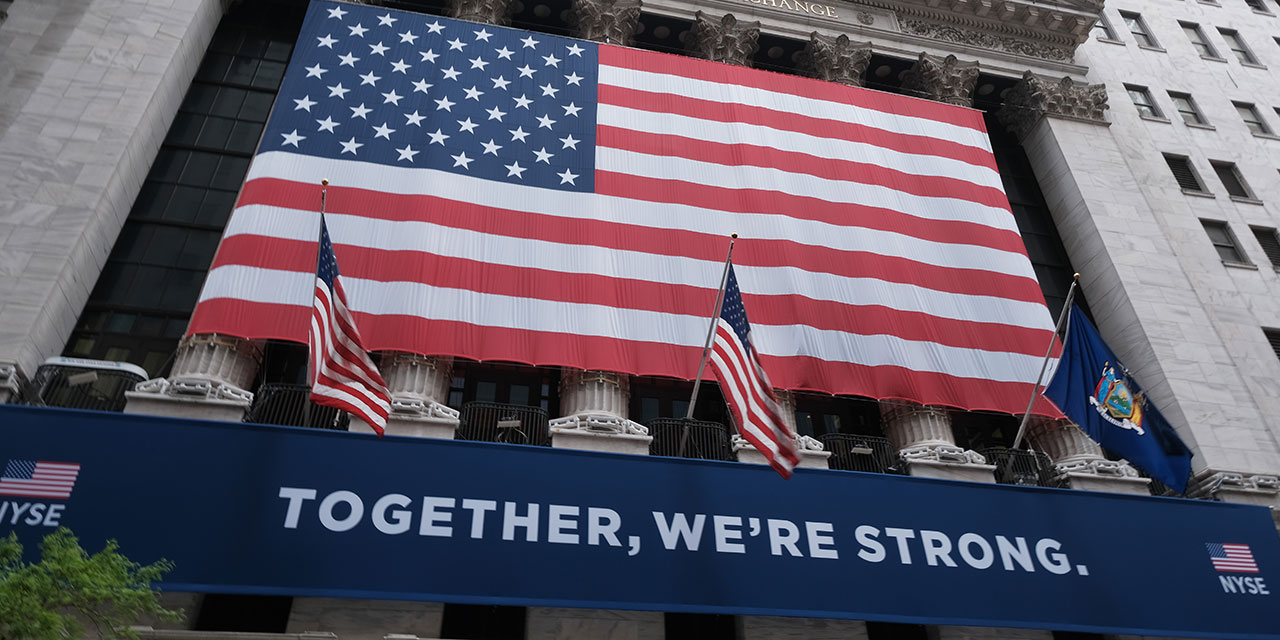 Allison Schrager But in these unprecedented times, there is reason to remain concerned.