In its quest for profits, America’s trial bar keeps finding new potential defendants, new theories of liability, and new ways to manipulate the political system. The lawyers’ latest targets, paint manufacturers, find themselves under fire for lawfully making lead-based paint 30 to 50 years ago.

Concerns that such paint causes lead poisoning in children have led many states and localities to adopt “abatement” regulations, as any New York homeowner, landlord, or tenant well knows. The trial lawyers’ new suits do not seek redress for injured children, however, but rather for the state, under the theory that lead paint generated a “public nuisance” and that the state needs money to clean it up in an estimated 240,000 contaminated homes. If this theory brings to mind the state-sponsored suits that led to the multibillion-dollar tobacco settlement, it should, because the tactics, and even some of the key players, are the same.

Last month, the lawyers hit pay dirt when a Rhode Island jury found three paint companies—Sherwin-Williams, NL Industries, and Millennium Holdings—liable to the state. Before getting to the seedy details, let’s start with the scientific facts. Unlike tobacco, lead paint is a minor public health problem at worst. Yes, we now know that lead poisoning can impair children’s neural development, though the level of risk is open to debate. Safety concerns resulted in the relegation of lead paint to outdoor use as early as the 1950s; by 1978, laws had banned it entirely.

Since the late 1970s, blood lead levels in children have fallen dramatically, owing partly to reduced lead-paint exposure, but mainly to the virtual elimination of lead in drinking water and automobile gasoline. Just how much safer are our kids today? Using the cautious threshold pushed these days by the Centers for Disease Control (ten micrograms per deciliter, much tougher than the 25-microgram level established for lead poisoning 15 years ago), the percentage of young children with elevated blood lead levels has fallen 98 percent. The most recent estimates from the National Health and Nutrition Examination Surveys show only 1.6 percent of children aged one to five above the CDC threshold, a far cry from the 77.8 percent who failed to meet the CDC’s current standard in the late 1970s.

Such figures should be cause for celebration. But zealous public health advocates—often trial bar–funded—have continued to press for ever-lower lead exposure levels. In long-developed areas, such as northeastern cities, the presence of lead paint is substantially higher than in many parts of the country. But large local variations suggest a clear regulatory remedy. For instance, one study found that Providence, Rhode Island’s children had three times the lead-poisoning level of those in nearby Worcester, Massachusetts. Unlike Rhode Island, Massachusetts requires that landlords abate lead paint in homes with children.

Rather than making low-income landlords clean up their act, however, Rhode Island chose to sue the companies that long ago legally manufactured lead paint. Notwithstanding the state’s nominal position as plaintiff, it’s important to realize that the trial bar itself is the driving force behind the lead-paint lawsuits, as it was when the states sued tobacco companies. Fittingly, the central player in the Rhode Island paint suit is the law firm of Ron Motley, one of the principal attorneys behind the tobacco suits. For its role in the Rhode Island lawsuit, Motley’s crew stands to take home nearly 17 percent of any settlement.

How did Motley do it? Much in the same way that he and attorney Richard Scruggs scored the tobacco litigation: by co-opting political leaders. In the tobacco cases, Scruggs persuaded attorney general Mike Moore, his fellow Mississippian, to hire him and Motley to sue tobacco makers for smoking-related medical costs—after Scruggs contributed generously to Moore’s campaign and flew him around for appearances in his private jet.

Motley has followed Scruggs’s tobacco playbook to the letter. A South Carolinian, Motley began to take a keen interest in Rhode Island’s notoriously corrupt politics. Opening an office in Providence, Motley’s partner John McConnell became the state’s Democratic Party’s treasurer. In the 2000 election cycle, their firm was the state’s largest political contributor, with over $500,000 for federal campaigns alone. Perhaps not so coincidentally, Rhode Island attorney general Sheldon Whitehouse appointed Motley’s firm to be the state’s lawyers to sue paint manufacturers.

The resulting Rhode Island verdict makes a mockery of the basic principles of tort law. Typically, to win a lawsuit, there needs to be an injured party. Not here, where not a single injured party—or a single house constituting a “nuisance”—made it into the evidence. Typically, for liability, a plaintiff needs to show that the defendant caused its harm. Not here, where the judge instructed the jury that it could find the defendants guilty without even finding that any of the paint companies had manufactured any paint actually used in the state.

It’s not yet clear how much the paint companies will have to pay Rhode Island. The good news is that the judge determined that the paint companies owe no punitive damages. Press reports and market reaction to the case have focused on that significant fact, not on the key finding of liability—which shows just how skewed the expectations for our legal system have become.

What’s certain is that trial lawyers smell blood in the water, and other state attorneys general see an opportunity for cash. In addition to pending cases in New Jersey, Wisconsin, and Illinois, Massachusetts and Connecticut are now exploring paint suits, with the trial lawyers in the lead. 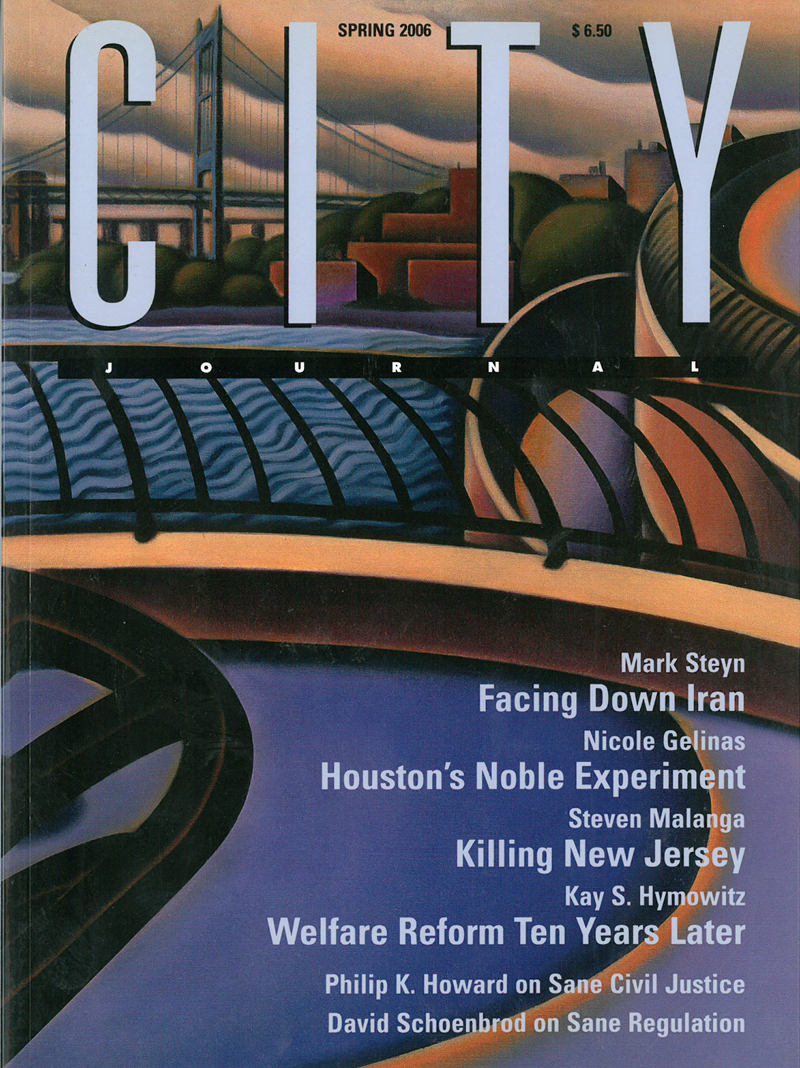 James R. Copland With a strong possibility of divided government, the principal battlegrounds for changing policy could revert to unelected rulemakers and enforcers.
More on