Judicial Independence, in Hamilton’s Time and Ours

For me, this has been the summer of Alexander Hamilton—not because of Broadway’s hit musical, but because of Federalist 78, one of Hamilton’s greatest essays (and that’s grading on a steep curve), written in defense of the then-proposed Constitution’s framework for an independent judicial branch.

I had reason to return to the essay several times in recent months, in classes that I was fortunate to teach for the Hertog Foundation and the Hudson Institute, and in conversations that I’ve had recently with thoughtful Washington policymakers reflecting on the Supreme Court’s role in American government and society today. Written in 1788, Federalist 78 is famous (among lawyers, at least) for its description of the federal judiciary as “the least dangerous branch,” and for its defense of judicial independence and the constitutional power of “judicial review,” by which courts declare statutes unconstitutional. But teaching Hamilton’s essay and other Federalist Papers to students, and discussing it with friends and colleagues, I’m struck by how Hamilton’s most luminous lines overshadow some of the less well-remembered passages, as well as the broader context in which they were written. Today, more than ever, we should focus on these overshadowed aspects of Federalist 78. Americans are once again debating the Supreme Court’s role in American government and society, in light of Justice Antonin Scalia’s passing, the nomination of Judge Merrick Garland to replace him, and years of controversial decisions from the Court on questions of free speech, religious liberty, same-sex marriage, executive power, regulatory overreach, and more. In these debates, we would do well to understand Federalist 78—and not just its famous lines.

The place to begin is a letter by “Brutus,” a pseudonymous critic of the then-proposed Constitution, in March 1788. (Historian Herbert Storing later included it as “Brutus No. 15” in his landmark collection of anti-Federalist papers.) Reacting to the Constitution’s proposal to give federal judges life tenure (that is, “during good behaviour”), removable by Congress only through impeachment, Brutus blasted the proposed federal judiciary in terms that seem familiar to modern debates:

The framers of this constitution appear to have followed that of the British, in rendering the judges independent, by granting them their offices during good behaviour, without following the constitution of England, in instituting a tribunal in which their errors may be corrected; and without adverting to this, that the judicial under this system have a power which is above the legislative, and which indeed transcends any power before given to a judicial by any free government under heaven.

. . . [T]hey have made the judges independent, in the fullest sense of the word. There is no power above them, to controul any of their decisions. There is no authority that can remove them, and they cannot be controuled by the laws of the legislature. In short, they are independent of the people, of the legislature, and of every power under heaven. Men placed in this situation will generally soon feel themselves independent of heaven itself.

This is the line of argument to which Hamilton responded two months later, with Federalist 78. And it was to this argument that Hamilton famously rejoined that, among the three branches of federal government, the judiciary “will always be the least dangerous to the political rights of the Constitution.” But it is crucial that we consider precisely why Hamilton believed this to be so.

First, Hamilton was making a relative judgment: the federal judiciary would be the least dangerous branch because Congress and the president would be so much more powerful. Especially Congress, which not only writes the laws but also more importantly “commands the purse,” the main power for bending the rest of government to its will. The executive, meanwhile, “not only dispenses the honors, but holds the sword of the community.”

In other words, Hamilton was presuming that Congress and the president would both assert their own powers unflinchingly, consistent with the Federalist’s observation that constitutional government depending not on each branch voluntarily restraining itself but on all of the branches asserting their powers, thus checking and balancing the others. In that context, it would make sense for Hamilton to write that the judiciary would be the weakest branch, because “[i]t may truly be said to have neither force nor will, but merely judgment; and must ultimately depend upon the aid of the executive arm even for the efficacy of its judgments.” (The close reader notes that this seems in tension with Madison’s famous assertion in Federalist 51 that each of the branches, including the judiciary, would and should “have a will of its own.”) Hamilton was assuming that Congress and the president would push the Court even more strongly than the Court could push back. Moreover, he assumed that the Court would have no discretion in picking the cases that come to it, and he recognized that judges would have to rely on the executive branch to carry out their decisions.

Today, each of these assumptions has fallen away. The president is much more deferential to the Supreme Court’s constitutional pronouncements than Hamilton might have suggested—and Congress all the more so. Moreover, the Supreme Court now has largely unbounded discretion to pick and choose its cases—not to create cases, of course, but to select what cases to hear. These changes cast judicial independence in a different light. Hamilton defends it not as an end in itself but as a means to the end of preventing the Court from being dominated by the other branches. When Hamilton describes the judicial branch’s nature as one of “natural feebleness,” in “continual jeopardy of being overpowered, awed, or influenced by its co-ordinate branches,” then it follows that “nothing can contribute so much to its firmness and independence as permanency in office.” By contrast, the federal judiciary today is not naturally feeble, not in danger of being overpowered by Congress or the president. If anything, the Court might from time to time be capable of overpowering the other branches, not vice versa. We thus must ask ourselves what other grounds exist to justify the strongest forms of judicial independence.

Other of Hamilton’s forgotten premises are worth noting. When he defends the courts’ power of judicial review, he rejects Brutus’s notion that the courts will become an uncontrolled and uncontrollable sovereign: “It can be of no weight to say that the courts, on the pretense of a repugnancy, may substitute their own pleasure to the constitutional intentions of the legislature. . . . The courts must declare the sense of the law; and if they should be disposed to exercise will instead of judgment, the consequence would equally be the substitution of their pleasure to that of the legislative body.”

In other words, Hamilton argued that we can trust federal judges to stay within their limits. But why? Because of the power of the other branches and, ultimately, the people, of course—but also, Hamilton argued, because of a judicial ethic of self-restraint, reflecting each judge’s life’s work of studying the “voluminous code of laws” and the body of judicial precedents by which each judge would be bound.

“To avoid an arbitrary discretion in the courts,” Hamilton writes, “it is indispensable that they should be bound down by strict rules and precedents, which serve to define and point out their duty in every particular case that comes before them; and it will readily be conceived from the variety of controversies which grow out of the folly and wickedness of mankind, that the records of those precedents must unavoidably swell to a very considerable bulk, and must demand long and laborious study to acquire a competent knowledge of them.” Hamilton stresses that the judiciary would give a benefit of the doubt to republican self-governance, striking down only laws that bear true “repugnancy” to the Constitution—or, as Hamilton put it elsewhere in the essay, striking down laws that suffer an “irreconcilable variance” to the Constitution. In these lines, Hamilton implies that laws with a merely reconcilable variance should be reconciled to the Constitution, by construing the statute in a way that avoids the constitutional problem.

Throughout Hamilton’s argument on these points, the key word is “faithful.” Judicial independence would be “essential to the faithful performance of so arduous a duty.” Where the Constitution expressly imposes upon the president a duty to “take care that the laws be faithfully executed” and an oath to “faithfully execute the Office of President of the United States,” Hamilton suggests that judges would themselves bear an implicit duty of constitutional faithfulness.

But that, again, raises questions for us today. If the people cease to believe that judges faithfully administer both the written laws and the relevant precedents, then to what extent is judicial independence still a constitutional virtue, and not a constitutional vice? And if the people today believe that the modern judiciary looks less and less like Hamilton’s, and that judicial independence and life tenure are less desirable than they had been, what reforms are warranted?

The Constitution could be amended to replace judicial life tenure with, say, a fixed term of years, as some scholars have advocated. That would be perhaps the most radical reform; but there are others. Supreme Court justices could be required to “ride circuit”—to take turns sitting on lower courts, forcing them to step outside of the high court’s power to write broad precedents and experience, instead, the lower courts’ challenge of applying those precedents. Perhaps the Senate or House Judiciary Committees could invite Justice David Souter to testify on his experience, in semi-retirement, hearing cases on the lower court. Or, to the extent that the Supreme Court’s ever-dwindling docket gives the justices too much discretion in picking their caseload (and too much free time to write broad, overwrought opinions), Congress could revise the statutes that give the Court such discretion. Ironically, being forced to hear many more cases, the justices might have less time to get creative, making them less “dangerous.”

All of these reforms would present significant problems of their own—including the inevitable unintended consequences. But these are questions worth considering, in the spirit of James Madison’s pursuit of “republican remed[ies] for the diseases most incident to republican government.” To that end, we should all take time to read and reread Federalist 78—not just the highlights, but the whole thing.

Adam J. White is a contributing editor to City Journal and a research fellow at the Hoover Institution. 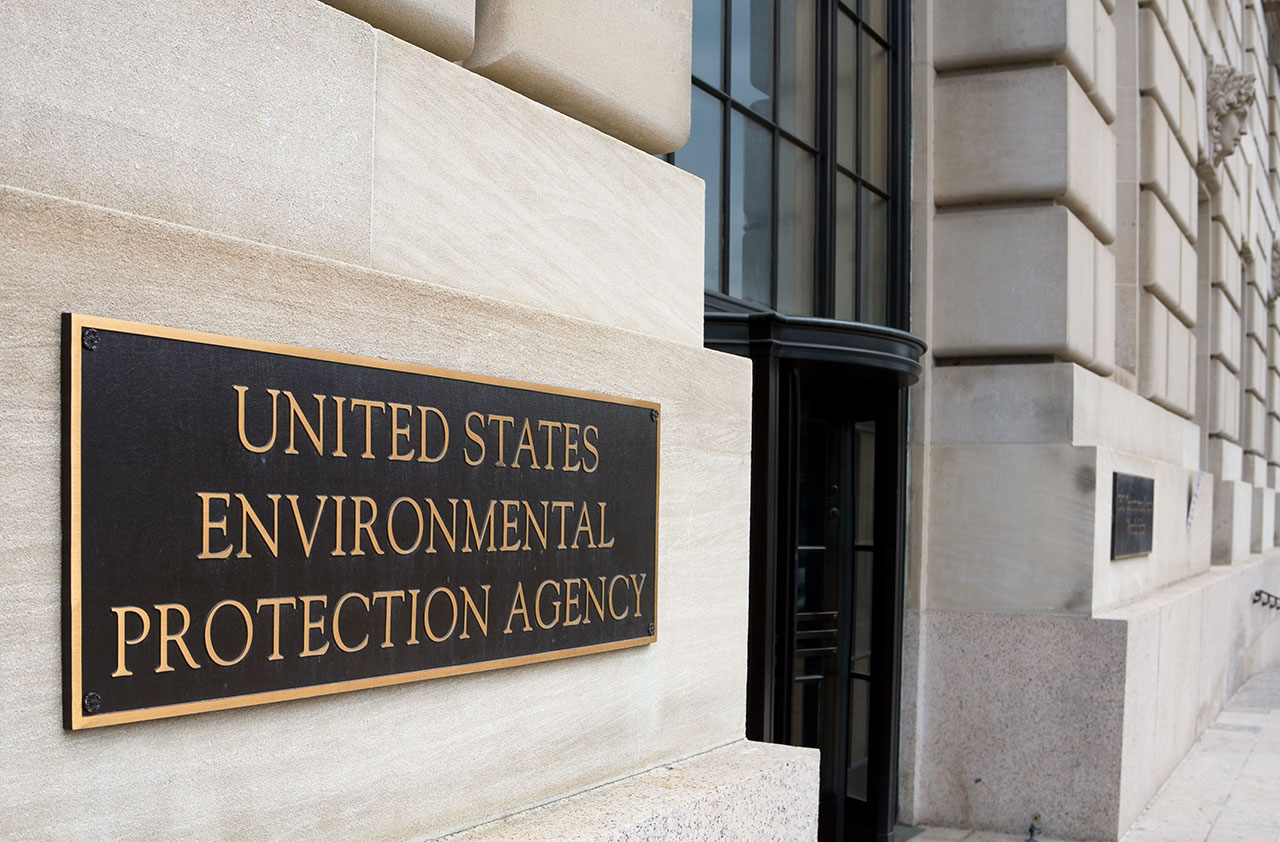 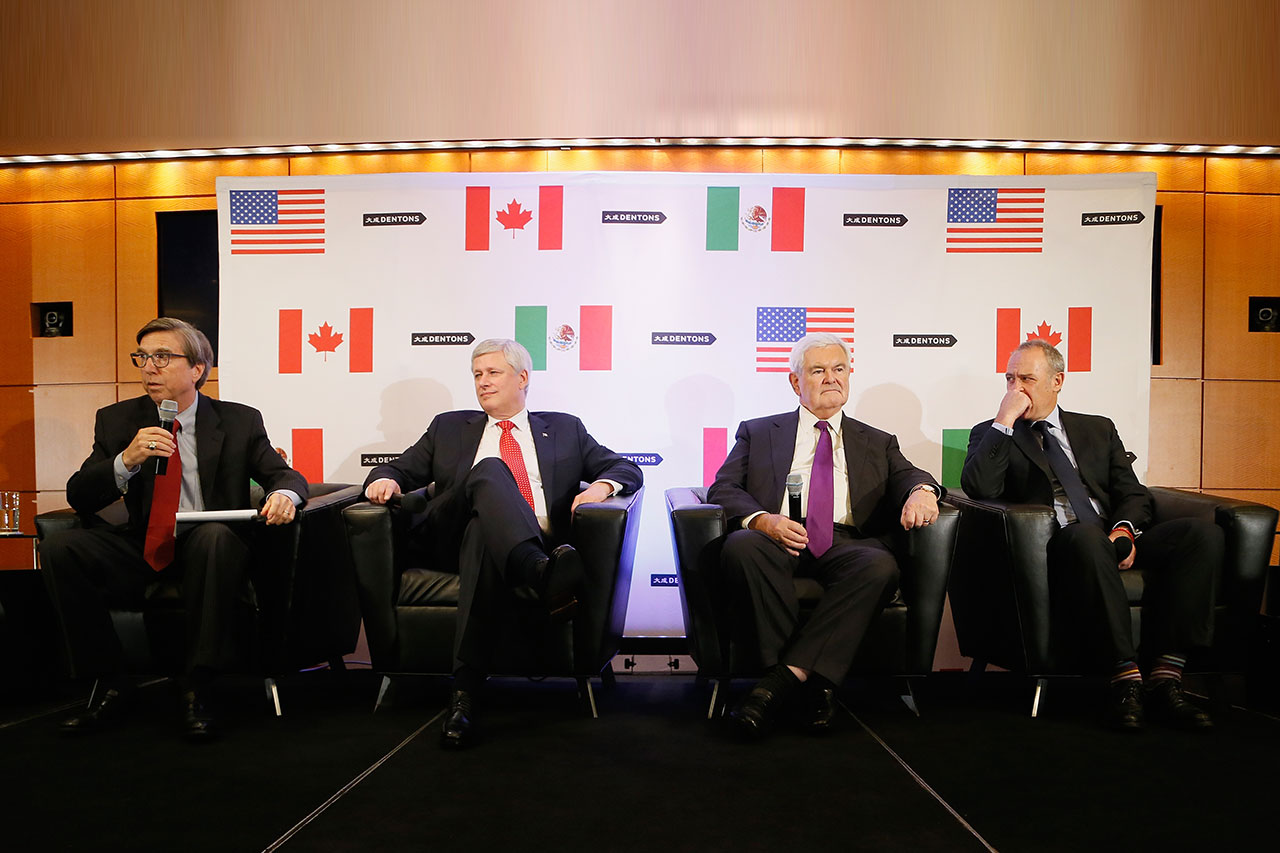 A New NAFTA Can Help Reform the Administrative State

Adam J. White The road to regulatory and infrastructure reform runs through the landmark trade agreement.
More on