Early this month, President Trump announced plans to change the way America admits immigrants. Trump would replace the current arrangement, in which most new immigrants are relatives of U.S. citizens or permanent residents, with a system that prioritizes language and technical skills over family ties.  Other countries that migrants find attractive—including Canada and Australia—maintain points-based systems to determine immigration eligibility, and Trump’s RAISE Act proposes to use them as a model for the United States.

Critics of the president and advocates for the present system were outraged by the proposal. They cited Emma Lazarus’s poem “The New Colossus,” with its call for the United States to be the depository for the world’s “wretched refuse,” as evidence that Trump was overturning a venerable American tradition of (nearly) open borders. The Anne Frank Center warned that Trump was establishing an “ethnic purity” test; the Southern Poverty Law Center likened it to a “racist quota system.” Jose Calderon of the Hispanic Federation said that Trump’s plan “punishes immigrants, undermines our economy, and emboldens nativists.” The libertarian Cato Institute called the White House’s argument for the RAISE Act “grossly deceptive” and said that limiting immigration would slow job growth.

From other corners came a different objection to prioritizing skilled over unskilled immigrants: had such stipulations been in place long ago, they said, their families might never have made it to America. Mayor Bill de Blasio of New York City repeated versions of this formulation several times. On August 2 he tweeted, “My grandparents would not have passed Donald Trump’s test. They wouldn’t have been able to contribute to a country they loved.” Asked the next day what criteria, if any, for immigration he thought would be appropriate, de Blasio replied, “based on everything I’ve seen about what President Trump proposed—it literally would have excluded my grandparents and it would have excluded probably the parents and grandparents of a lot of people in this room. My grandparents didn’t speak English when they got here from Italy. My grandparents didn’t have college degrees. They became exemplary Americans.”

A few days later, The New York Times published an op-ed entitled “Immigrating to Trump’s America? Philosophers Need Not Apply,” by Carol Hay, an associate professor of philosophy at the University of Massachusetts, Lowell. Hay, originally from Canada, explains how she earned a Ph.D. “from a department ranked in the top 25 in the United States” and received a job offer at an “up-and-coming state university in the Northeast.” If the RAISE Act had been in effect then, however, Hay says that she would not have qualified to stay here, and would have been “deported back to Canada.” The problem, she states bluntly, is that “I’m a philosopher,” and the proposed system—modeled on that of her home country—would not accord philosophers automatic right of entry to the United States.

Dianne Feinstein’s mother “emigrated from Russia as a young child. She couldn’t speak English and had no education,” the California senator says. “Her father died at age 32, leaving the family destitute. An uncle, who worked as a carpenter, supported the family. Both my grandfather and mother would have been turned away under the Trump-backed proposal because, in his view, they had nothing to offer.” Actually, the RAISE Act specifically allows minor children to accompany their parents and doesn’t require young children to speak English or be educated.

But leaving aside that mischaracterization—or Mayor de Blasio’s strange assertion that his grandparents would have been denied the chance to contribute to “a country they loved” before they got here and could decide whether they even liked it—all these arguments are based on the flimsiest of principles: “How would this affect me?” De Blasio and Feinstein seem to believe that they are personally indispensable to the American project—so much so that any action that may have hypothetically nullified their American existence in some alternate universe must be legislated against.

Moreover, the argument that we should continue the present system because that’s how we’ve been doing it for a long time is pretty much the worst rationale for doing anything. In what other area of public policy is it considered wise reflexively to follow tradition? America has changed a lot in 125 years. We no longer have child labor. It’s illegal to sell strychnine or wormwood as medicines. In 1900, America was a rapidly growing industrial economy with a need for millions of unskilled workers; our personnel requirements are radically different in 2017. Yet we’re supposed to maintain a nineteenth-century immigration policy out of deference to the retroactive sensitivities of people upset that their grandparents wouldn’t have made the cut? 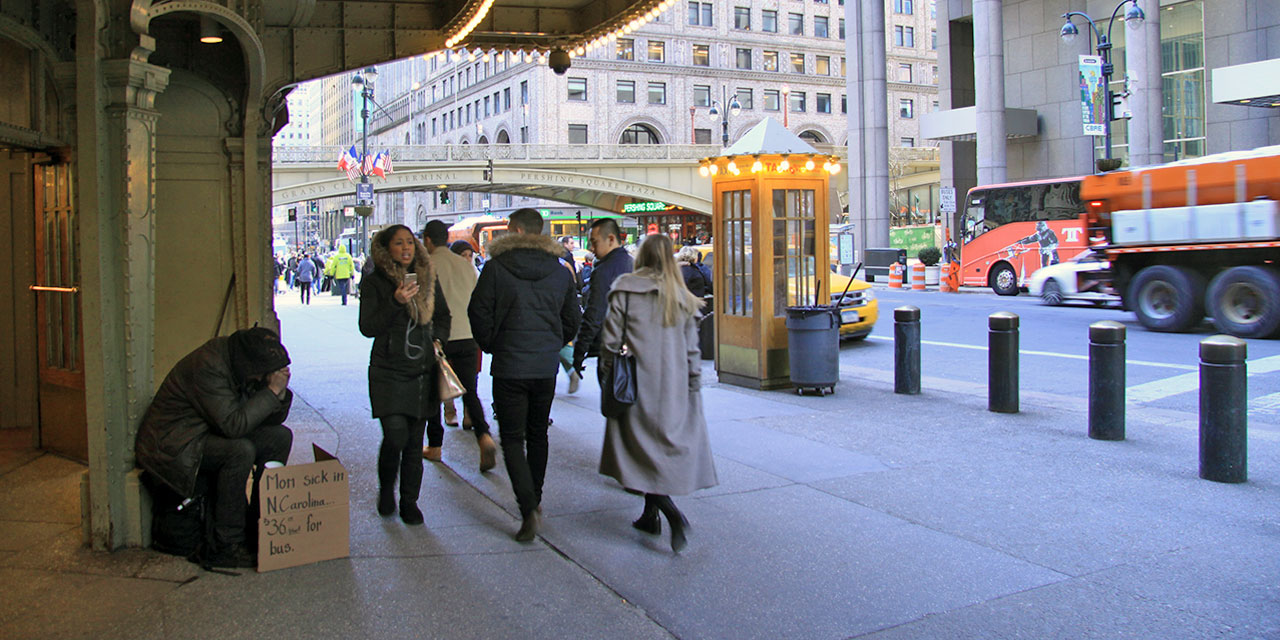