How Trump Should Tackle Illegal Immigration

President-elect Donald Trump has made big promises regarding illegal immigration, which was the signature issue of his campaign. From building a wall on the Mexican border to ending municipal “sanctuary” policies to removing illegal aliens, Trump has given himself a difficult job, laden with complex tactical and political considerations. What first steps can he reasonably take to demonstrate that he is serious about the issue?

America is essentially addicted to illegal immigration. In the familiar formula, the Right craves cheap labor and the Left hungers for a large, reliable voting bloc. Like many addicts, the nation is unwilling either to admit the extent of its problem or do anything decisive about it. As a result, we’ve given millions of people a mixed message about whether they’ll be able to stay here, and tacitly encouraged a two-track system of legal and illegal immigration.

Trump’s election gives America the opportunity to get real about illegal immigration. Therefore, the first thing Trump as president must do—before laying one brick of the wall—is communicate a consistent message of zero tolerance regarding unauthorized entry and residence in the United States. Australia is a good model. Beset by thousands of illegal immigrants from Asia, the Australian government waged an intensive advertising campaign with a clear message to would-be migrants: If you try to enter Australia illegally by boat, you will never be permitted to settle in the country. The island nation made good on its zero-tolerance line by outsourcing the processing of migrants to Papua New Guinea, where the social amenities often lag those of the migrants’ home countries. As a result, fewer boats have been interdicted, and fewer migrants have died at sea. Sending a clear message to the world that the rules have changed and that illegal immigration to the United States is no longer a viable solution for economic migrants should reduce the number of people willing to gamble on eventual amnesty.

Trump has said that targeting criminal aliens for expedited removal is his top priority. There are between 800,000 and 2 million such individuals in the United States already, depending on whether legal permanent residents (green card holders) are included, and depending on what level of crime is considered serious enough to merit immediate deportation. Removing unlawfully present criminals from the “homeland” would be an obvious place to start. But U.S. immigration policy is so dysfunctional that an estimated 90,000 convicted criminal aliens have been placed in removal proceedings only to have their home countries refuse to take them back (China, Haiti, India, and Cuba are among the nations that have been recalcitrant in this regard). According to U.S. law, the State Department is required to stop issuing visas to such countries, but never does. As a result, these criminal aliens are simply released after a six-month waiting period, often committing additional crimes. It would be a simple matter, and in accordance with the law, for the State Department to issue a démarche to a country, demanding quick acceptance of its citizen, or risk the loss of visa privileges.

Even fervent Trump supporters recognize the unlikelihood that the federal government will begin rounding up illegal aliens on the street for deportation. The logistical aspects of expelling millions of people in a humanitarian manner are enormous. Illegal aliens can’t be summarily deported; they have the right to face an immigration judge; the current backlog in these cases can be years; and the country doesn’t currently have the judicial infrastructure to deal with a much larger caseload.

Furthermore, the Left, greatly embittered by Trump’s win, is eager for confrontation. Calls for direct action and civil disobedience are circulating well ahead of Trump’s inauguration. Discussions of reviving the Bush-era entry-exit registries for visitors from terrorism source-nations have been falsely labeled “Muslim registries,” and thousands of liberals are swearing that they will demand to sign their names to these imaginary lists. Any effort at deporting non-criminal aliens will be met with calculated resistance. The Trump administration should encourage such people to leave voluntarily.

The Trump administration should also focus on employer-based enforcement, rather than targeting illegal-alien workers themselves. It’s against the law knowingly to employ non-authorized individuals, and the federal government has made available to all employers a quick and free system to verify that people are legally allowed to work. E-Verify is currently a voluntary system, but the government could encourage its adoption by cracking down on employers who hire illegal workers. After a few such high-profile cases, with serious penalties ranging from heavy fines to jail time for repeat offenders, employers will become loath to hire illegals, who often use stolen identities. Shutting down possibilities for work will make life in America less attractive for them and encourage them to self-deport.

The suggestions adumbrated above may seem harsh. But America has cynically established a kind of low-paid underclass, arguably to the detriment of a large, lesser-skilled segment of the citizenry. The election of Donald Trump has virtually ensured that some major policy shifts regarding the status of illegal immigrants are coming. The ones I have outlined are politically feasible and would incur the minimum of human suffering, while promoting the ideals of civic nationalism upon which Trump was elected.​ 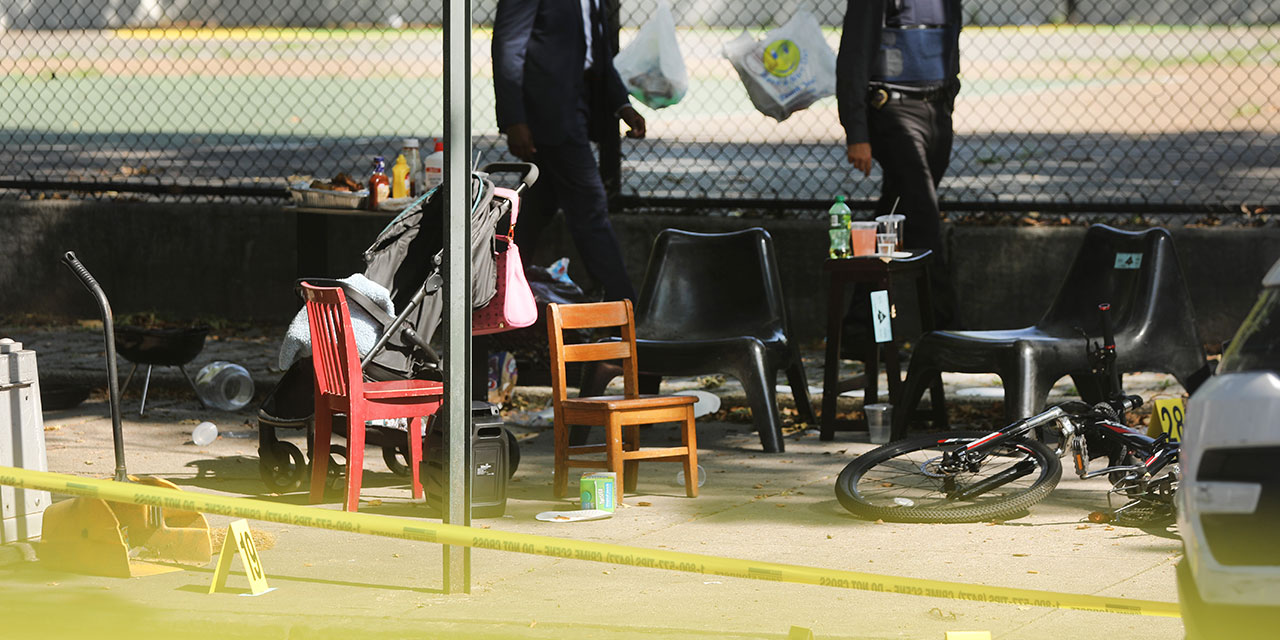 Seth Barron Contrary to what Bill de Blasio and Alexandria Ocasio-Cortez suggest, criminal behavior is not an economic phenomenon.
More on