If only for its portrayal of hedge-fund risk-takers as something like the good guys, The Big Short deserves its Academy Award nomination for best picture. The film, based on the Michael Lewis book of the same name, is a storytelling tour de force, providing a creative tutorial on some of the factors that led to the 2008 financial crisis and an inside look at the often brutal culture of New York City financial firms. The unlikely protagonists are a group of hedge-fund managers who bet on the collapse of the house-of-cards housing market. Despite those attributes, the film tells an incomplete story of the crisis, one that absolves government housing policy of the role it played. Key parts of this policy remain in place. Even if government policy doesn’t cause another meltdown, it has the potential to do great harm to its intended beneficiaries: low-income households and neighborhoods.

In The Big Short’s telling, the financial crisis was triggered solely by private-sector mortgage securitization run amok. Securitization is essentially a good idea; lots of mortgages are bundled into a security that, in whole or parts, can be sold to investors, making more capital available for new mortgages. Only when investment banking firms loaded up these securities with unsound, subprime mortgages and resold them to the financially naïve—along with insurance products based on them—did the process get corrupted. Ratings agencies, per the film, were enablers—vouching for the soundness of investment instruments whose underlying mortgages were not being repaid.

It’s a plausible and convincing scenario. Plenty of “liar” and “no-doc” mortgage loans were packaged into “tranches,” whose inaccurately elevated ratings convinced pension funds—and even sovereign investment funds—that potential returns outweighed the risks. It’s also true, though, that large numbers of such loans wound up on the books of the two giant “government-sponsored enterprises”—Fannie Mae and Freddie Mac—charged with slurping up mortgage loans to help Americans buy homes. But these giant, federally chartered “GSEs” were also under regulatory pressure to buy mortgages written for lower-income homebuyers and in low-income neighborhoods. Their “affordable-housing goals” were initiated by the Clinton administration, expanded during the Bush years, and are still in force today. The GSE’s goals could be met, in part, by purchasing the same subprime loans that are the villain in The Big Short.

The GSE’s affordable-housing goals were ambitious. By 2005, the Department of Housing and Urban Development required that 45 percent of all the loans bought by Fannie Mae and Freddie Mac be made to borrowers with low and moderate incomes. HUD also required the GSEs to buy 32 percent of the loans in their portfolios from people in central cities and other underserved areas, and 22 percent from loans made to “very low income families or families living in low-income neighborhoods.” Did these requirements figure significantly in the financial crisis? In a convincing dissent to the federal 2011 Financial Crisis Inquiry Commission report, which largely follows The Big Short’s version of events, commissioner Peter Wallison of the American Enterprise Institute argued that the regulatory pressure to extend mortgage credit to those who didn’t have the traditional means to assure repayment—that is, lowering mortgage underwriting standards—was crucial:

The sine qua non of the financial crisis was U.S. government housing policy, which led to the creation of 27 million subprime and other risky loans—half of all mortgages in the United States—which were ready to default as soon as the massive 1997–2007 housing bubble began to deflate. If the U.S. government had not chosen this policy path— fostering the growth of a bubble of unprecedented size and an equally unprecedented number of weak and high-risk residential mortgages—the great financial crisis of 2008 would never have occurred.

Specifically, Wallison’s dissent concluded, the GSE’s books were filled with the sorts of mortgages that The Big Short portrays as helping to bring down the economy. These mortgages were originated by banks or mortgage brokers but quickly sold to the GSEs. “Immediately prior to the onset of the financial crisis, the GSEs held or had guaranteed 12 million subprime and Alt-A loans,” writes Wallison. “This was 37 percent of their total mortgage exposure of 32 million loans, which, in turn, was approximately 58 percent of the 55 million mortgages outstanding in the United States on that date. Fannie and Freddie, accordingly, were by far the dominant players in the U.S. mortgage market before the financial crisis, and their underwriting standards largely set the standards for the rest of the mortgage financing industry.” Fannie and Freddie subsequently needed the largest post-crisis federal bailout of all: $187 billion.

Maybe asking whether the GSE’s affordable-housing goals triggered the financial crisis is the wrong question. Perhaps we should simply agree that they may have been a factor—along with an overall bubble mentality in the market. But it is worth asking why we continue to insist on affordable-housing goals for Fannie Mae and Freddie Mac. Those who defend them—such as the National Community Reinvestment Coalition—assert that, absent such regulation, African-American and Hispanic borrowers will find it hard to access credit markets. In a letter just last month to the GSEs’ regulator, the NCRC wrote, “We believe that stronger action is necessary on the affordable-housing goals and mortgages purchases affecting minority borrowers.”

Such advocates, however, should explain why the housing market—which today includes online lenders and interstate banks, as well as traditional community lenders—would turn away creditworthy borrowers of any background? Or why enforcement of fair-housing laws is insufficient protection against biased or predatory lending practices? They should also explain why we should overlook the obvious risk that, under pressure, lenders will care more about filling loan quotas than making sure borrowers are creditworthy. Nothing undermines the hard work of a homeowner—or the value of one’s property—more than a neighbor who defaults on his mortgage. African-American households were particularly hard-hit by the mortgage crisis. A 2011 study by the Center for Responsible Lending found that “African-American and Latino borrowers are almost twice as likely to have been impacted by the crisis. Approximately one quarter of all Latino and African-American borrowers have lost their home to foreclosure or are seriously delinquent, compared to just under 12 percent for white borrowers.” More specifically, the study found that 240,000 black households lost homes to foreclosure, as did 335,000 Latino households.

The Center for Responsible Lending—and defenders of affordable-housing goals and community-reinvestment requirements generally—ascribe such losses to the fact that minorities were “more likely to receive high risk loan products” that were “aggressively marketed.” They overlook the possibility that quota-induced lending may have helped undermine housing values and discouraged repayment. If one’s home value is “underwater,” the incentive to repay diminishes. The same may be true if one’s neighbor’s mortgage is underwater, for that matter.

Traditional underwriting standards—including significant down payments and solid credit scores—don’t punish low-income and minority homebuyers. Rather, they protect their efforts both to accumulate and to protect wealth, key areas in which they trail white households. As I wrote myself in the Wall Street Journal in 2004—four years before the financial crisis:

The risk here, of course, is that the credit spigot will have to be opened to the marginally creditworthy, a threat both to the GSE’s finances and to low-income neighborhoods, should they be hit by delinquencies and foreclosures. Or, as the National Association of Realtors has put it, the proposed rules “may cause the GSEs to take actions that will distort mortgage markets, with negative results.”

I wish I had been wrong. I also wish The Big Short had told the whole story.

Howard Husock, a contributing editor of City Journal, is the Manhattan Institute’s vice president for research and publications and author of The Trillion-Dollar Housing Mistake. 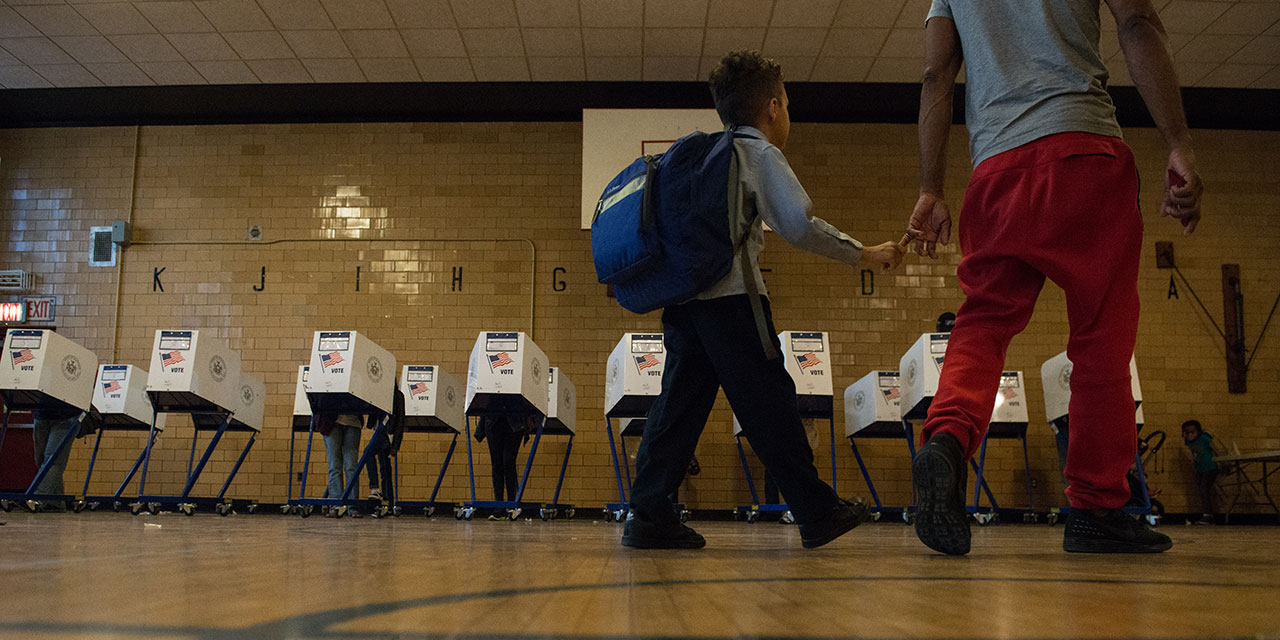