Last August, HUD Secretary Henry Cisneros flew to New Orleans to preside over the partial demolition of the Crescent City's notorious Desire housing project. In a televised ceremony featuring brass bands and a symbolic sledgehammer, Cisneros promised that the federal government would replace projects like Desire with a "new model" of public housing—townhouses and single-family homes that are safe, clean, and pleasant to live in.

Not to mention expensive: HUD has committed a total of $62 million, or $97,000 per home, to rebuilding Desire. Already the federal agency has pumped more than $100 million into New Orleans public housing on Cisneros's watch. Yet 60,000 of the city's residents still live in some of the most dangerous and dilapidated projects in the country.

Meanwhile, the City of New Orleans has embarked on an effort that seems a much more promising and cost-effective way of reviving poor neighborhoods than the federal government's way. In October it held the first of what will be quarterly public auctions of some of the city's 37,000 abandoned houses—one of every five houses in New Orleans. Relics of a middle-class exodus, many of these houses have sat deteriorating and unclaimed since the 1960s, magnets for crime and decay. Until now, the city government has made no effort to sell the properties. The first 40 homes to go on the block sold quickly, each for less than $11,000. The city has given other abandoned properties to nonprofit groups to renovate and sell to low-income families.

In time New Orleans's policy may return decaying inner-city areas to stability. By auctioning off the abandoned properties, New Orleans has made a conscious decision to target middle- and working-class people for homeownership. In contrast to HUD, which is pouring tens of millions of dollars into public housing for the dependent poor, the city government's plans will eventually give thousands of wage-earning, taxpaying citizens a permanent stake in the city—all while cleaning up now-blighted residential areas at no cost to taxpayers.

Louisiana's legendary corruption could unravel the plan, and so could bureaucratic snafus: the city's records are so disorganized that authorities often have trouble determining the previous owner, who nevertheless has 18 months after the auction to come forward, pay a market price, and reclaim his property. But if New Orleans can overcome these obstacles and give working- and middleclass strivers a chance at homeownership, it can reduce the need for public housing like Desire and make the city more attractive to middle-class refugees who might like to return. Says City Councilman Oliver Thomas, who championed the auction sales: "We want nice people to move back into the city." 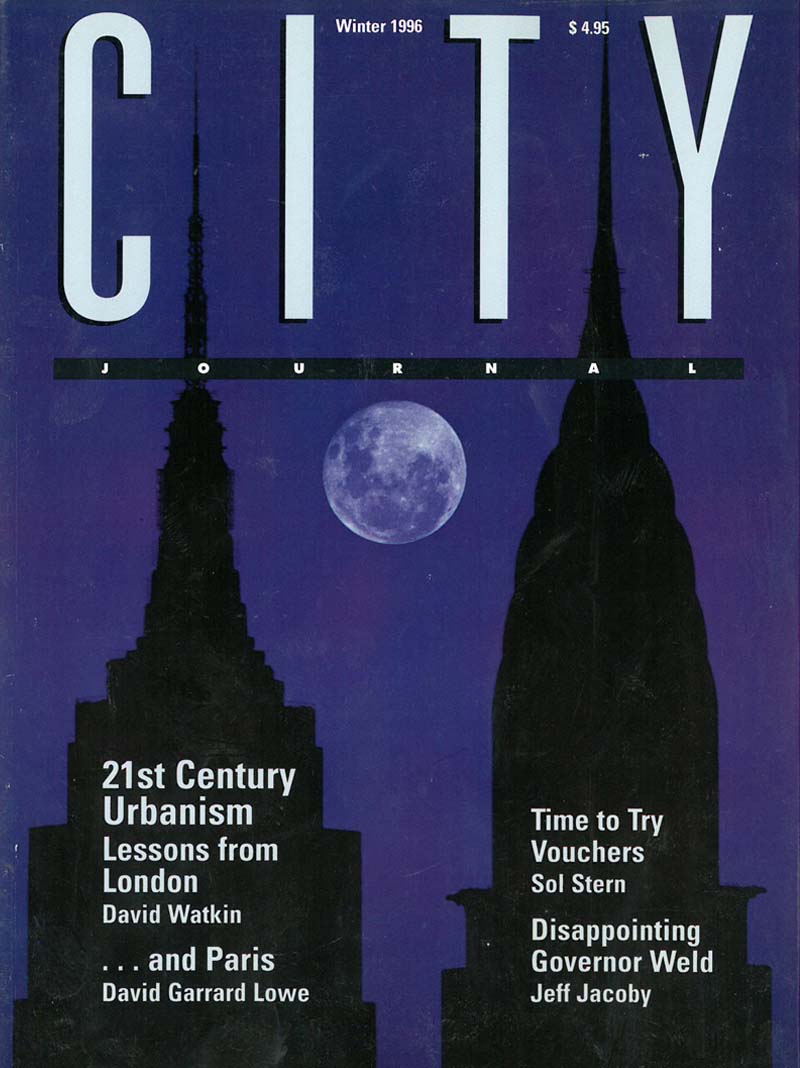