Neville Chamberlain and Stanley Baldwin were men of “intellectual integrity” and “respect for the rights of others”—in marked contrast to Winston Churchill, a demagogue with “only one goal: to save the [British] Empire from the Hitlerian danger.” The now-forgotten General Robert E. Wood, chairman of the short-lived America First Committee—which campaigned to keep the United States out of World War II—“made a grand fight” and would be vindicated by history, whereas the “madman” and “egoist” Franklin Roosevelt lied his countrymen into an unnecessary and catastrophic war, betraying American constitutional liberty while fecklessly handing over millions of human beings to Communist tyranny.

These were the considered views not only of John Birchers, radical libertarians, and others of the sort William F. Buckley, Jr. consigned to the conservative movement’s fever swamps, but of Herbert Hoover—the rational and benevolent statesman who served at the American government’s highest levels and who spearheaded humanitarian efforts after both world wars that probably saved more human lives than any others before or since. It is perhaps understandable that Hoover’s heirs suppressed the manuscript he rightly called his “magnum opus” until a few months ago, when his preeminent biographer, George H. Nash, brought it to the light of publication.

What gives this book its extraordinary interest is not so much Hoover’s stature as a major (if much-maligned) statesman of far wider international experience than nearly all of his American contemporaries, but the argument he makes against American entry into the Second World War. This is no mere polemic. Unlike the predictably isolationist senators William Borah, Hiram Johnson, and Gerald Nye, and very unlike the anti-Semitic intellectual lightweight Charles Lindbergh, Hoover formulates a comprehensive geopolitical critique of the Roosevelt-Churchill foreign policy. I think his view in crucial respects mistaken, but I’m grateful to have it. When studied alongside the sharply opposed writings of Churchill and de Gaulle, Hoover’s book helps us to understand not only the war, but also geopolitics itself—how to think the way a statesman must think.

Boiled down to its essentials, Hoover’s argument justifies not American isolationism, but hemispheric defense in preparation for a well-timed diplomatic, economic, and military entry into a world compelled to listen to what America has to say. The strategy reprises some of President Woodrow Wilson’s strategy in his first administration: staying out of the European war; allowing the combatants to become exhausted; then working toward a (now-feasible) League to Enforce Peace composed of republican regimes. Immanuel Kant’s famous 1795 essay, “Perpetual Peace,” formulated a similar approach. Unlike some of the America Firsters, Hoover contemplated a considerable expansion of American influence in the world—but not at the price of a world-warring prelude.

Could Hoover’s vision have worked in practice? Like the American and French revolutions before them, the Soviet and Nazi revolutions led to military expansion—but this time in the same quarter-century and on the same continent. Thus “Fascism and Communism were bound to clash and produce a world explosion.” Because the ideas animating both revolutionary regimes were evil, “and evil ideas contain the germs of their own defeat,” as Hoover saw it, “the day will come when these nations are sufficiently exhausted to listen to the military, economic and moral powers of the United States.” Americans should stay out of the war while arming ourselves “to the teeth,” ready to defend the Western Hemisphere in the unlikely event that a clear victor emerged in Europe. The underlying moral principle of Hoover’s policy was that “American lives should be sacrificed only for independence or to prevent the invasion of the Western Hemisphere.” He believed that “to align American ideals alongside Stalin will be as great a violation of everything American as to align ourselves with Hitler,” and that “the aftermath of the war would be revolution and world-wide extension of communism, not democracy.”

Why would Europeans ruled by fascists or Communists look to America after the war? Because, Hoover argued, in World War I’s aftermath, relief of hunger and disease was “far more powerful than machine guns” in preventing Communist advances (though, admittedly, such aid didn’t have the desired democratizing influence in the Soviet Union itself, where U.S. food aid nonetheless saved 20 million lives, according to Hoover’s estimate).

Hoover blames Roosevelt for turning the Nazis and the Japanese against the United States. Hitler attacked the democracies, he writes, only because FDR pushed France and Great Britain into guaranteeing Poland’s security in 1939 with bogus promises of eventual U.S. military backing. This would indeed explain FDR’s dismay at the rapid fall of France in 1940; the strategy assumed that the French could hold out until the Americans arrived—as France had done in 1914–16. As for Japan, “we stuck pins in the rattlesnake” with an injurious trade embargo, and at Pearl Harbor, the snake bit us hard.

The defects of Hoover’s analysis are evident with hindsight (and Hoover himself exercised plenty of that, continuing to work on his manuscript until his death in 1964). The republics won back roughly half of Europe from the Nazis and prevented the emergence of a continent-wide Soviet empire. Had the United States not intervened and the Soviets had defeated Hitler, the U.S. would have fought the Cold War with no continental outposts. Hoover contends, however, that the Soviets would not have defeated Hitler without Lend-Lease aid, which he opposed. If the Nazis had defeated the Soviets instead, the U.S. would still have faced the alternative continent-wide enemy empire—war-wearied, no doubt, but also controlling vast material and human resources. Finally, under Hoover’s preferred scenario—stalemate and exhaustion for both tyrannies—a tripartite, nuclear-armed world might well have proven more dangerously unstable than the bipolar one that emerged in the late 1940s. It seems unlikely that Hoover’s food-as-weapon approach would have purchased much influence under those circumstances, and Hoover doesn’t specify how to deploy the stronger sticks that would supplement these (literal) carrots. With the United States effectively confined to the Western Hemisphere, any policy of “containment” would have applied as much to the U.S. as its enemies. The great benefit: we might not have lost anything like 400,000 Americans. The great deficiency: they would have lived in an even more dangerous world than emerged in the prosperous postwar era, which was quite dangerous enough. Recalling 1929, Hoover predicted a worldwide depression ten years after the war. This didn’t come to pass in 1955, and Hoover was long dead when the financial crisis and Great Recession of recent years occurred, the only economic event that even approximates his grim scenario.

This brief review cannot convey the richness of Hoover’s analysis, the wealth of detail he brings to bear, and above all his tone—what can only be described as the despairing verve of a man confident he’s right about debacles past, present, and future. In this strange way, the book is a joy to read.

Will Morrisey is the William and Patricia LaMothe Chair in the U.S. Constitution and associate professor of political science at Hillsdale College. He is the author of Self-Government, the American Theme: Presidents of the Founding and Civil War. 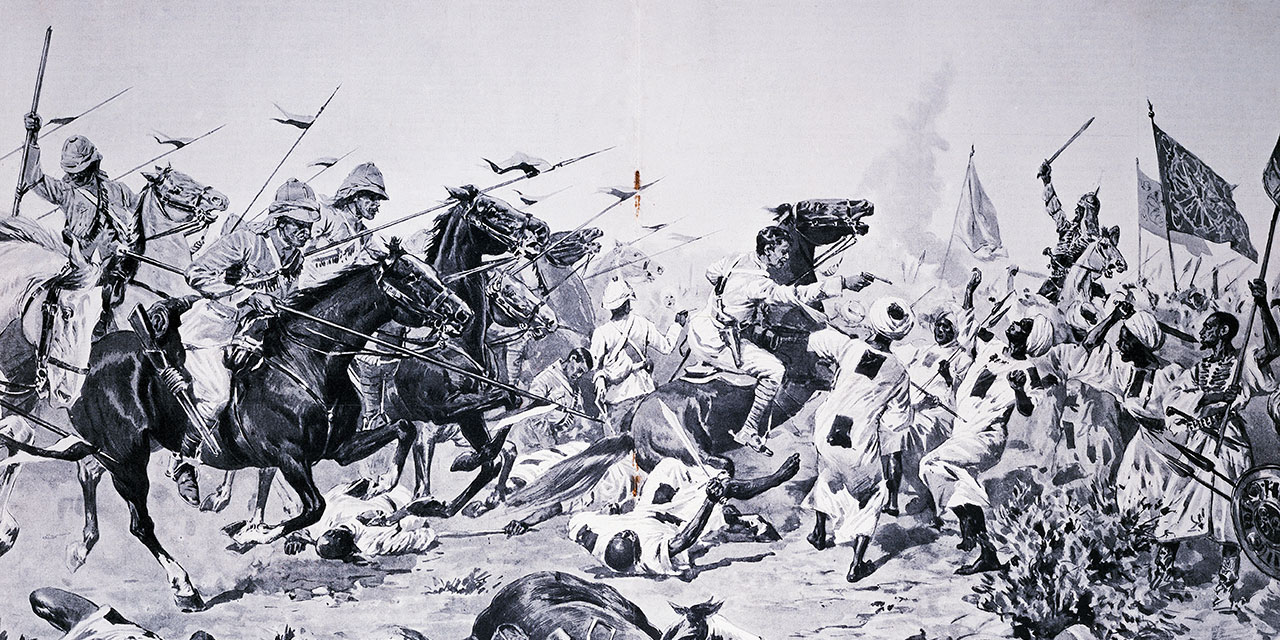 Lessons of the River War

Will Morrisey Churchill’s history of the conquest of the Sudan remains as instructive to us today as it was for its first audience.