Digital Image©The Museum of Modern Art/Licensed by SCALA/Art Resource, NY
A panel from Jacob Lawrence’s series The Migration of the Negro

A century ago, nine out of ten black Americans lived in the South, primarily in formerly Confederate states where segregation reigned. Then, in the 1920s, blacks began heading north, both to escape the racism of Jim Crow and to seek work as southern agriculture grew increasingly mechanized. “From World War I to the 1970s, some six million black Americans fled the American South for an uncertain existence in the urban North and West,” writes journalist Isabel Wilkerson, the author of The Warmth of Other Suns. Principal destinations in the Great Migration, as the exodus came to be called, included Washington, D.C. (the first stop on the bus), Chicago, Detroit, and New York City. The Great Migration had tremendous political implications, both good and bad. It helped spur the civil rights movement, but it also trapped many blacks in urban ghettos.

More recently, however, the Great Migration has reversed itself, with blacks returning to the South. In a broad sense, this reversal fits within a larger demographic shift among Americans in general, who are moving from the Rust Belt to the Sun Belt. But the new black migration is nevertheless significant: not only could it portend major changes to the nation’s politics; it also testifies to the liberal North’s failure to integrate African-Americans into the mainstream. As the historian Walter Russell Mead has observed, that failure is “the most devastating possible indictment of the 20th century liberal enterprise in the United States.”

In the early seventies, the New York Times noticed that between 1970 and 1973, for the first time, more blacks had moved from the North to the South than vice versa. The movement has continued apace. Last year, the Times described the South’s share of black population growth as “about half the country’s total in the 1970s, two-thirds in the 1990s and three-quarters in the decade that just ended.” Many of the migrants are “buppies”—young, college-educated, upwardly mobile black professionals—and older retirees. Over the last two decades, according to the census, the states with the biggest gains in their black populations have been Georgia, South Carolina, Virginia, Texas, and Florida; New York, Illinois, and Michigan have seen the greatest losses. Many of the new black migrants are moving to the South’s urban and suburban hot spots, rather than the small towns that their grandparents or great-grandparents left behind generations ago. Today, 57 percent of American blacks live in the South—the highest percentage in a half-century.

Much of the migration has been urban-to-urban. During the first decade of the new century, according to Brookings Institution demographer Bill Frey, the cities making the biggest gains in black population were Atlanta, Dallas, and Houston. Meanwhile, New York City’s black population fell by 67,709, Chicago’s by 58,225, Detroit’s by 37,603, and Los Angeles’s by 85,025. But plenty of the migrants have been moving from cities to suburbs. “By 2000 there were fifty-seven metropolitan areas with at least 50,000 black suburbanites, compared to just thirty-three in 1980,” notes sociologist Andrew Wiese. The 2010 census revealed that 51 percent of blacks in the 100 largest metro areas lived in the suburbs. As journalist Joel Garreu describes it, suburbia now includes a “large, churchgoing, home-owning, childbearing, back-yard barbecuing, traffic-jam-cursing black middle class remarkable for the very ordinariness with which its members go about their classically American suburban affairs.”

The black suburban push has resulted in a decline in residential segregation. A recent Manhattan Institute report by Jacob Vigdor and City Journal contributing editor Edward Glaeser finds that America’s cities are more integrated than they have been since 1910 and that all-white neighborhoods in urban areas are virtually extinct. Black movement to the suburbs explains much of the decline in segregation, the report concludes. Similarly, a Brookings Institution report notes that in more than 90 of the 100 largest metropolitan areas of the U.S., black residential segregation has declined. The departure of blacks from the cities has separated the haves from the have-nots. White prejudice no longer forces middle-class and upwardly mobile blacks to live alongside the truly disadvantaged.

Four factors help explain the Great Remigration. The first, and arguably most important, is the push and pull of job markets. States in the Northeast and on the West Coast, where liberalism has been strongest, tend to have powerful public-sector unions, high taxes, and heavy regulations, which translate into fewer private-sector jobs. In southern locales, where taxes are lower and regulations lighter, employment has grown faster; the fastest-growing cities for job creation between 2000 and 2010 were Austin, Raleigh, San Antonio, Houston, Charlotte, and Oklahoma City. As Texas governor Rick Perry eagerly pointed out when campaigning for the Republican presidential nomination, the Lone Star State was home to 40 percent of the jobs created in the United States since June 2009. For upwardly mobile blacks, the job-creating South represents a new land of opportunity. (And the current tightening of government budgets in debt-burdened northern cities will also mean fewer opportunities in public employment, long a niche job sector for black Americans.)

The second reason for blacks’ southward migration is the North’s higher housing prices and tax rates. The 2010 median single-family home price in northeastern metro areas was $243,900, compared with $153,700 in southern metro areas, according to the National Association of Realtors. New York and New Jersey have some of the highest property taxes in the nation, with Illinois not far behind; property taxes across the South are much lower. Overall cost of living also tends to be higher in the urban North. According to a CNN Money cost-of-living calculator, one needs only $33,000 a year in Atlanta to live the way someone making $75,000 in Manhattan does. Groceries, utility bills, housing, and health care cost less south of the Mason-Dixon Line. Though all these costs make life difficult for the middle class, regardless of color, they pose a particular challenge to black families. During the difficult years from 2005 to 2009, according to a recent Pew survey, inflation-adjusted wealth fell by 16 percent among white households but by 53 percent among black ones.

Third, high taxes in northern cities don’t always translate into effective public services. Public schools are a prime example: though class sizes have shrunk and average per-pupil spending has increased markedly over the last three decades, schools with large black populations continue to perform poorly. In search of a solution, blacks have become more amenable than other groups to experiments with vouchers and charter schools. In 2009, a survey conducted by Education Next and Harvard’s Program on Education Policy and Governance found that 57 percent of blacks either completely or somewhat supported school choice, while only 28 percent of whites did. In a 2011 Rutgers-Eagleton Poll, only 31 percent of whites said that they would send their children to a charter school, compared with 48 percent of blacks.

Finally, many of the blacks moving to the South are retirees who, like other older Americans, are seeking places with better weather. In the 1990s, Florida’s Broward County, home to Fort Lauderdale, attracted 8,875 older black migrants—more than any other U.S. county, according to sociologists Calvin Beale and Glenn Fuguitt. Over the past decade, Florida attracted more black migrants than any other state. Reporting from USA Today suggests that in the Palm Coast metro region, which saw the fastest black population growth in Florida, northern retirees—including many former public employees—accounted for most of the new arrivals. Beale and Fuguitt found that black retirees were moving not only to classic retirement destinations but also to “a cross-section of southern counties from which thousands of blacks migrated during the exodus from farming in the 20 years or so after World War II.” Many of them may be responding to what anthropologist Carol Stack describes as a “call to home.”

The political consequences of that summons may soon become apparent—though not in the North, where those left out of the middle-class expansion will remain and where the traditional liberal solutions to social problems will doubtless continue to be peddled. In the South, however, as the shared experience of discrimination abates and as more middle-class blacks succeed, the gap between the reality of their lives and the old political rhetoric may become too wide to ignore. “In neighborhoods offering the resources and opportunities that facilitate future socioeconomic mobility,” writes Harvard political scientist Claudine Gay, “the likelihood of believing that one’s fate is closely linked to the fate of blacks as a group declines, and pessimism about the severity of antiblack discrimination recedes.”

At the moment, black Americans are among the most reliable Democratic voters. As a group, they constituted 13 percent of the electorate and approached unanimity (95 percent) in voting for Barack Obama in 2008. As they move south and presumably bring their liberalism with them, they may help shift the political balance of power in these conservative states. Alternatively, as they move to states with better business climates, they may see their upwardly mobile and business-friendly attitudes reinforced. They may then slowly shift to the right, even if they remain Democrats.

The most important barrier standing in the way of a new black politics is majority-minority districting for congressional and state legislative seats. The 1965 Voting Rights Act has evolved into a mechanism for facilitating the election of black Americans to public office in rough proportion to their numbers in the population (see “Redistricting Wars,” Spring 2012). To achieve this result, the law mandates that blacks be shunted into districts where they constitute a majority—so-called majority-minority districts. But as Abigail Thernstrom and others have shown, majority-minority districts create safe seats, reduce voter turnout, and produce legislators well to the left of the national norm. These politicians develop voting records that cannot attract broader support from whites, and it becomes difficult for them to leave the legislature and run for statewide office.

But the barrier erected by majority-minority districting may be falling. As blacks spread out residentially, it becomes harder to draw predominantly black districts. Further, increased numbers of black immigrants from Africa and the Caribbean are likely to change the equation, as their experience in the United States differs significantly from that of native-born blacks. The traditional grievance narrative doesn’t capture the imagination of entrepreneurial Nigerians in Houston or Somalis in Minneapolis.

New political attitudes among blacks also have trouble finding expression when black candidates are concentrated into one party. So some blacks may eventually decide to test their political fortunes outside the safe harbors of the Democratic Party—and that means becoming independents or even joining the GOP. Recently, Republican members of ethnic minorities have had more success than their Democratic counterparts in winning office in states and districts with white voting majorities: think of Congressmen Tim Scott (South Carolina) and Allen West (Florida), Senator Marco Rubio (Florida), and Governors Bobby Jindal (Louisiana), Nikki Haley (South Carolina), and Susana Martinez (New Mexico). That trend could coincide neatly with the southward migration of middle-class, entrepreneurial black Americans. The South, then, in addition to holding more economic promise for blacks, could soon offer them greater political opportunity as well—and, in the process, transform the two parties’ long-established racial dynamics. 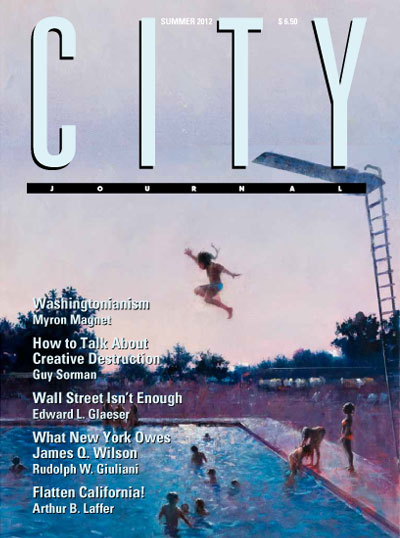 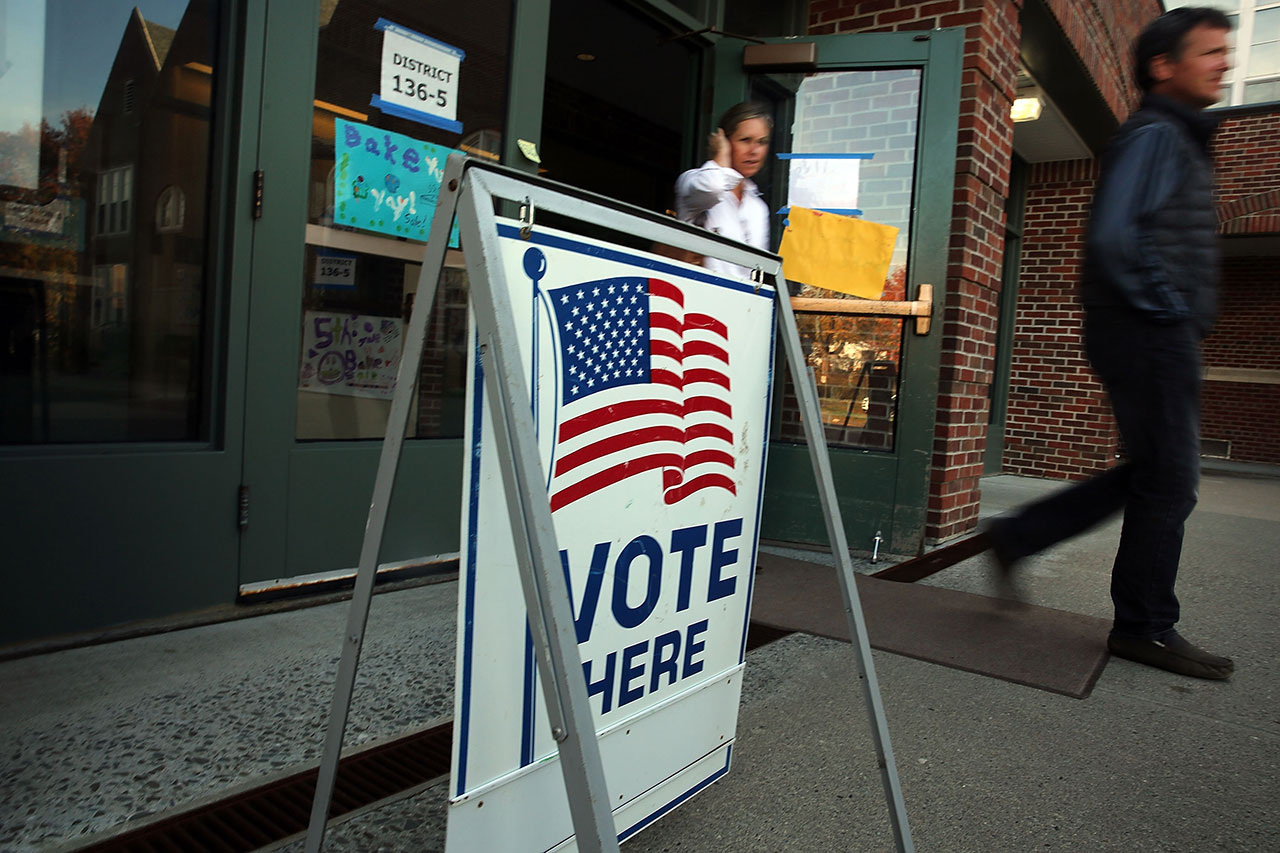 Daniel DiSalvo A new book argues that the problem with the U.S. political system is not insufficient participation but weakened parties.
More on