Good Luck With That

Oprah Winfrey’s speech at the recent Golden Globe awards captured an ambiguity haunting the spirit of the #MeToo movement. Alongside justified outrage at long-standing abuses of power, something more revolutionary gleamed forth. “We have all lived for too long in a culture broken by brutally powerful men,” Winfrey said. As the camera rolled over moist eyes, the standing ovation grew deafening. Then, in a voice warbled with passion, she proclaimed, “a new day is on the horizon!” The #MeToo movement seems unsure if it really wants to know what went wrong with so many talented men, who ought to have been trusted role models and leaders. It’s far easier to cut this Gordian knot: the abuse of power by men becomes impossible if men no longer wield power, period.

This sounds both radical and implausible, until we read the Cambridge classicist, BBC “telly don,” and feminist Mary Beard. Her bestselling new book, Women & Power: A Manifesto, has delighted many by extending #MeToo backward, to the dawn of civilization. Scattering literary and personal anecdotes along the way, Beard guides us down a path of purported horrors stretching from the Homeric birth of the Western canon to the latest tweeted obscenity.

As to what went wrong, Beard’s answer is unambiguous: “This point is simple but important: as far back as we can see in Western history there is a radical separation—real, cultural and imaginary—between women and power.” Her solution, left intentionally vague, is to reformulate “the very notion of leadership” so that it will flow naturally into female rather than male hands. If Oprah Winfrey can set off semi-credible speculation about a presidential run while claiming that “speaking our truth is the most powerful tool,” then Beard’s argument here is certainly worth trying to understand.

The first of the manifesto’s two parts, on “the public voice of women,” takes on power’s relation to verbal “tone and timbre.” Three thousand years of Western prejudice have assigned political power exclusively to the audible male voice, Beard maintains. From Homer onward, she argues, our culture has been built on a refusal to grant authority, or “muthos,” to the higher pitch of women’s voices. Beard’s manifesto opens with an episode from Homer’s Odyssey, in which Penelope finds herself alone and threatened in the midst of a horde of suitors, squatting in her house and consuming her wealth. Teenage Telemachus tells his mother—who objects out of weary bereavement to hymns honoring her absent husband, Odysseus—to be silent and resist. It is his first step toward coming of age and expelling the predatory suitors; at least, that’s the way millennia of readers have interpreted it. Beard, however, reads Telemachus’s action as “the first example in the Western canon of a man telling a woman to shut up.”

Switching from portrayals of women in the classical literary tradition to contemporary culture, Beard says that women in power are more subject to vituperation than men. As an example, she mentions the Hilary Clinton-as-Medusa images in circulation during the 2016 presidential election. Beard seems not to have noticed that we live in an age of ubiquitous obscenity, which—combined with extreme partisanship—makes for ugly political theater. Nobody, man or woman, who takes the public stage is spared.

But Beard sees no difference between the last presidential campaign and Homer. Telemachus, in her view, was culturally conditioned to “silence the female of the species”; since then, nothing has changed. “It is still the case,” she writes, “that when listeners hear a female voice, they do not hear a voice that connotes authority.”

Beard takes it for granted that few significant differences exist between men and women, except perhaps for vocal pitch, and that “there is no neurological reason for us to hear low-pitched voices as more authoritative than high-pitched ones.” So she calls for us to be reprogrammed—she doesn’t say by whom—so that we can better appreciate higher strains. Her disturbing prescription: “modern Penelopes” must put in their place not their husbands, but their sons. Perhaps after a generation or so, wise old Nestor, “from whose mouth the voice flows sweet” (as Homer put it), will quit mansplaining and listen a bit more.

It takes a peculiar ear to hear the silenced timber of women’s voices and yet remain deaf to any larger civilizational lessons of antiquity. Beard encourages us to study Roman misogyny, but dismisses the (scare-quoted) “‘collapse’” of Rome as having “little to tell us about the ups-and-downs of modern geopolitics.” It is all of a piece: intended or not, civilizational sabotage runs like a hidden thread between Beard’s reading of the Odyssey and her infamous post-9/11 public reflection that the West deserves terrorism.

Part Two of Beard’s manifesto addresses the idea of leadership. She reprints a dismaying litany of obscenities directed at her on social media, then turns seamlessly to the subject of complacent and entitled men in the workplace: “If there’s one thing that bonds women of all backgrounds, of all political colours . . . it is the classic experience of the failed intervention; you’re at a meeting, you make a point, then a short silence follows, and after a few awkward seconds some man picks up where he had just left off.” It seems questionable, at least, that this experience is universal, and absurd that it could be the “one thing that bonds” all women. Perhaps the man whom Beard interrupted in this anecdote was in the process of making a point, and what appeared to her to be toxic mansplaining was simply his innocuous effort to resume his argument after she interrupted him. Beard finds in this and similar incidents justification for her ivory tower project of reengineering men’s and women’s sense of what is appropriate. “I would like,” she says, “to pull apart the very idea of ‘leadership’ (usually male) that is now assumed to be the key to successful institutions, from schools and universities to businesses and government.”

She dismisses talk of a female “power grab,” but concedes that, by her lights, “gradualism is likely to take far too long.” The gender Rubicon lies just ahead, and Beard wants to marshal an immediate crossing: you, me, everyone. And if that means “fewer men get into the legislature, as it must do—social change always has its losers as well as its winners—I am happy to look those men in the eye.”

Beard never fully explains how victory will be achieved. How will women achieve radical advancement by pulling apart the “very idea of ‘leadership’” without exercising traditional leadership themselves? Beard does not want women to achieve power, for example, by “consciously aping aspects of male rhetoric.” Apparently masculine authority, properly redefined and chastened, will curtsy before the soprano. At its heart, what Beard proposes is civilizational reconstruction: “If women are not perceived to be fully within the structures of power, surely it is power that we need to redefine rather than women?” But she refuses to draw the unavoidable conclusion of her logic: it will certainly prove necessary to redefine men.

Women & Power suits the unsettled, unmeasured tenor of our times. Here is the French revolutionary spirit of “forcing men to be free” (in Rousseau’s formulation) but without obsolete appeals to “freedom,” “force,” or “men.” “We have no template for what a powerful woman looks like,” says Beard. (Nor much of one, Beard fails to remark, when it comes to a modest women or a decent man.) Does the #MeToo movement offer an inspiring model of male or female authority and dignity? This is surely a moment of moral reckoning; the old codes are being broken. It might be wise to consider what we will have left when the dust settles. Many well-meaning women and men share Mary Beard’s frustrations and her hope for something better. Male leadership is obviously in crisis. Beard, like #MeToo, exudes a vague revolutionary energy, but her solution—disclaimers notwithstanding—is nothing more than a “power grab.” 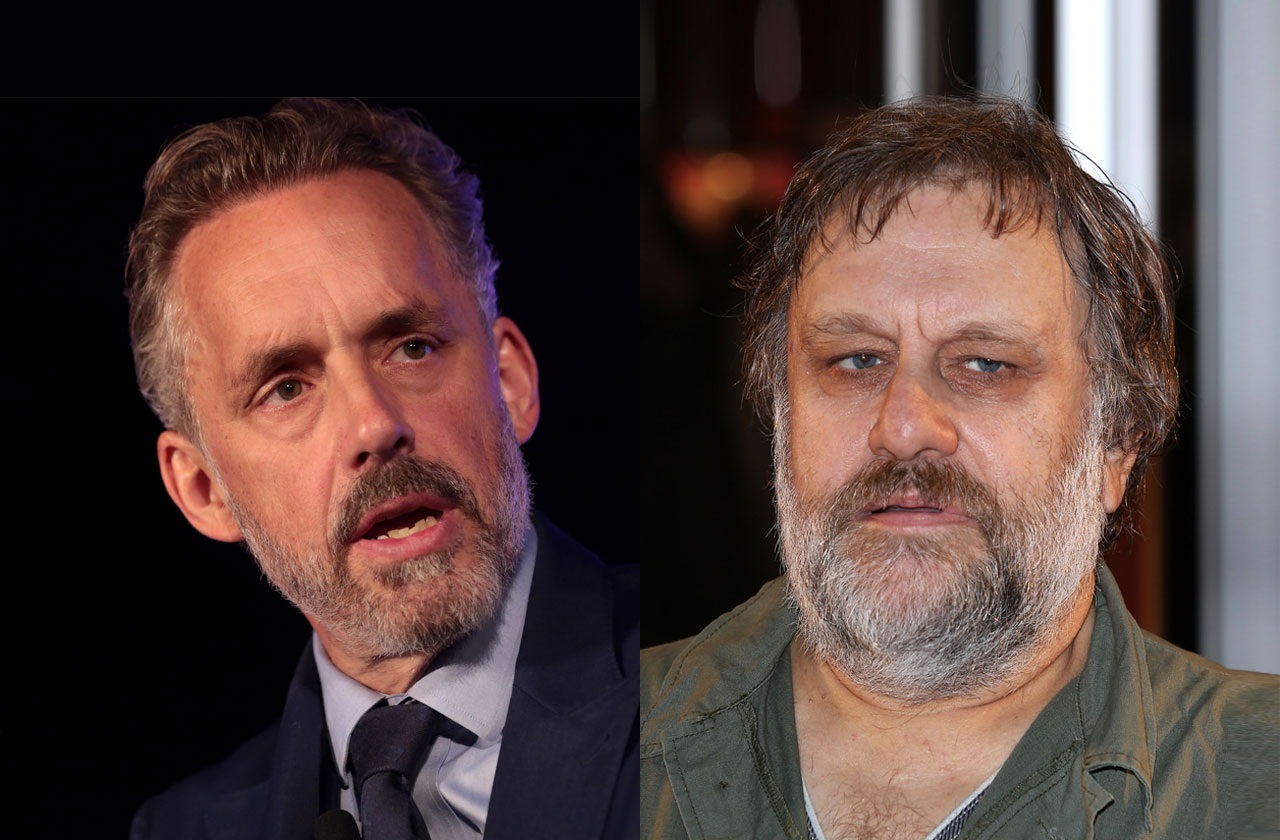 Battle of the Titans

Joanna Baron The entrepreneurial philosopher has drawn a mass audience—and fierce critics—with his practical prescriptions for living meaningfully.
More on