The recently announced departure of New York City-based Alliance Bernstein for Nashville, taking more than 1,000 jobs with it, suggests a potential loosening of New York’s iron grip on the financial-services industry. Yet the move reflects a longer evolution that has seen financial firms leave not only New York but also other traditional centers—what one historian calls the “Yankee Empire”—that for two centuries dominated banking, insurance, and investment capital.

This process is driven, in large part, by cost considerations. The cost of living in Nashville is just 58 percent that of New York, an important differential for younger workers looking to buy houses and start families, and one likely to widen with the new federal limits on state and local tax deductions. In addition, pension-driven fiscal realities may force states like New York, Illinois, and California to keep raising revenues.

Other forces are at work, too, notably demographic shifts to Sunbelt states and the growing influence of technology companies on finance. Jobs in industries like information technology and business and professional services are fleeing the old centers outside of New York, which is holding its own better than the rest. But the stagnation, and even decline, of financial-services jobs, at a time of high profits, represents a serious threat to regions losing out on job creation in these other sectors as well.

Alliance-Bernstein notwithstanding, New York is not close to losing its hegemony over finance. With 472,000 employees in that industry, the city dwarfs all its competitors, including runner-up Chicago, where finance employs 264,000. Finance jobs in New York, according to Pepperdine University’s Michael Shires, have grown at a respectable 11 percent since 2009, though the pace has slowed more recently, last year increasing by only 1.6 percent. New York might be losing ground and market share, but the industry as a whole is not shrinking, at least for now. And New York’s traditional rivals in this sector—Chicago, Boston, and Los Angeles—have been struggling. Since 2009, Chicago’s financial job growth has been barely 5 percent, less than half of New York’s. Los Angeles, home to the fourth-largest agglomeration of finance workers, also did poorly, while Boston did even worse, actually losing finance jobs last year.

The big winners—as Alliance-Bernstein’s move demonstrated—have been overwhelmingly in the low-cost, low-density Sunbelt. With reasonable taxes, more affordable home prices, and expanding residential populations, these areas are becoming financial-industry giants, even if they lack large, locally based companies. Among the global financial firms relocating operations to these less costly locales are UBS, Deutsche Bank, Morgan Stanley, and Goldman Sachs.

The next potential financial superstar is the Dallas area, now boasting the country’s third-largest concentration of financial workers and likely to supplant Chicago from second place in the near future. Last year, the Dallas Morning News suggested that “Y’all Street” may soon replace Wall Street as the U.S. financial capital. That’s a bit of a stretch, but between 2009 and 2017, Dallas did expand financial employment by 30 percent—three times New York’s rate and more than six times that of Chicago or Los Angeles. With rapid population growth, low taxes, moderate housing prices, and a premier strategic location between the coasts, Dallas has much going for it. Last year, Texas overtook New York for the most banking and insurance jobs among the states; in 2005, New York had led by almost 100,000 jobs.

Dallas is not alone. Since 2009, Nashville, San Antonio, and Phoenix—winner of new jobs from employers like USAA, State Farm, and Charles Schwab—have experienced financial-services growth rates greater than 30 percent. Charleston, Charlotte, Durham-Chapel Hill, Raleigh, and Greenville have all seen their financial workforces expand by more than 20 percent. Florida, which shares a time zone and many cultural ties with New York, is a financial-services hotbed, with Jacksonville, Miami, Tampa, and Orlando all experiencing growth rates two times that of Gotham.

The other region clearly capitalizing on the outbound trend is the Intermountain West. The epicenter here is Utah, notably St. George, Provo, and especially Salt Lake City. All enjoyed 25 percent growth since 2009, with Salt Lake City emerging as a growing center for international banking, in large part due to the area’s language capabilities, an outgrowth of Mormon missionary activity. Salt Lake City has become Goldman Sachs’s fourth-largest global hub; the firm now employs more people there than in any U.S. location outside New York. All indications are that the financial-services presence in Utah will continue growing.

With the Internet reducing the need for close communication for many transactions, and powerful migration trends among millennials to Sunbelt and Intermountain West locales, the expensive, heavily regulated, high-tax financial bastions in New York and elsewhere can expect mounting competititon. Nor is this just a matter of low-paying back-office jobs; investment banks like Alliance-Bernstein, Morgan Stanley, and Goldman Sachs are moving well-paid professional personnel into their new outposts. In places like Charlotte, veterans of large concerns like Bank of America are setting up boutique investment banks of their own. We can expect more of this kind of activity in places like Dallas, Nashville, and Salt Lake City as well.

Another challenge for the old-line financial centers, and just as daunting, emanates from Silicon Valley. Finance appears to be yet another industry ready for “disruption”—and the primary beneficiary will not be New York but San Francisco, another financial heavy-hitter. Long a major banking hub, the city, increasingly an annex of Silicon Valley, enjoyed the fastest growth, almost 19 percent since 2009, of any of the traditional financial centers. San Jose followed closely behind, with a 16.8 percent increase.

Increasingly a business service and media hub, Silicon Valley/San Francisco is no longer just geek central. As long ago as 2015, JP Morgan Chase CEO Jamie Dimon warned that “Silicon Valley is coming” after New York’s core business. Home to many rising “fintech” companies, the Bay Area already counts established firms like Apple, Square, and Paypal that are ideally suited to the new phone-based payment system. Talent that might have headed to Wall Street or LaSalle or State Streets is instead going to San Francisco’s Montgomery Street or the dominant venture-capital region around Palo Alto and Menlo Park. Financial employment is rising in other tech centers, too, notably in Austin, where financial-sector growth topped 39 percent. California-based PIMCO, the nation’s largest bond fund, recently announced plans to site its expanding data and analytics operation in the Texas capital—not in Orange County, long a center for tech and data analysis.

The changing nature of the financial and tech industries, along with the appeal of lower-cost regions for these industries, poses a threat to long-established finance centers like Boston, Chicago, and New York. In these traditional hubs, banking and finance have long been producers of both high-paying jobs and generous revenues for overspending urban regimes. Legislators in old-guard cities should take a long look at the policies that are driving these jobs away presently—and perhaps permanently.

Joel Kotkin is the presidential fellow in urban futures at Chapman University and executive director of the Center for Opportunity Urbanism. His latest book is The Human City: Urbanism for the Rest of Us. 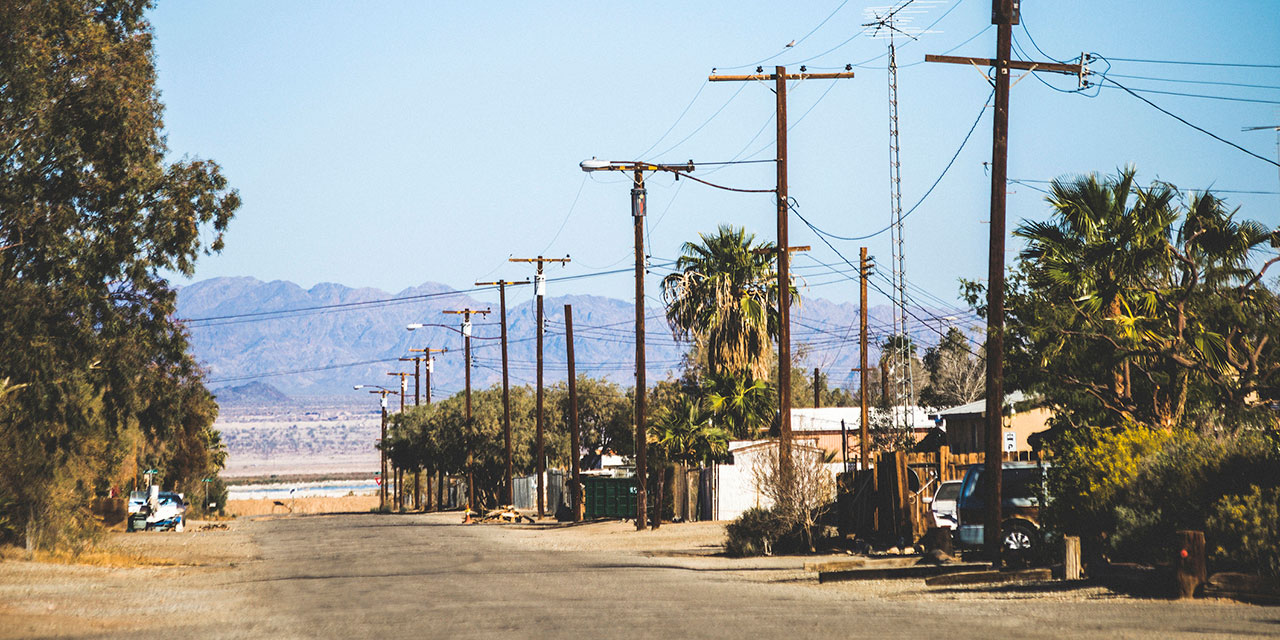 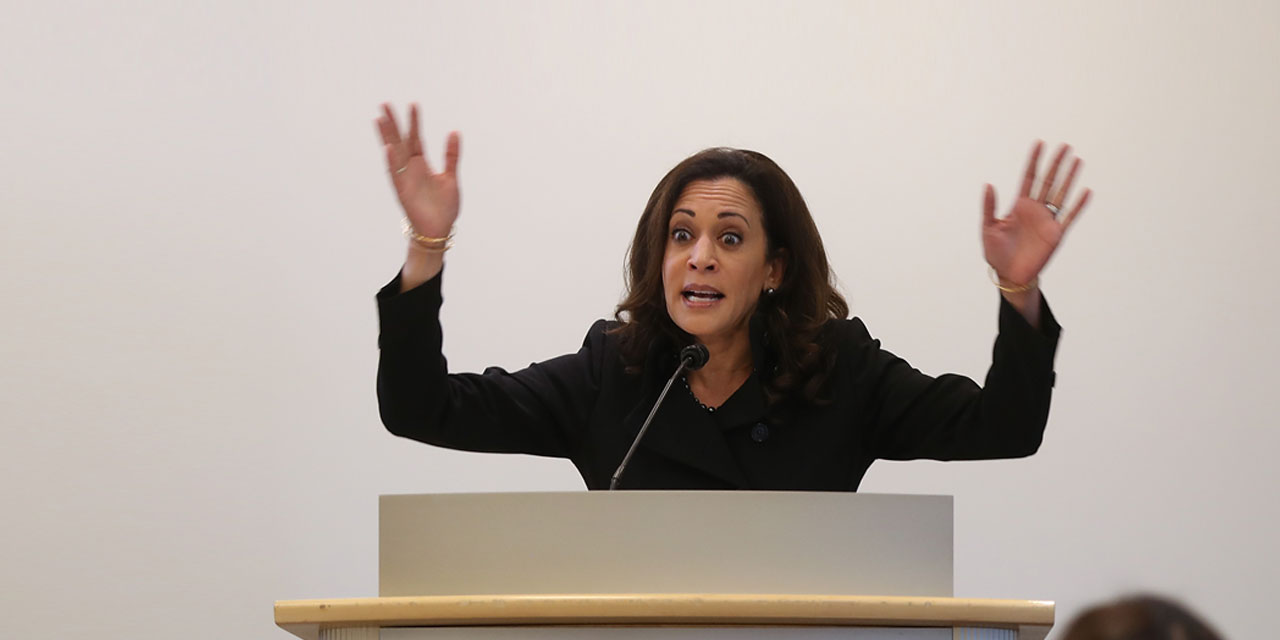 Joel Kotkin Leaders offer platitudes and counterproductive policies rather than opportunities and better living standards for the state’s minorities.
More on