A video that made the rounds this weekend appeared to show President Obama encouraging illegal aliens to vote. In his initial response to actress Gina Rodriguez’s provocatively worded question/statement implying that “contribution” to the system establishes citizenship, Obama said, “When you vote, you are a citizen yourself.” Though he went on to affirm that non-citizens “can’t legally vote,” the exchange highlighted the perennial issue of voter fraud.

Every election, progressives and Democrats dismiss Republican claims of voter fraud as isolated incidents, too disaggregated to affect the outcome. Nonetheless, stories about voter and electoral fraud persist. Analysts have found thousands of cases of non-citizen voters on the electoral rolls, which work on the honor system and rely on the applicant to affirm eligibility to vote. Three years ago, New York City’s Department of Investigation carried out a test of the integrity of the city’s voter rolls, sending investigators to poll sites to present themselves as dead people or incarcerated felons who were nonetheless still registered to vote. In 61 out of 63 cases, the testers were easily able to cast illegal votes. In response, the Board of Elections called for prosecution . . . of the DOI, for voter fraud and for violating the civil rights of the impersonated felons.

Recent hidden camera footage emerged showing Alan Schulkin—one of Manhattan’s two election commissioners—asserting that local elections are beset with rampant fraud and that campaigns routinely bus people to poll sites to vote multiple times. Numerous enraged politicians, including Mayor Bill de Blasio, demanded Schulkin’s resignation for his insult to the electoral process, and more particularly, for disparaging New York City’s “IDNYC” card, a municipal photo identification card issued to any resident of the city, regardless of immigration status. According to Schulkin, the IDNYC card can be abused for purposes of illegal voter registration. On the video, he bemoaned the lack of voter ID requirements in New York.

To listen to liberals, one would think that most Americans were born around 1880 in the Dakotas, and the only proof of their identity is a faint inscription in a family Bible. It strains credulity that so many people lack photo identification, when virtually any modern transaction requires its display. Forget about airplane flights, driving a car, or opening bank accounts, which are arguably middle-class or non-penurious pursuits; try entering a public school or municipal building in New York City without a photo ID and see how far you get. Moreover, poor people and old people can get non-driver state-issued photo ID for at most $13, and in many cases for no charge.

Any call for the prevention of voter fraud, no matter how anodyne, is spun around and called an effort at voter suppression, which—unlike fraud—is understood to operate on a grand scale and result in the effective disenfranchisement of tens of millions of people. Voter suppression is said to occur at virtually every level of the political system, from the failure of some states to establish early voting to the makeup of the Electoral College.

For example, reports that the Donald Trump campaign plans to dispatch watchers to poll sites are cited as paramilitary attacks on democracy. How hostile poll-watchers could hand pennsylvania to trump, says Politico; Trump is recruiting an army of poll watchers. It’s even worse than it sounds, warns Mother Jones. In fact, poll watching is an integral part of our process, and both sides assign certified observers to make sure that the poll-site officials are doing their job correctly. Poll-watchers are not empowered to challenge voters directly or to tell anyone what to do.

Claimants of mass voter suppression are hard put to explain how it is that, in 2012, the percentage of black voters turning out exceeded that of white voters for the first time. Presumably, one would expect that widespread efforts at keeping blacks from voting would have minimized their turnout, not the opposite. This year, when black turnout is anticipated to decline as a result of low enthusiasm for Hillary Clinton, expect voter suppression to be brought forth as the reason.

“Voter suppression” is similar in this sense to “disparate impact”—the assumption that any negative outcome for a protected class is proof enough to demonstrate inequality of opportunity. In both cases, the result is all the evidence one needs to demonstrate that some malice was perpetrated; the effect is its own proof. So whereas voter fraud is always understood to be nonexistent, and therefore one need never bother looking for it, voter suppression is assumed to be ubiquitous, and therefore self-evident. ​ 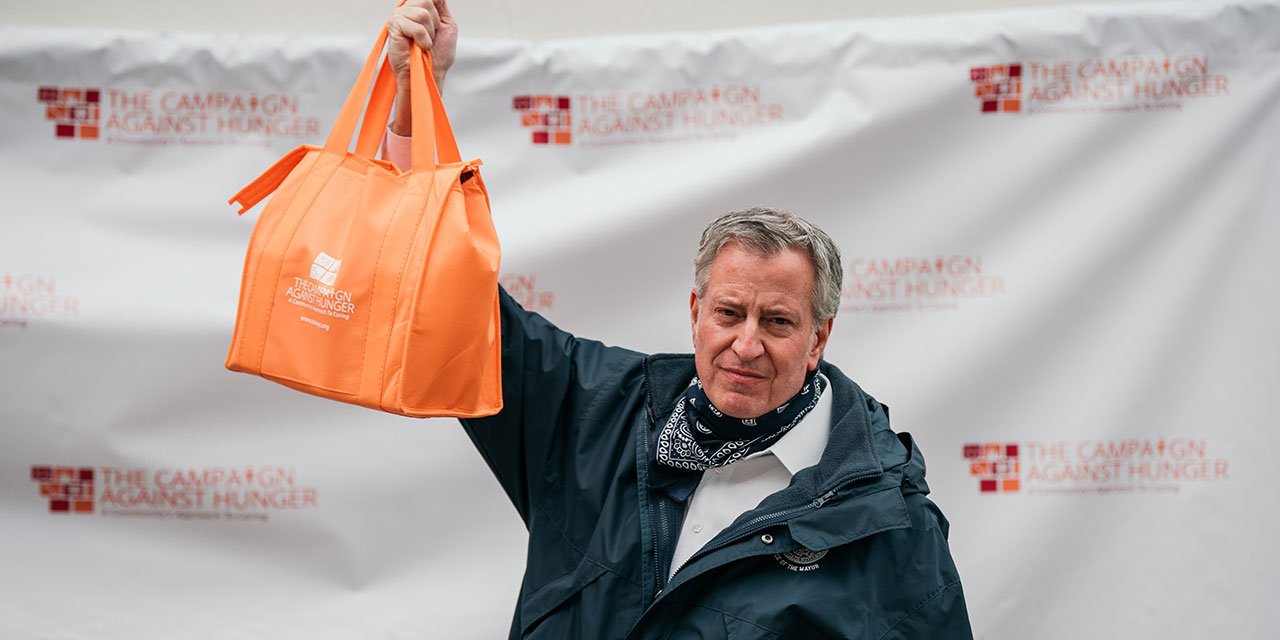 Seth Barron New York City faces a massive fiscal crisis and a private economy in tatters, but all Bill de Blasio seems to care about is preventing public-employee layoffs.

Seth Barron One senses order slipping away.
More on