The Democratic Party at Prayer

Every presidential election produces a series of articles probing and prophesizing about the so-called “Jewish vote.” This year has been no different, with most observers agreeing that the majority of Jewish-Americans will vote Democratic.

Why are the ballots cast by Jewish-Americans, just 2 percent of the population, of such importance to politicians (and would-be politicians)? First, relative to their community’s small size, Jews contribute a disproportionate amount of money to political candidates and causes. They give half of the funds received by the Democratic Party and one quarter of the funds received by the Republican Party, according to American history professor Gil Troy. Second, many Jews live in the swing states of Florida (846,700 of 19.9 million), Pennsylvania (324,700 of 12.8 million), Ohio (173,700 of 11.6 million), and Michigan (105,200 of 9.9 million). And third, Jews tout a stellar turnout record—80 percent, on the word of several sources.

It sometimes feels, nonetheless, like many campaigns are stuck in a time warp, or rather an alternate universe. They’re spending thousands of dollars—and in some cases millions—to sway Jewish voters chiefly based on the false notion that Israel is really important to Jewish-Americans. Israel might have been somewhat important to Jewish-Americans in the past. The times, however, have changed.

The relevance of Israel to mainstream Jewish-Americans will further diminish in the coming years due to various secularizing factors. Recent years have seen profound assimilation and a prominently high rate of marriage outside the faith among non-Orthodox Jews. (Since 2000, the rate has been over 70 percent.) Additionally, the “donor generations” of Jewish-Americans, those who were old enough to remember the existential crises of the 1967 Six-Day War and the 1973 Yom Kippur War and who chiefly fund Zionist institutions, are growing old. They were the last Jewish-Americans raised when Israel was broadly viewed as a “David,” a valiant democratic-socialist experiment, rather than a “Goliath,” a repressive neo-imperialist undertaking.

Indeed, the Pew Research Center’s landmark 2013 survey, “A Portrait of Jewish-Americans,” found that caring about Israel was vital to Jewish identity for approximately half of Jews aged 65 and older. By contrast, only about a third of Jews under the age of 30 expressed that same sentiment. It’s also estimated that Jews constitute at least 20 percent of the Boycott, Divestment, and Sanctions Movement. And take what you will from this: American Jewry was virtually split down the middle over the Iran nuclear deal. Perhaps more strikingly, Jewish support for the deal was 20 percentage points higher than for Americans overall.

If not Israel, what does fire up Jewish-Americans? In short, the Jewish precept of tikkun olam (“repairing the world”), construed by modern mainstream denominations to mean “social justice.” This isn’t surprising, given American Jewry’s perennial penchant for liberalism. The 1920 presidential election was the only contest for the White House in recorded history in which the Republican candidate bested the Democratic candidate among Jewish voters. And that was because the socialist candidate, Eugene V. Debs, trounced the Democratic candidate, Ohio governor James M. Cox, capturing 38 percent of the Jewish electorate to 19 percent.

When Pew asked three years ago, “What’s an essential part of being Jewish?,” “caring about Israel” (43 percent) was rather handily beat out by “leading ethical/moral life” (69 percent) and “working for justice/equality” (56 percent). So Israel shouldn’t be thought of as the litmus test for whether particular counties or even districts with substantial numbers of mainstream Jews will lean Left or Right. A far more accurate approach would involve posing questions about, for instance, Black Lives Matter, income redistribution, or gay marriage. If there is a dual loyalty among mainstream American Jewry, it doesn’t involve a tension between the U.S. and Israel. Rather, it involves a conscience-splitting conflict between the traditional liberalism of the postwar period and the identity-obsessed progressivism of the twenty-first century.

This begets a bigger problem for those interested in American Jewry and, specifically, its future. Surveys of Jewish-Americans, for the most part, rely upon what might be termed “denominational self-definition”—and it’s upon denominational self-definition that other findings are constructed. The overriding reason for allowing this is a widespread, internal taboo against delineating who is, and who isn’t, a Jew. But what can one objectively learn from the fact that, for example, 18 percent of Jewish Americans identify with Conservative Judaism? Some Conservative Jews attend synagogue every week, while others go to services (maybe) once or twice a year during the High Holidays. Observance, therefore, must be further measured and categorized because Judaism, unlike most of Christianity, orders practice—adherence to tradition and spiritual law—before faith.

Reform Judaism, the largest Jewish denomination at about 35 percent of American Jewry, is of course free to interpret and promote Judaism as a religion that commands its followers to recycle, save whales, and support reproductive rights. But even its most adamant proponents should recognize that such universalizing inevitably makes Judaism less uniquely Jewish and, thus, less distinctly significant as a political phenomenon. Pragmatically, pundits and pollsters who want to understand American Jewry ought seriously to consider the following: the political behavior of the overwhelming majority of Jewish-Americans is in no way substantively different than that of secular liberals of any other religious background. Norman Podhoretz, former longtime editor of Commentary, has suggested as much, calling Reform Judaism “the Democratic party platform with holidays thrown in” and the services in a Reform temple “the Democratic Party at prayer.”

Personally, I’ve grown accustomed to Reform and even Conservative rabbis using—and arguably exploiting—the pulpit, especially during the High Holidays, to advocate for public policies virtually unilaterally endorsed by the Democratic Party (e.g., universal health care and gun control). Still, I was taken aback this year when a rabbi in my hometown used her sermon to preach the benefits and necessity of electing America’s first female president. I’m no constitutional scholar, but that action would seem to be a violation of her institution’s 501(c)(3) tax-exempt nonprofit status. Mainstream American Judaism, it appears, no longer even bothers to hide its ideological allegiance.

The failure—or, in certain cases, a conscious unwillingness—to draw connections between religious practice and cultural proclivities has yielded a muddled picture. What’s clear, however, is that the conventional conception of American-Jewish identity is becoming less useful each election cycle. A much more precise assessment would simply give greater weight to the reality that mainstream Judaism in the United States—as a religion—means, above all, devotedly pulling the lever for the Democratic Party. For when push comes to shove, social justice readily gets pushed to the front and Judaism and Israel promptly get shoved to the back.

Jonathan Bronitsky (@jbronitsky) is a political historian writing a biography of Irving Kristol, to be published by Oxford University Press. You can read his writings at jbronitsky.com. 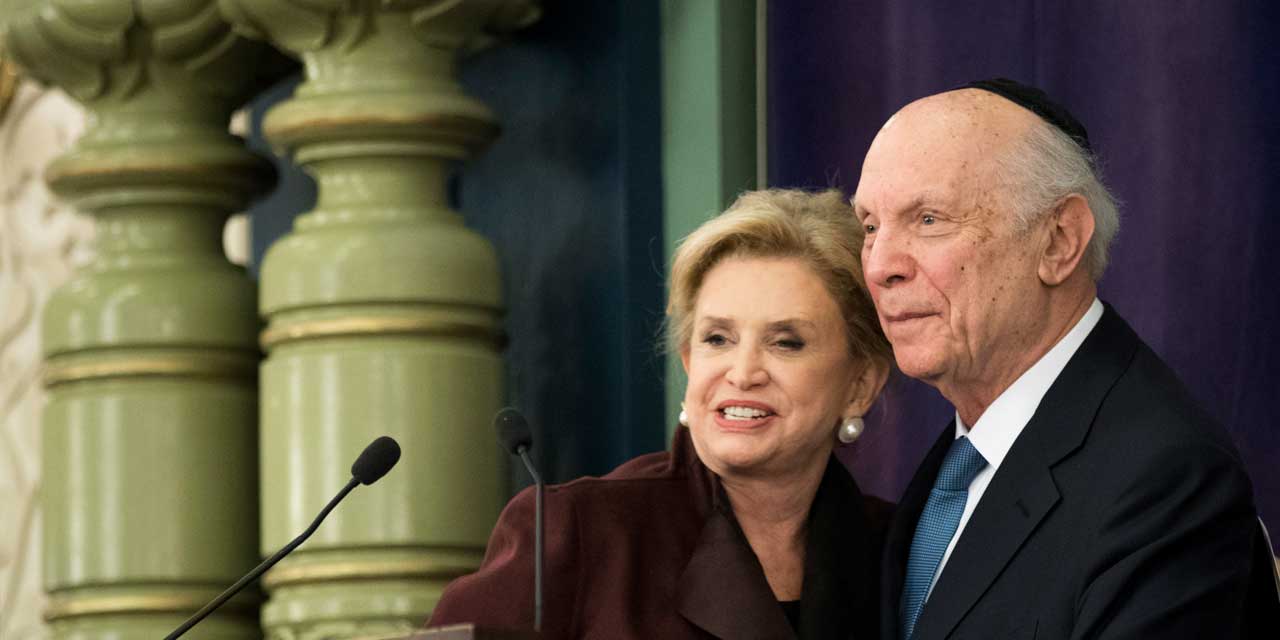 Put the Holy Back in “Holiday”