Death of a Booster 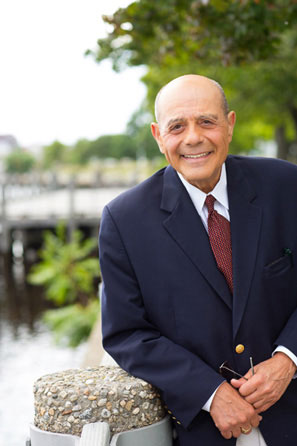 Current debates over urban political leadership tend to center around whether cities need Michael Bloomberg-style technocratic mayors or more ideological leaders like Bloomberg’s successor in New York, Bill de Blasio. Vincent “Buddy” Cianci Jr., the former mayor of Providence, Rhode Island, who died Thursday at 74, offered a third model—that of the urban booster. Best known for being a two-time felon, Cianci was nonetheless often an effective mayor. Providence would not have come as far as it has without him.

Former Brown University president Vartan Gregorian once remarked that Cianci, who was first elected mayor in 1974, took any insult about Providence personally. Though all mayors are boosters of their cities, Cianci took boosterism to rare heights because he really meant it. He was as confident about Providence’s greatness as he was about his own.

It wasn’t easy being an urban cheerleader in the mid-1970s. Providence in particular seemed headed in the same direction as Buffalo and Detroit. Its population fell by about 100,000 during the decades following World War II, and everything seemed to be going wrong. As Cianci would often recount, one of the first decisions he made after taking office was what to do about the monkeys that had recently escaped from the Providence Zoo. But by the end of his final term in office, in the late 1990s, Providence had acquired a reputation as a “comeback city.” Cianci oversaw most of the so-called Providence Renaissance involving several high-profile downtown-revitalization efforts, including uncovering formerly decked-over rivers and initiating the WaterFire summer festival series. These and other projects did wonders for civic pride.

Cianci was a complicated man. Indulging in goofy showmanship—he launched his own brand of marinara sauce—he could also be a devious Machiavellian. At times, he seemed to have been born without the capacity for self-control. He resigned from office twice because of criminal convictions. In 1984, he pled guilty to assaulting a former supporter whom Cianci claimed had cuckolded him. Undaunted, Cianci ran a dramatic comeback campaign in 1990 with the slogan, “He never stopped caring about Providence.” In a tight three-way race, Cianci won by only 317 votes. Following his revitalization successes, he ran unopposed in 1998. But in 2002, while preparing to run for his seventh term, he was forced to resign again after being convicted on a federal racketeering charge.

In his 2011 memoir Politics and Pasta, Cianci is blasé about his criminal record and underhanded dealings—including holding up a permit for a new building at Brown until his nephews were admitted to the university. “I did that; I used my public power for personal reasons. I admit it. It probably wasn’t the right thing to do, but it certainly felt good,” he writes. He put a developer on the city payroll as an “artistic consultant to the city of Providence” in exchange for the developer’s agreement not to tear down what would become the Providence Performing Arts Center. One of his police commissioners committed suicide in response to pressure from Cianci to hire unqualified recruits. In addition to deepening Rhode Island’s longstanding reputation for corruption—no easy feat—Cianci, who raised taxes several times, left his city’s finances in shambles. Providence recently flirted with bankruptcy, thanks to a pension crisis that Cianci’s policies helped create.

His moral failings and volatile temper made Cianci many enemies among Providence’s elite. But Rhode Islanders are famously tolerant of public corruption. Cianci biographer Mike Stanton noted that toward the end of the trial that led to his racketeering conviction, a poll found that over half of Rhode Islanders believed him guilty, but 67 percent “felt he showed strong leadership.” After his release from prison, Cianci became a successful local radio host. His continued popularity prompted him to run for mayor one last time, in 2014, but he lost by seven points.

As a general rule, the more familiar people are with the details of the Providence Renaissance, the less credit they’re inclined to give Cianci. (Major financial support from federal and state governments was pivotal.) But in Providence: The Renaissance City, the most thorough study of the city’s comeback, Francis Leazes and Mark Motte conclude that “in addition to his invaluable boosterism, the mayor’s primary contribution in the eyes of many who were designing and implementing the projects was to know when not to say ‘no’ and then to get out of the way.” When the chips were down, Cianci knew the difference between boosting himself and boosting Providence.

Stephen Eide is a senior fellow at the Manhattan Institute’s Center for State and Local Leadership.

A History of Homelessness

Stephen Eide A new book takes an unsparing look at psychiatry's past and future.
More on