In the aftermath of last month’s shooting of Saheed Vassell, a mentally ill man menacing Brooklyn pedestrians with a tool that looked like a gun, Chirlane McCray conceded that “New Yorkers are right to ask if their city is doing enough to support [those] struggling with severe mental illness.” The answer is “no.” Continued tragedies prove that Mayor Bill de Blasio’s signature mental-health plan, ThriveNYC, is not helping those with the most serious mental illnesses.

The mayor and his wife have boasted about committing more than $850 million in funding over four years to ThriveNYC, which launched in 2015, but New York’s mental- health commissioner, Gary Belkin, admitted last year that just $165 million had been allocated to those with serious mental illness. Belkin has failed to specify how those funds were spent. In 2015, de Blasio also announced NYC Safe, a program specifically intended for the seriously mentally ill, who use a disproportionate amount of hospital or police services. But the city has published little data on the initiative other than to say that it is a small program, budgeted at $22 million a year.

In 2015, police received 150,000 calls about “emotionally disturbed persons,” or EDPs. In spite of, or perhaps because of, the mayor’s focus on the problem of mental illness, that number is now up to 165,000 calls. The mayor’s misallocation of mental- health spending has made police officers the first responders to incidents of acute mental illness, putting cops in the precarious position of negotiating with unstable individuals, who may be violent and irrational. These situations can be dangerous for everyone involved: of the 3,523 assaults on NYPD officers in 2016, 18.3 percent resulted from encounters with EDP. Last year, one of these encounters led to the death of Officer Miosotis Familia, shot by a schizophrenic man who had stopped taking his medication. And by offloading responsibility for dealing with the seriously mentally ill to the police, the city also puts patients at risk. Though the NYPD responds to the majority of EDP calls successfully and humanely, almost half of the department’s 501 Taser deployments in 2016 were in response to EDPs.

To address these issues, the de Blasio administration announced that it would convene a joint task force on mental health and criminal justice. But the mayor has convened such panels before and ignored their recommendations. The new task force will likely focus, as did its predecessors, on how to improve mental-health care within the criminal-justice system, rather than on changing the mayor’s policies, which effectively force the police to deal with the problem of widespread untreated mental illness.

New Yorkers should demand reform, which starts with funding the mental-health programs proven to work. De Blasio should ensure that families calling the city’s crisis hotline can get help right away, rather than being asked to wait two days and told to call police if it’s urgent. He should expand the use of Kendra’s Law, the most effective tool the city has in decreasing homelessness, incarceration, and hospitalization among those with serious mental illness. Kendra’s Law allows judges to place those with serious mental illness who do not comply with treatment and have a history of multiple arrests or hospitalizations, like Saheed Vassell, into mandated and monitored treatment for up to one year while they live in the community. The mayor should also allocate more supportive housing for the seriously mentally ill. ThriveNYC dedicates $3 million of the de Blasio administration’s overall $2.6 billion supportive housing program to people being released from jail, but not necessarily to the seriously mentally ill. A Manhattan Institute report recommends that two-thirds of the units from the New York City Supportive Housing plan be dedicated to homeless individuals with serious mental illness. Judge Matthew D’Emic of the Brooklyn Mental Health Court, a program that diverts the mentally ill from jails to treatment, cites lack of housing as the biggest challenge.

De Blasio should also fight the closure of 30 psychiatric beds at Allen Hospital in Inwood. There have been outcries from the community and opposition from local lawmakers, including Bronx Borough President Ruben Diaz Jr., State Senator Marisol Alcantara, Assemblywoman Carmen De La Rosa, and Councilwoman Diana Ayala, who chairs the city council committee on mental health. But the mayor has been silent.

New Yorkers want to see an end to the avoidable, tragic incidents of violence involving seriously mentally ill people who clearly need treatment. Up to now, though, de Blasio shows little interest in making the needed fixes to the city’s mental health system. Organizing yet another task force won’t solve the problem. 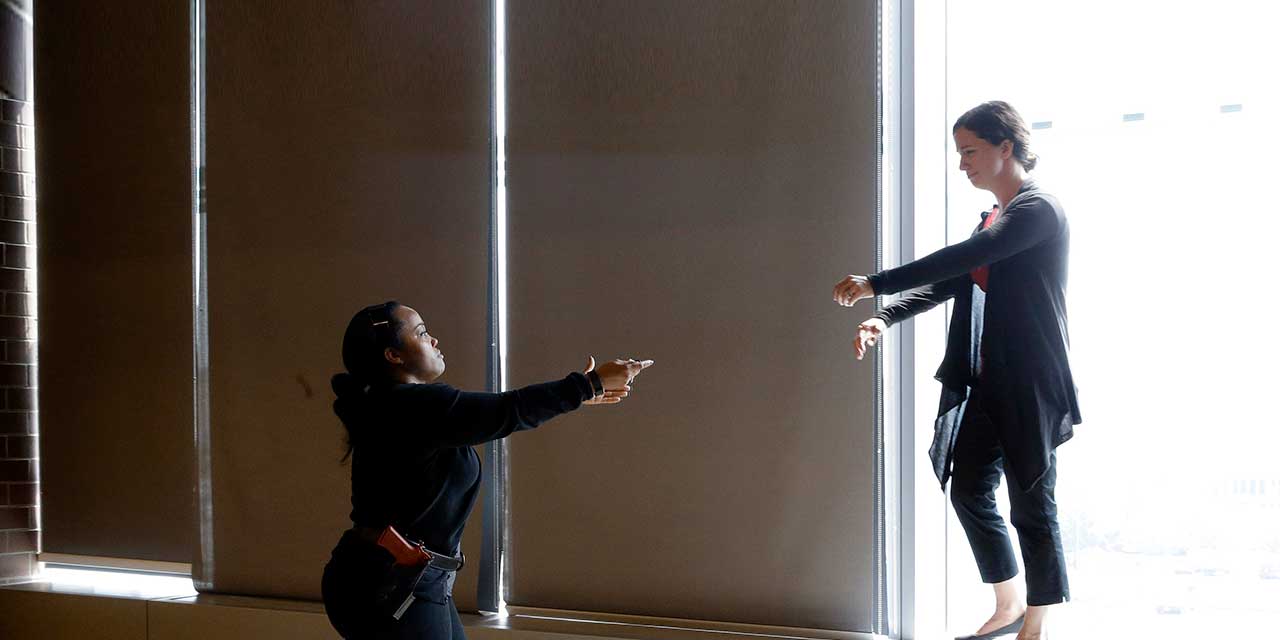 Stephen Eide, Carolyn Gorman Crisis Intervention Team training can help police defuse confrontations with the mentally ill—but it is no substitute for proper treatment.
More on