In Britain, we once prided ourselves—rightly—on our unarmed police force. The police were the servants of the law-abiding citizenry, nothing more and nothing less.

Recently, though, the police have become more militarized in manner and appearance. Increasingly, they look like an occupying army, festooned with the paraphernalia of repression. This is not to say that they are effective in suppressing crime, however. On the contrary: the more aggressive they look, and the more bullying they become, the less effective they grow.

I went to court the other day to give evidence in a criminal case. The courthouse crawled with policemen in bulletproof vests, toting submachine guns. I found this more menacing than reassuring, especially as the police recently have a record of shooting the wrong people.

I watched as the accused entered the dock. Another sign of the times: bulletproof glass protects the dock—and necessarily so. A man sitting next to me, whose physiognomy and deportment proclaimed him a member of the criminal classes, began to utter threats against the accused.

“When you get out, I’m fucking coming to fucking get you, you cunt,” he said, perfectly audible to the people in the court. He repeated the threat several times, and stared menacingly at the accused. The accused, who was mentally subnormal, turned away in fright.

Although it was not necessary, since everyone had heard what the man next to me had said, I drew the attention of court officials to his threatening activities. The officials did nothing, apart from the court clerk telling the man to desist, which he did—but only when, a little later, the judge entered. I subsequently became the object of his menacing regard.

That he had committed a crime in the very heart of the criminal-justice system, in front of many credible witnesses who could testify against him, and that no punishment followed, emblematized the paralysis into which not just the criminal-justice system but the entire public administration of Britain has fallen. Outside the courtroom door, police patrolled with submachine guns directed at a notional threat; inside, a man committed a common crime with complete impunity. It was almost as if the policemen were protecting him rather than the law-abiding public.

It is easy to imagine the emboldening effect of the man’s court experience. What fear need he have of a system too feeble even to demand obedience within its supposedly hallowed portals? I, on the other hand, had to look around as I left the court, in case he should be loitering with intent. Only the peaceful and law-abiding fear the law in Britain today. 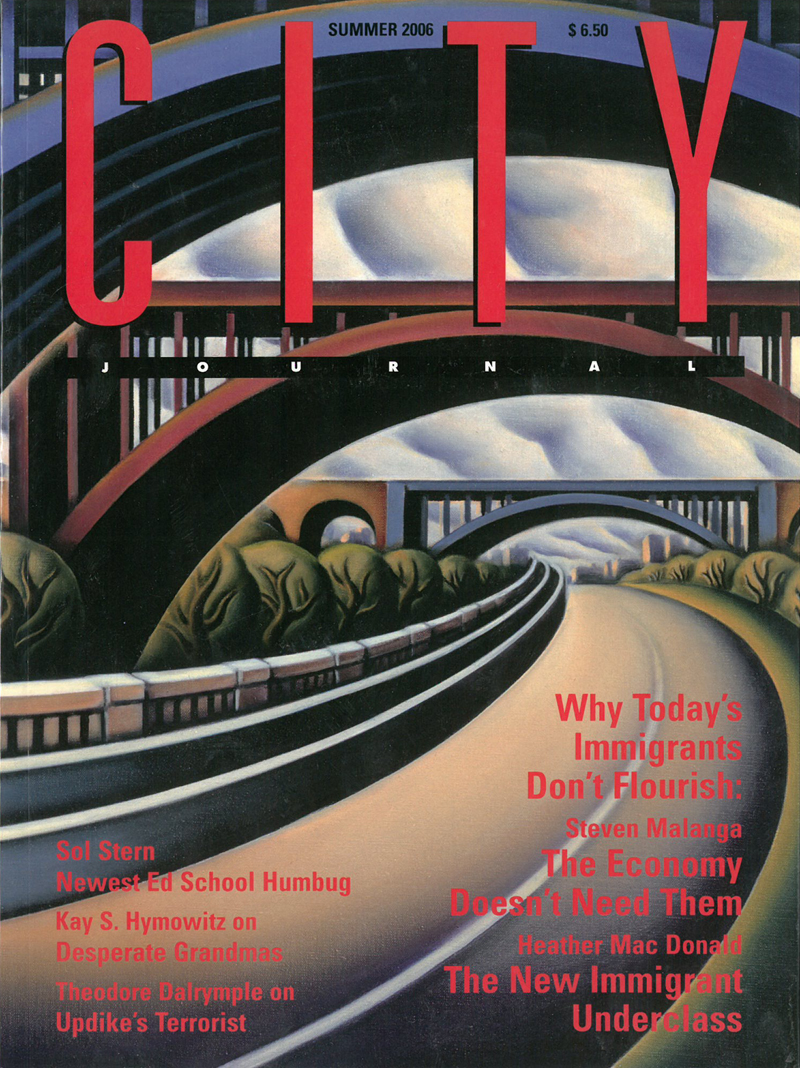