Chinese mercantilism, centered on currency manipulation, is a fraught, even taboo topic. It provokes intense arguments related to free trade, as well as uncomfortable recognition of America’s new interdependence with —or dependence on—China. Yet the issue is vital for understanding U.S. economic performance. Neither the Bush nor Obama administrations worried much about China’s intervention in support of its trade advantage, but in the 2016 election, trade issues and the collapse in U.S. manufacturing employment figured prominently.

Economists estimate that China’s currency was undervalued against the dollar by 30 percent from 2003 to 2013. By intervening massively in currency markets—up to $2 billion a day in 2007—China kept the yuan priced artificially low.  This was tantamount to a form of mercantilism—intensive government intercession in support of maintaining a trade surplus—using a cheapened currency, which achieves an attractive price for export goods while keeping prices high for imports. Though many argue about Beijing’s actual motives, China ran a trade surplus at nearly 10 percent of GDP, while the U.S. floundered during the financial crisis.

But this isn’t the whole story: China also imposed tight capital controls, largely walling off its stocks, bonds, and banks from foreign investors by imposing extensive restrictions. Though this seemed to make no economic sense, for Beijing, it was worth foregoing these investments from a currency perspective: the financial inflows could have driven the yuan up and brought inflation, undercutting the real devaluation effort.

Because Beijing’s mercantilist efforts focused on currency manipulation rather than on obvious tariffs or import quotas, China could hold itself up as a champion of free trade. It’s not clear how much this currency manipulation contributed to China’s rapid industrialization, which was already underway. China now accounts for half of global steel production. Though Americans often assume that the U.S. exports sophisticated machine tools and imports simple manufactured goods made from these machines, trade figures tell a different story. In 2016, according to the Office of the U.S. Trade Representative, the top American imports from China were electrical machinery ($129 billion) and general machinery ($97 billion). The top American exports to China were “grains, seeds, and fruit” ($15 billion).

Many argue that China’s currency-management practices are nothing to worry about, and don’t constitute manipulation or mercantilism. China might have accumulated dollar reserves as a form of precautionary savings in case of a crisis, one argument goes. A cheapening yuan benefits both American consumers and Chinese manufacturers, goes another. Still others maintain that trade deficits, even massive ones, don’t matter, or that the U.S. has somehow kept the really good jobs, even as the global value chain in manufacturing has largely moved to China. Primarily, the apologetics for Chinese mercantilism tend to be made by people insulated from the negative effects of American deindustrialization. The general insight that trade is good while government intervention is bad has coarsened into the extreme belief that mercantilism doesn’t really exist—and even if it did exist, a government response would only make things worse.

These arguments have several common strands: they’re ideological rather than empirical; they don’t involve long-term thinking; and they are bipartisan. Politicians urging a response to Chinese currency manipulation have usually been ridiculed. In a 2012 presidential debate, Mitt Romney pledged to label China a currency manipulator on “day one” of his administration. His statement prompted mockery from some experts, who branded it as a dangerous example of economic naiveté. It is those experts who are naïve.

A simple but effective proposal by Peterson Institute economists C. Fred Bergsten and Joseph E. Gagnon is worth considering. Their idea: the U.S. should announce that, when faced with currency “aggression,” it will pursue a countervailing currency intervention. This credible threat would deter unilateral attempts at manipulation, they explain in their new book, Currency Conflict and Trade Policy: A New Strategy for the United States. The book is not just about China, and the authors don’t oppose globalization or free trade; rather, they worry that the lack of response to currency manipulation is creating a political backlash against free trade. “During the Great Recession,” they write, “when unemployment was high, [China’s behavior] contributed to the loss of millions of jobs”—though this wasn’t widely recognized at the time. They argue that if China’s currency manipulation had been curtailed during the last decade, “China’s average account surplus of $205 billion would have been nearly or entirely eliminated.” China would still have seen rapid economic growth, but U.S. trade deficits would have been much less.

At the moment, Chinese devaluation practices are in a lull, and the Beijing leadership recently intervened to support the national currency. But China is pursuing other mercantilist practices related to technology transfer, whereby firms seeking entry to Chinese markets are forced to share their intellectual capital with local companies under licensing agreements. This arrangement frequently results in Chinese “re-innovation” of the existing technology. The United States will need to counter these moves, lest it lose its competitive advantage in advanced research and development. And beyond concerns about China, the U.S. needs to improve its global competitiveness and upgrade its position in the global value chain.

We seemed better able to manage these problems in the past. The 1985 Plaza Accords, for example, which involved the five largest industrial countries, represented a coordinated intervention undertaken by Ronald Reagan’s Treasury secretary James Baker to weaken the overvalued dollar. The accords dramatically lowered the value of the dollar by 40 percent, and ultimately reduced the American trade deficit with Japan. The United States is a more distractible country today, though, less pragmatic and hard-headed than it was in 1985. We have been mostly asleep when it comes to understanding mercantilism or the causes and implications of domestic deindustrialization. Unless we come to terms with the adverse position that we’re in with our largest trade-deficit creditor, we could be in for a nasty awakening.

David Adler is an economics researcher and writer based in New York and the author of The New Economics of Liquidity and Financial Frictions (CFA Institute Research Foundation).

David Adler One state’s focus on creating a skilled labor force led to a revival in manufacturing jobs. 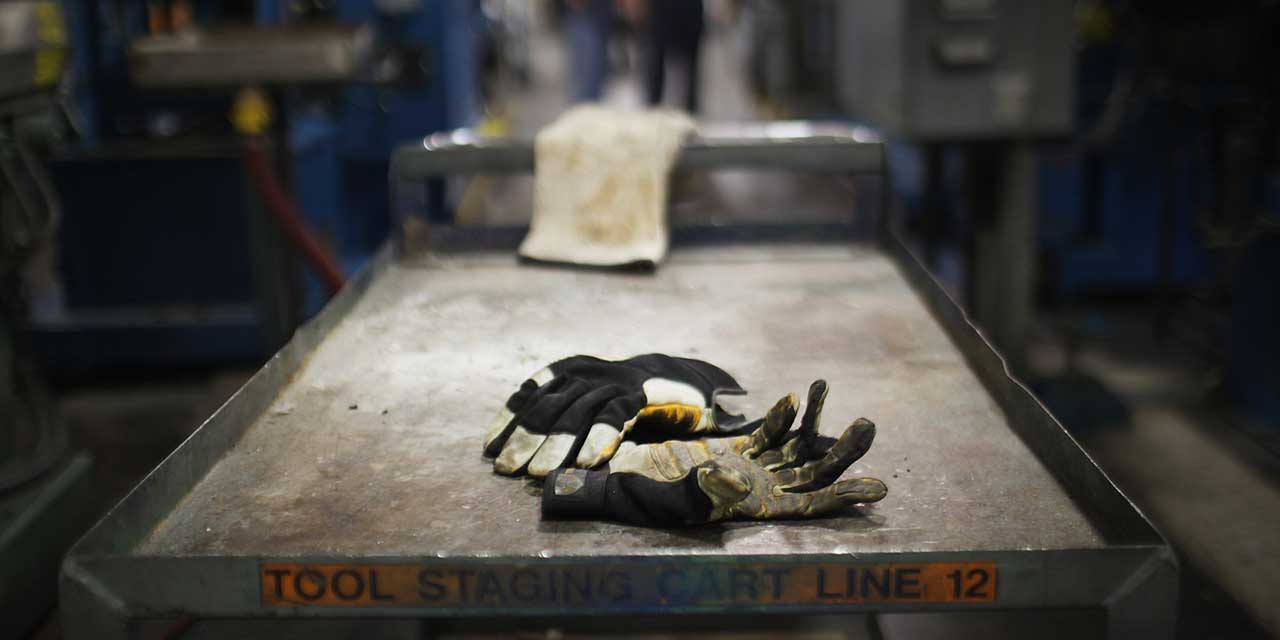 The Real Challenge for U.S. Industry