Call it a tale of two states. On the one hand, California is briskly creating private-sector jobs, led by a Silicon Valley hiring spree. Sacramento’s budget, deeply in the red just a few years ago, is running a surplus, thanks to big income gains by the state’s wealthy residents. Meanwhile, however, large areas of the state lag behind. Six of America’s ten metro regions with the highest unemployment rates—including blue-collar communities like Merced and Fresno—are in the Golden State.

Nearly two-thirds of Silicon Valley firms said that they were expanding their payrolls in 2015, while just 2 percent were cutting. Their employment gains have fueled increases in other local industries, including construction, retail, and hospitality. The San Francisco Bay Area has accounted for more than half of all job growth in California since 2007, though it accounts for less than one-fifth of the state’s population. Robust Silicon Valley earnings have also driven up income among the state’s elite and bolstered California’s budget. Last year, capital gains—profit from the sale of investments—accounted for nearly 10 percent of general fund revenues.

For other areas of California, especially those with blue-collar jobs, it’s a very different picture. Since 2010, the U.S. has added about 800,000 new industrial jobs. But California, for years the leader in manufacturing jobs, has contributed just 30,000 of those new positions, a gain of merely 2.3 percent. The state’s mediocre record on creating new industrial jobs may be one reason that its biggest metro region, Los Angeles, has fallen behind. With nearly 30 percent of the state’s population, greater Los Angeles has accounted for just 6 percent of new jobs in California since 2007. Though it has more than half a million industrial jobs, the area has seen no manufacturing growth during the national rebound. Perhaps more ominously, L.A.’s struggles predate the recession of 2008. In the past 20 years, greater Los Angeles has lost 3.1 percent of its jobs, according to a 2014 study by UCLA’s Anderson School of Management.

Greater Los Angeles also leads California in business “disinvestments”—that is, firms that close up facilities and move to other states. Government doesn’t track relocations by individual companies, but California business-consultant Joseph Vranich—whose Spectrum Location Solutions provides businesses with site-selection advice—has compiled a list of more than 1,500 firms that have left the state since 2008. Some industry studies approximate that more than five companies relocate for every one that publicly acknowledges doing so, making it possible that some 9,000 businesses have left California since Vranich started tracking the trend. Though state officials have claimed that there is no exodus, California has consistently ranked as the least business-friendly state in the annual CEO Magazine survey of executives nationwide. A 2014 survey by Site Selection magazine, which tracks openings of major new facilities requiring an investment of $1 million or more, estimated that California attracted the third-smallest number of new facilities of any state, when adjusted for population.

Disinvestment may help explain why California’s industrial job base is expanding so slowly. The Spectrum Location Solutions study found that industrial firms top the list of companies exiting the state, followed by pharmaceutical and medical-device makers. Firms that operate call centers and data-processing facilities, such as online retailers and providers of cloud services, are also moving out. Their top destination? Texas, followed by Nevada, Arizona, and Colorado.

When company executives explain their decision to leave, they almost always cite California’s taxes and regulatory environment. The founder of online women’s magazine Bustle.com, Bryan Goldberg, after moving his firm from San Francisco to New York in 2013, compared Gotham’s heavily regulated business environment favorably with California’s. Referring to the Golden State’s sky-high top income-tax rate, Goldberg said, “No more 13.3 percent of my income for you, California.” When Serfas, a maker of bicycle accessories, moved from Orange County to Phoenix, the firm’s general manager said: “With California and all the red tape, we couldn’t see ourselves expanding. We couldn’t even do our parking-lot sale at the end of the year. Some of the objections we had from the city and state, we felt, limited our opportunity for growth.”

Given the state’s political environment, California’s business disincentives are unlikely to change soon. In fact, firms face new and potentially higher taxes, including a move by left-leaning groups to make permanent the roughly $7 billion in increases passed through Proposition 30 in 2012, which are currently scheduled to expire in 2018. Progressive groups are also working to eliminate the tax cap on commercial property contained in Proposition 13, leaving in place only the protections for residential real estate. That would raise commercial property taxes by as much as $9 billion annually. Businesses also face higher fees from California’s cap-and-trade regime to limit carbon emissions.

California might be sizzling for high-tech enterprises in hot fields, but the state’s repressive regulatory environment continues to send many other businesses prospecting elsewhere. 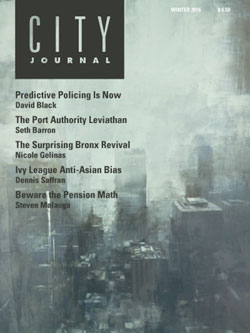