Last year, Bill Cosby rattled the race status quo when he called upon poor blacks to discipline their kids and “hold their end in this deal.” Now, quick as you can say, “Sign the book contract on the dotted line,” Michael Eric Dyson, University of Pennsylvania humanities professor and influential race intellectual, has responded with Is Bill Cosby Right? Or Has the Black Middle Class Lost Its Mind? And oh, how dismaying that response is. Dyson depicts Cosby as the embodiment of the black middle class’s betrayal of its less advantaged brothers and sisters. But it is his own condescending analysis that represents an elite betrayal of the ghetto poor.

According to Dyson, Cosby’s take on the black poor is not simply wrong; nor is it just another example of the old-fashioned, up-by-the-bootstraps exhortation that has echoed in poor churches throughout American history. Rather, it is a recrudescence of an age-old class war between the “Ghettocracy” (poor blacks) and the “Afristocracy”—the black elite that includes “lawyers, physicians, civil rights leaders” (noticeably absent in his list is university professors). The Afristocracy, Dyson explains, has long held its nose at the déclassé antics of the poor, a distaste that turns middle-class blacks into “accomplices to white panic and surveillance.” Cosby’s criticism, Dyson contends, shows him to be yet another of these self-hating race traitors.

What makes this analysis surprising are the airs that Dyson himself puts on throughout Is Bill Cosby Right? Cosby is a mere comedian, he sniffs, not someone “practiced or articulate in matters of public negotiation with the subtleties, nuances and complexities of racial rhetoric.” Professor Dyson, on the other hand, will “offer more sophisticated and subtle analyses of cultural traits and racial behaviors that have their roots in antecedent practices.” “This book,” he assures us, “is my attempt to unpack those issues with the clarity and complexity they demand.”

But Dyson’s grandiose postmodernism doesn’t lend itself to clarity. Consider such lucidities as “the strategies of black identity promote a provisional response to the stages, styles, and status of black identity,” and “the aesthetic ecology in which [black youth] are nurtured surely contains poisonous weeds and quicksand, glimpsed in sexist tirades on wax and the hunger to make violence erotic.” Moreover, though Dyson promises logic in contrast to Cosby’s emotionalism, he rarely refers to the comedian’s crusade without using charged words like “vicious” or “relentless.” Some Cosby supporters defend him by noting his philanthropy for black causes, but, says Dyson, that’s “like saying it’s okay to rape a young lady because you’ve given a million dollars to a women’s college.” The insinuation, if not the logic, is clear: Cosby is a sociopath.

As for the substance of Dyson’s “complex” argument, it’s nothing you haven’t heard hundreds of times before. Packed into this tendentious essay, it certainly isn’t going to convince skeptics. The cause of black poverty is structural. Jobs have fled the inner city. Discrimination keeps poor blacks from getting the few jobs left. Cosby accuses parents of failing to support their children’s education, but, counters Dyson, the real problem is that inner-city schools don’t get enough funds. Crime and family breakdown are not unique to the poor; rich people, including Cosby himself, also make poor moral choices.

“resistance to convention.” Cosby criticizes kids who sound like ignorant “knuckleheads.” Once again, Cosby has it wrong, says Dyson. Ebonics “grows out of the fierce linguisticality of black existence,” and in general, hip-hop “summons the richest response in the younger generation to questions of identity and suffering.” Boiled down, Dyson’s advice for the poor amounts to this: dress like you just got out of Attica, wear your defiance on your sleeve, and don’t bother trying, since the system is stacked against you anyway.

Cosby’s approach is quite different. He doesn’t cite studies or deconstruct. He simply exhorts parents, in the tradition of the uplifting revivalist, to do the things that will focus their kids on school and prepare them for better lives. The reason that thousands of people—many, if not most, poor—have lined up to hear him is that, while his advice may not be complex, it is right.

You can’t say the same about Dyson’s implicit counsel. Still, the professor is right about one thing: this is a class war between the elites and the poor. What he doesn’t get is which side he’s on. 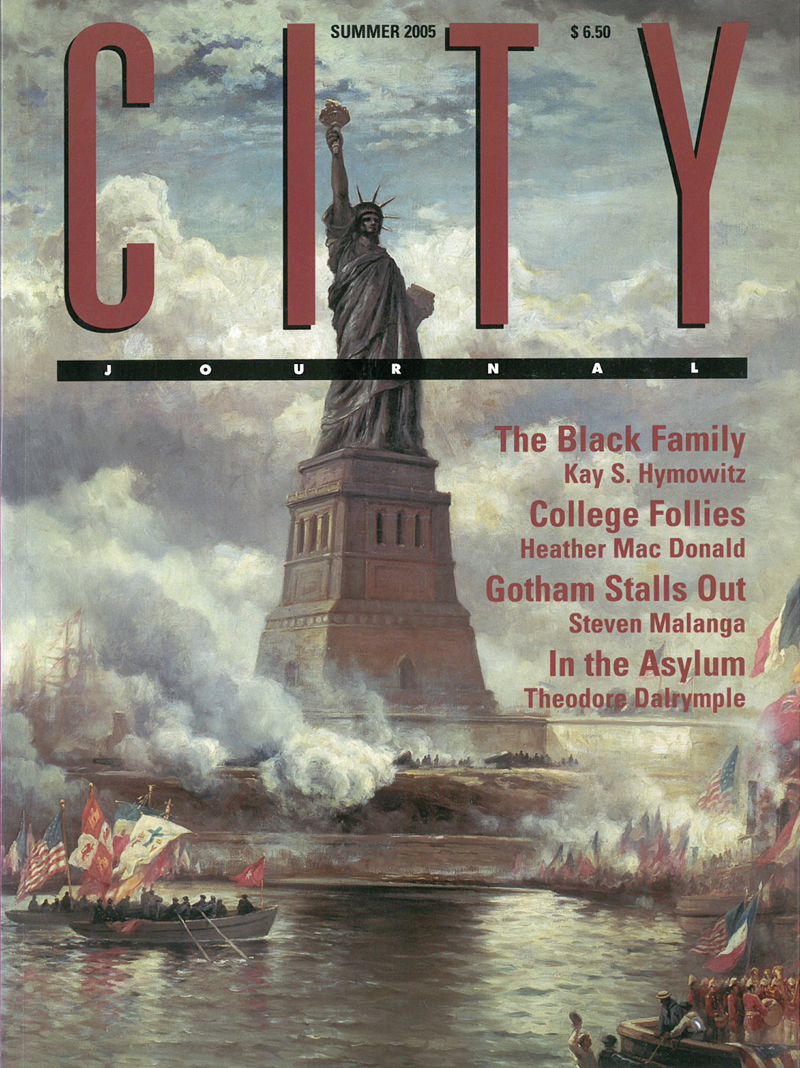 Kay S. Hymowitz Latino voters surprised (and disappointed) progressive observers on November 3 because they are more likely to respond to economic issues than identity politics.

Kay S. Hymowitz A new book proposes that we rapidly expand the population in order to maintain our greatness.
More on 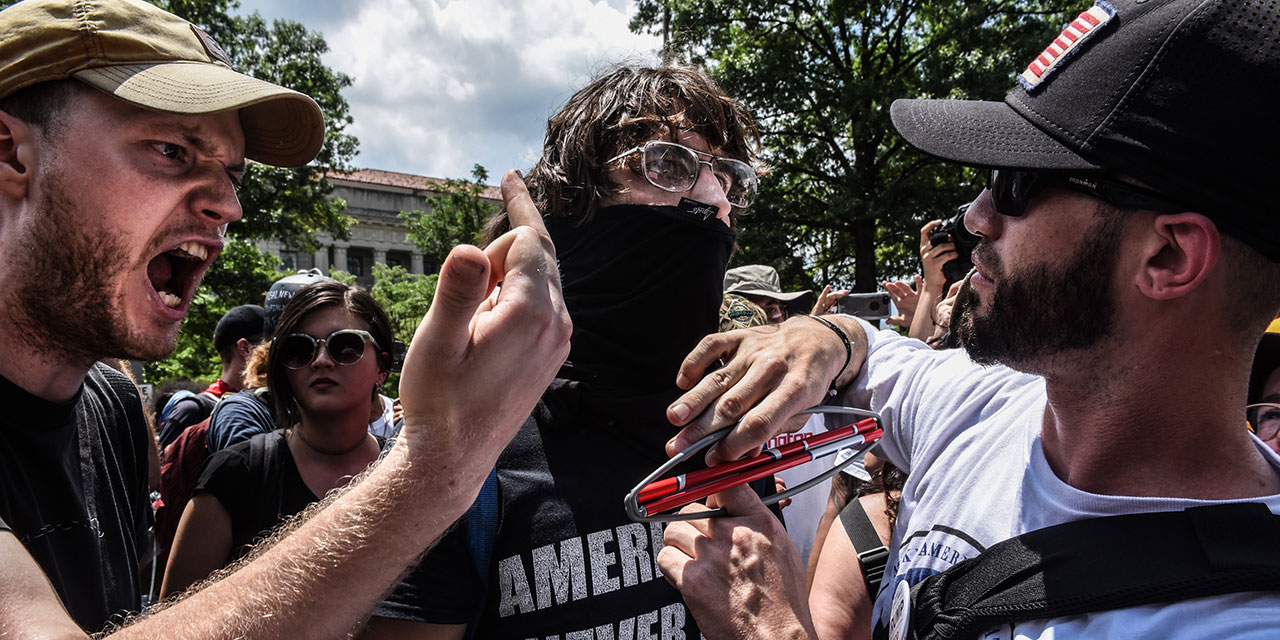 What’s Next for Antifa?

Jacob Zenn A Biden administration might have trouble putting this genie back in the bottle.