In August some 125 protesters gathered outside a downtown Baltimore courthouse, waving signs, demanding justice, and chanting "We shall overcome." What made the scene unusual was that the crowd was almost entirely Korean-American.

They had gathered to protest a jury verdict that has become both a symbol and a measure of anti-Korean sentiment in Baltimore. In September 1993 Joel Lee, a 21-year-old Korean-American college student, got lost and wandered into the Dutch Village housing project. Within minutes he was dead, shot in the face during a robbery. Police arrested Davon Neverdon, a 20-year-old unemployed black man, for the murder. The case against him was powerful: four witnesses—including three of his friends—swore they saw Neverdon kill Lee after taking his wallet. Another witness testified to hearing Neverdon brag about the killing.

But in July a nearly all-black jury (one juror was Pakistani) acquitted Neverdon. According to one member, the jury believed Neverdon was an innocent victim, framed by witnesses "jealous" of his efforts to "do good for himself." (Neverdon was considering taking a high school equivalency exam at the time of the killing.) During the trial one juror had sent a note to the judge saying race "may be playing a part in the deliberations."

Korean-Americans aren't getting much sympathy from the Baltimore establishment. A Baltimore Sun editorial answered their protests by blaming Koreans for black animosity. Unlike Italian and Jewish shopkeepers earlier in the century, the editorial intoned, Koreans "have not been as successful in bridging the cultural and language gaps. Consequently, the lack of communication and understanding has created a gulf between these two groups.

It's a gulf that the city government has widened: last year the city canceled the leases of Korean-American merchants in West Baltimore's city-owned Lafayette Market in order to increase the number of black shop-owners.

Korean immigrants have been slow to become politically active in American cities. (See "Why Koreans Succeed," City Journal, Spring 1995.) But given the hostility they have faced in Baltimore, it's little wonder they've taken to the streets in protest. 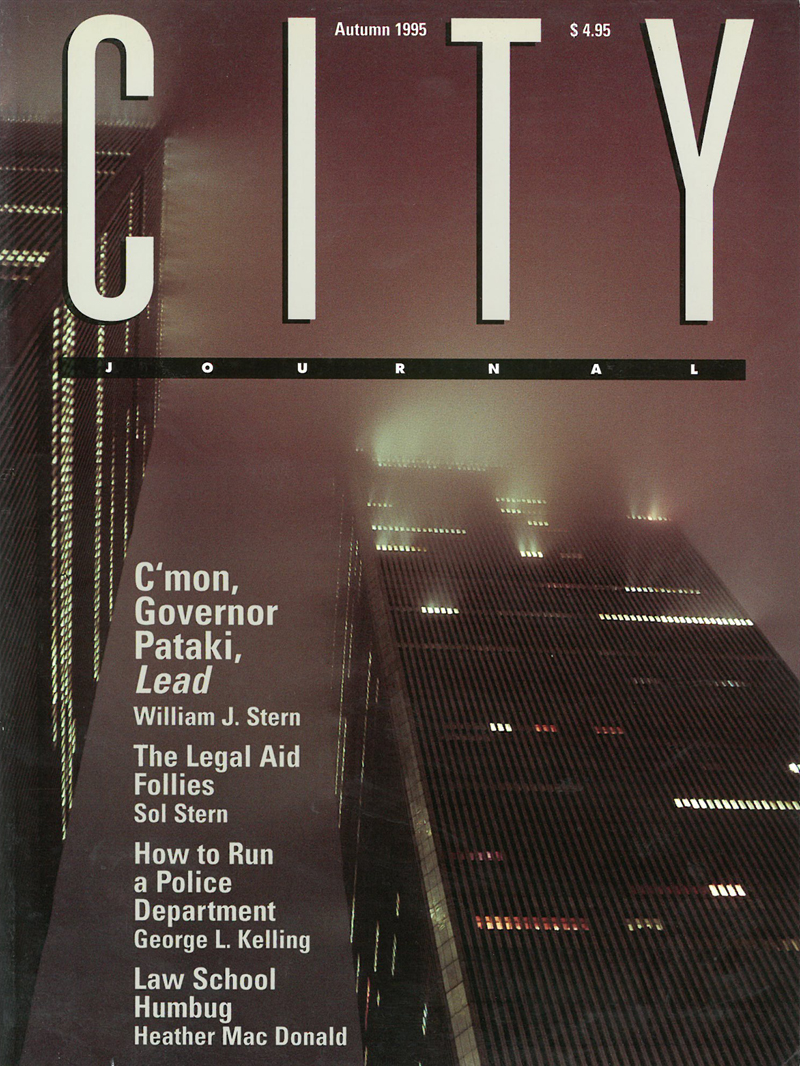