In the face of a series of crucial decisions for President Trump concerning certification of the Iran nuclear deal and continuing waivers from sanctions, the European Union is lobbying hard in the mullahs’ defense. These efforts culminated in a meeting Thursday between representatives of the EU/E3 including France, Germany, and the U.K., and Iranian foreign minister Mohammad Javad Zarif, on the eve of the president’s first review deadline under the so-called Corker-Cardin legislation.

EU High Representative/Vice President Frederica Mogherini released a written statement following the meeting that exposes the hollowness of the accord. “The deal is working,” Mogherini asserts. “It is delivering on its main goal, which means keeping the Iranian nuclear programme in check and under close surveillance.” Leave aside for a moment Obama administration predictions that the deal would have a “moderating influence” on Tehran, putting it on the path to entering the “community of nations,” for which no evidence exists; Mogherini’s contention that the deal has kept Iran’s nuclear program “in check and under close surveillance” is demonstrably unproven, and if Iran has its druthers, unprovable. While Mogherini cites the International Atomic Energy Agency’s (IAEA) “nine reports that Iran is fully complying with the commitments made under the agreement,” she omits what the IAEA cannot or will not verify regarding compliance. As I noted prior to President Trump’s October 2017 decertification decision, the IAEA has admitted that it can’t inspect the military sites where Iran’s illicit nuclear activities would likely be carried out, and Iran has said that it won’t provide access to such sites.

Mogherini continues: “The European Union remains committed to support the full and effective implementation of the agreement, including to make sure that the lifting of nuclear related sanctions has a positive impact on trade and economic relations with Iran, including benefits for the Iranian people.” Perhaps Mogherini’s apparent dismissal of the recent protests in Iran represents a Freudian slip. According to Western media sources, the unrest centers on the economic grievances of the Iranian people (whom Mogherini claims to be championing) against a regime that has enriched itself while lavishing funds on its proxy forces abroad—with the fruits of the very sanctions relief that she and her EU counterparts are fighting so doggedly to maintain.

It’s a clever gambit to frame the deal as helping the Iranian people through increased trade, but the deal has two primary economic beneficiaries: the Iranian regime and the Western companies doing business with it. After all, the Islamic Revolutionary Guard Corps (IRGC) itself is the dominant player in Iran’s economy, deeply embedded in sectors from oil and gas to shipping, aviation, finance, and telecommunications. As I’ve noted previously, at the time of the deal’s passage the IRGC controlled an estimated 20 percent to 40 percent of the nation’s economy and generated income up to an estimated one-sixth of its GDP. Another regime entity enmeshed in Iran’s economy but no longer subject to sanctions is “Setad,” Ayatollah Khameini’s holding company, valued at an estimated $95 billion. A 2015 Reuters report describes Setad as having “stakes in nearly every sector of Iran’s economy . . . built . . . on the systematic seizure of thousands of properties belonging to religious minorities, business people, and Iranians living abroad.” Reuters noted that “dozens of Setad-linked companies were never directly named by the U.S. Treasury and may not have been affected at all by the sanctions.” It’s hard to imagine that any strategically significant enterprises in Iran are not directly or indirectly linked to the mullocracy.

Meanwhile, multinational corporations with operations from Europe and the U.S. to China have agreed to billions of dollars’ worth of deals with Iran over everything from airline and automobile sales to oil and natural gas projects—with ties between Iranian trading partners and terror organizations conveniently ignored. Within hours of the EU/E3-Iran meeting, perhaps to put an exclamation point on the economic significance of the deal, Italy and Iran announced a $6 billion investment agreement funding joint projects covering “infrastructure, construction, oil and gas, electrical energy, and . . . chemical, petrochemical and metallurgical industries.” As many European officials argued at the last certification deadline, the Iran deal means big money, leading, they claimed—obscurely— to political liberalization.

Days into the protests, Mogherini released a statement reading in part: “In the last days, we have been in touch with the Iranian authorities. In the spirit of frankness and respect that is at the basis of our relationship, we expect all concerned to refrain from violence and the right of expression to be guaranteed, also in light of the statements made by the Iranian Government.” This mealy-mouthed statement sets up an equivalence between powerless civilian protesters and the armed might of a theocratic regime. “It’s as if Mogherini believes that Iranian demonstrators are arresting and silencing members of the state Basij militia, and not the other way around,” Bloomberg’s Eli Lake wrote. “And why does she speak of openness and respect? Has the European foreign policy chief not followed the ordeal of European dual national citizens, detained on trumped-up charges in Iran?”

The sad answer is that Mogherini—and presumably the European leaders who echoed her—are either afraid of the consequences of challenging Iran from a national security perspective or afraid of pushing Tehran to ditch the deal, lest Europe lose access to Iranian markets. When it comes to the Europeans, fear begets appeasement. Iran understands this, which is why General Hossein Salami, head of the IRGC, recently declared that Iran would increase the range of its ballistic missiles if it feels that Europe has become a “threat.”

This is blackmail—but with an all-too-willing victim.

Benjamin Weingarten The Democrats have ceded the Jewish State to the GOP for future political gain. 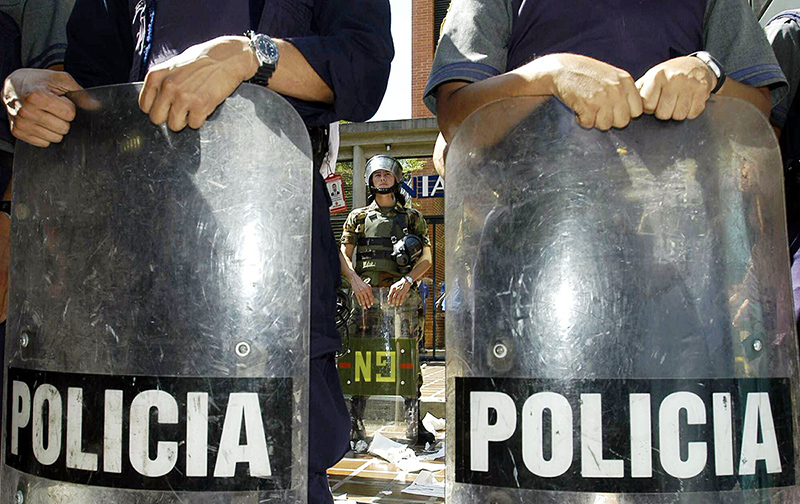