It is traditional, upon moving from New York, to write an essay with a title such as "Los Angeles Oui, New York Non." Typically, the author confuses his own departure with the ruin of the city. For the modest, the logic is: the city is in decline; therefore I am leaving. For those whose teachers have succeeded in inculcating healthy self-esteem, it is: I am leaving; therefore the city is in decline.

This isn't one of those pieces. True, my departure is a catastrophe for the metropolis, but no worse than the blizzard of 1888 or the Great Depression. In time, New York will recover.

This essay is built on hard economic science. I am leaving this city that I love simply because I found that I could not crash through the SPT, the Social Policy Threshold—the income level a family must attain in order to survive the perverse effects of bad social policies.

In calculating the SPT for Manhattan, we begin with rent control. My family consists of husband, wife, son, daughter. That means we will require a three-bedroom apartment. In middle-class Manhattan, that costs around $3,400 a month: to afford such a rent, pre-tax income must be in the $190,000 range. We're touching 200G after only one social policy.

In a city with a lower SPT, the situation is much different. In Washington, not strangled by rent control, three-bedroom apartments are also hard to come by. But that's because families that require such space tend to live in—and here I proceed slowly so New Yorkers don't get confused—a building known as a "house." A house is a building with one apartment surrounded by a Central Park-like area known as a "yard." New York has a house; it's called Gracie Mansion. A three-bedroom house (with den) in a middle-class part of Washington costs about $1,800 a month.

This leads us to other social policy costs. New York boasts a lavishly funded school system that is avoided by all who can afford to. One must pay tuition at a good private school—some $16,000 a year per child. For my two children, that requires pretax earnings of about $60,000 a year. Two social policies, and the SPT is up to a quarter-million dollars. Washington, of course, has also screwed up its public schools. But its SPT is not as high. My son is leaving a superb Jewish school in Manhattan for one in Washington, where tuition is half as much.

Space does not allow a full enumeration of all SPT components. The tax bite is larger due to perverse fiscal policies; security costs are higher due to underclass-fostering welfare policies; burdens on small business mean that I have to pay $6 for a sandwich that sells in Chicago, say, for under $4.

Not every New Yorker earns $324,879.03 a year. This amount, I have calculated, through regression analyses too complex for you to understand, constitutes the SPT for middle-class New Yorkers. The people below this level can be divided into three groups. First, those who actually benefit from social programs, such as municipal workers. Second those who actually live in rent-controlled apartments, commonly known as "scum-sucking parasites." Finally, those who are romantic to the point of self-destruction.

Until recently I was one of the latter. I used to take my kids down to the playground in Central Park at 81st Street, filled with interesting kids and parents. I'd sit on the bench and look up at the towers of the Beresford, at 81st and Central Park West. "Isn't New York grand!" I'd think.

I am willing to endure only so much in order to be close to people who are enjoying the city I cannot afford. So we're off to Washington. There, for the price of one misguided New York social policy, I can afford to keep top city officials fully stocked with whatever they like. 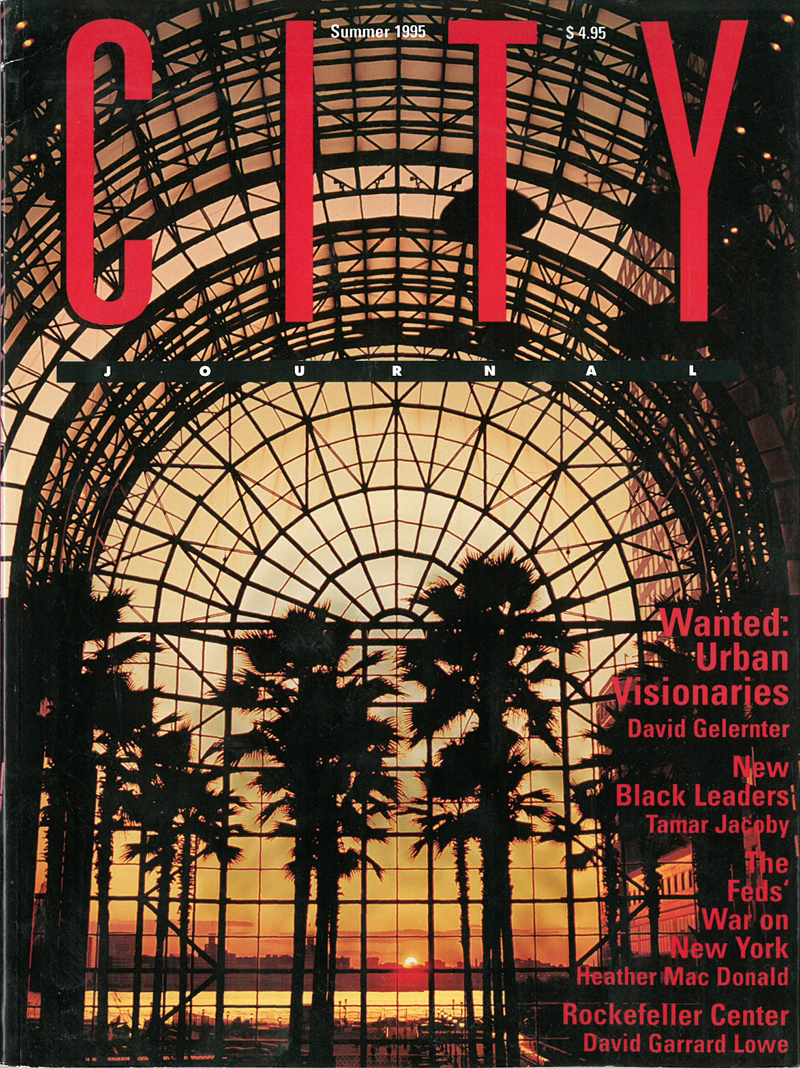